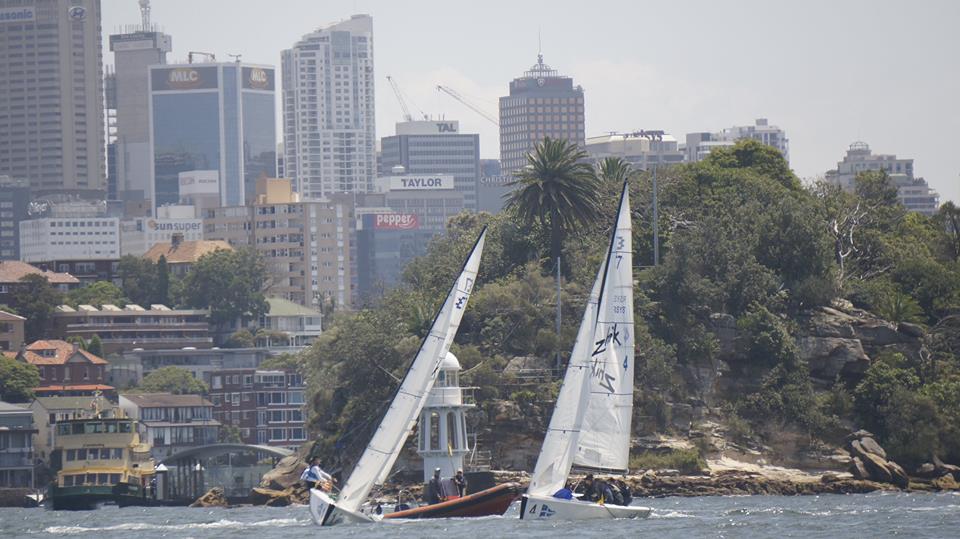 Crews of young sailors from Australia, New Zealand and New Caledonia will do battle on Sydney Harbour tomorrow (Thursday, 11 February) in the finals of the prestigious Hardy Cup Under 25 ISAF Grade 3 international match racing regatta.

At the end of today’s racing in perfect Sydney Harbour sailing weather (the NE breeze freshened from a mere six knots to a rollicking 19 knots, gusting to 24 knots, in the late afternoon) Australia’s Will Dargaville and New Zealand’s George Anyon share top billing. In third and fourth places are Australian Will Boulden and Cyril Fortin from New Caledonia.

The draw for tomorrow’s quarter-finals have yet to be announced.

Dargaville and his crew from Sydney’s Royal Prince Alfred Yacht Club, had an excellent day three of the regatta, winning four races in Round Robin 3 and four in Round Robin 4, finishing with 15 wins and five losses, a 75% score.

Anyon and his crew from Auckland’s Royal New Zealand Yacht Squadron, had three wins in Round Robin 3 and four in the final qualifying series. This gave the Kiwis 14 wins and six losses, a 70% score.

West Australian Will Boulden from Perth’s Royal Freshwater Bay Yacht Club, maintained his consistency with three wins in RR3 and the same in RR4 to finish with 13 wins and seven looses, a 65% result.

Cyril Fortin and his crew from Noumea’s Cercle Nautique Caledonien has sailed most impressive series to make the finals.

After just one win in RR1, Fortin and his crew scored four wins in RR2 and three in RR3. Unfortunately, today they could manage just two wins in RR4, finishing 10 wins and 10 losses, a 50% rating.

The two women skippers struggled, with the Cruising Yacht Club of Australia’s Emma May finish with 5 wins and 15 losses and the RSYS’s Claudia Thackray winning three matches and losing 17.