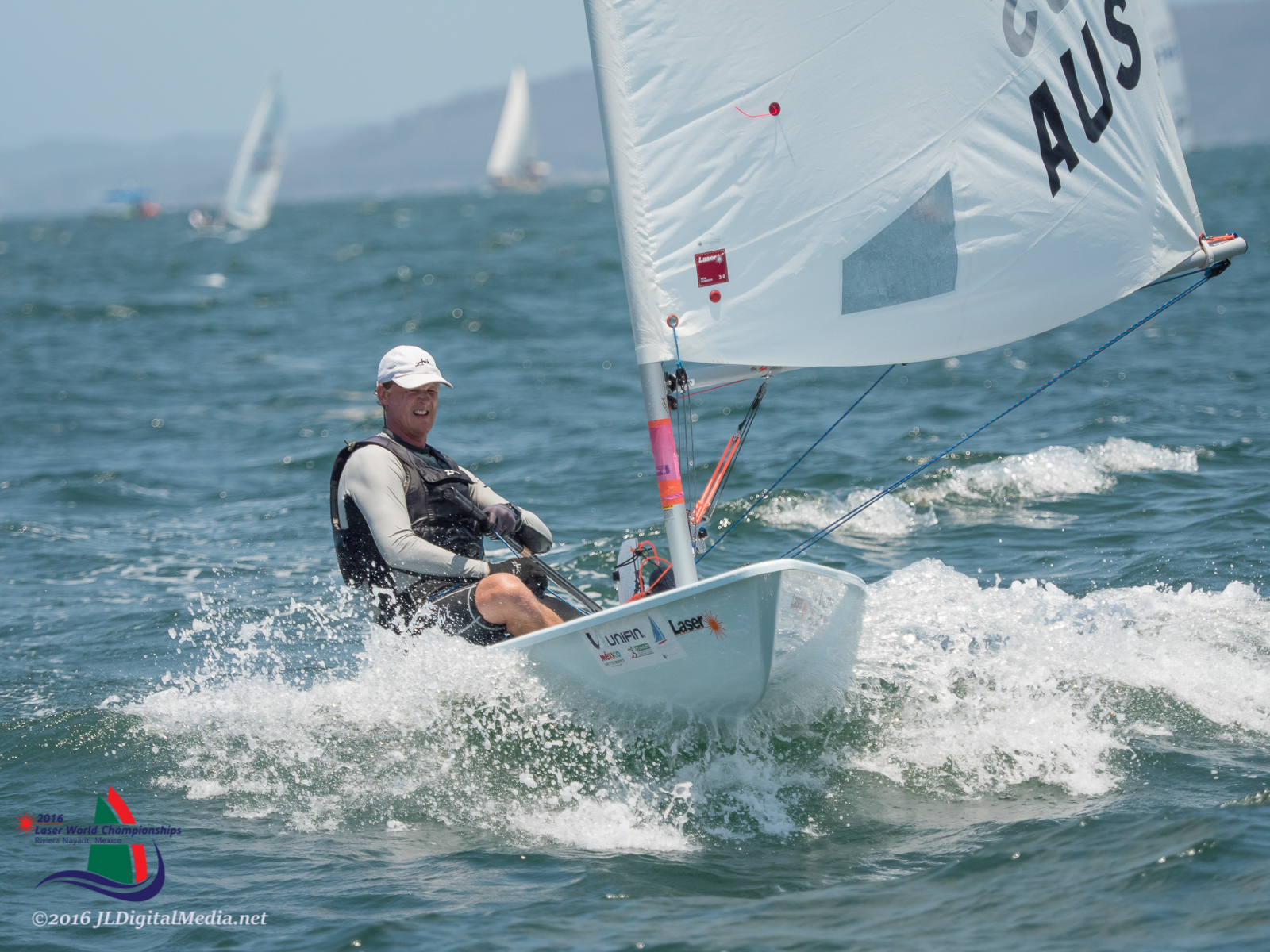 The wind gods smiled once again for the last day of the Laser Standard Masters World Championship, capping off the regatta with epic sailing conditions for the final two races of the event. The sailors enjoyed winds of 12-16 knots off the coast of Riviera Nayarit, Mexico to wrap up this year’s event in spectacular style. Most sailors favored the right side of the course again today, but the left side seemed to pay just enough to keep the sailors on their toes.

Defending champion, Mark Bethwaite from Australia, closed out a near flawless performance to once again claim victory in the Great Grand Masters Division. Mathematically, Bethwaite did not even need to rig his boat today in order to win his division, but as a true sportsman, he took to the water and enjoyed one of the best racing days yet. American, Doug Peckover, and New Zealander James Temple rounded out the top-three overall.

In perhaps the most tightly contested fleet, Australian Gavin Dagley sealed his win with a first and fourth place today to top the Grand Masters Division in front of Cristian Herman of Chile and Canadian Allan Clark.

After another stellar event, the sailors will enjoy the closing ceremony and banquet tonight where they will likely start making plans for next year’s rematch at the Laser Masters World Championship in Split, Croatia.