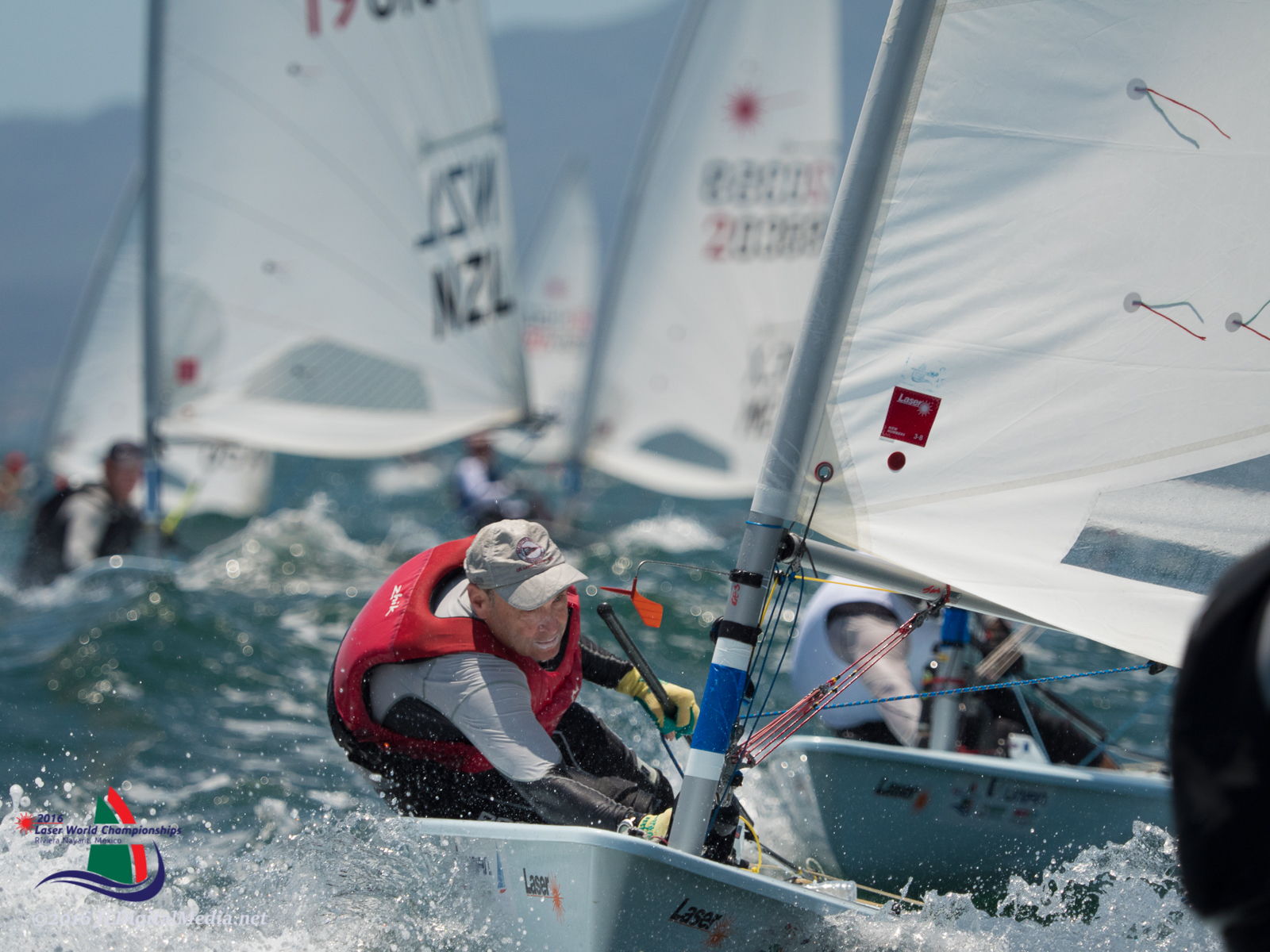 If you asked a Laser sailor to draw up the perfect day, a day where a Laser is its absolute most fun to sail, this would be it – sun, warm water, and a steady 12-15 knot breeze. These are the conditions that make upwind sailing a challenge and make downwind sailing an absolute blast. With the wind filling every day like clockwork, so far Riviera Nayarit, Mexico has delivered these perfect conditions in spades, and the sailors here have not been disappointed.

Right on schedule, the sea breeze filled and the day’s first race was started in a 10 knot, southwest wind that quickly built to 15 knots. Although going right still seems to be the most popular tactic for the majority of the sailors, like previous days, protecting the middle of the course again paid off.

According to Mike Matan from USA, “I made it a point in this regatta to not overstand the weather mark and it’s really helped me. I see a lot of people out there who go hard right and then end up reaching into the top mark and giving up distance. I’ve been making it a point to get back to the middle of the course a bit early and it seems to help.” Matan’s sixth and fourth place finishes today keep him in 7th place overall in the tightly contested Masters Division.

Leading the Masters Division is Australian Brett Beyer, who along with American Ernesto Rodrigues each had a first and second place finish today to remain at the top of the overall standings.

In the Grand Masters Division, Gavin Dagley of Australia kept things interesting by posting a 7th place finish in the day’s first race, putting him in a virtual tie with Chilean, Cristian Herman. But in the next race, Dagley vindicated himself with another bullet to open up a 5-point lead over Herman going into the final day of the regatta. The real battle in the Grand Masters Division looks to be for third place, with three sailors within 5 point of each other.

American, Doug Peckover, is certainly happy after his first race in the Great Grand Masters Division where he became the only sailor in the fleet to cross the finish line in front of defending champion Mark Bethwaite from Australia. Bethwaite’s second place finish becomes his discard, allowing him to keep a perfect string of first place finishes on his score line. Peckover remains in second place overall ahead of Australian, James Temple.

Tomorrow if the final day of the championship, and once again the forecast is for more, perfect Laser sailing conditions.