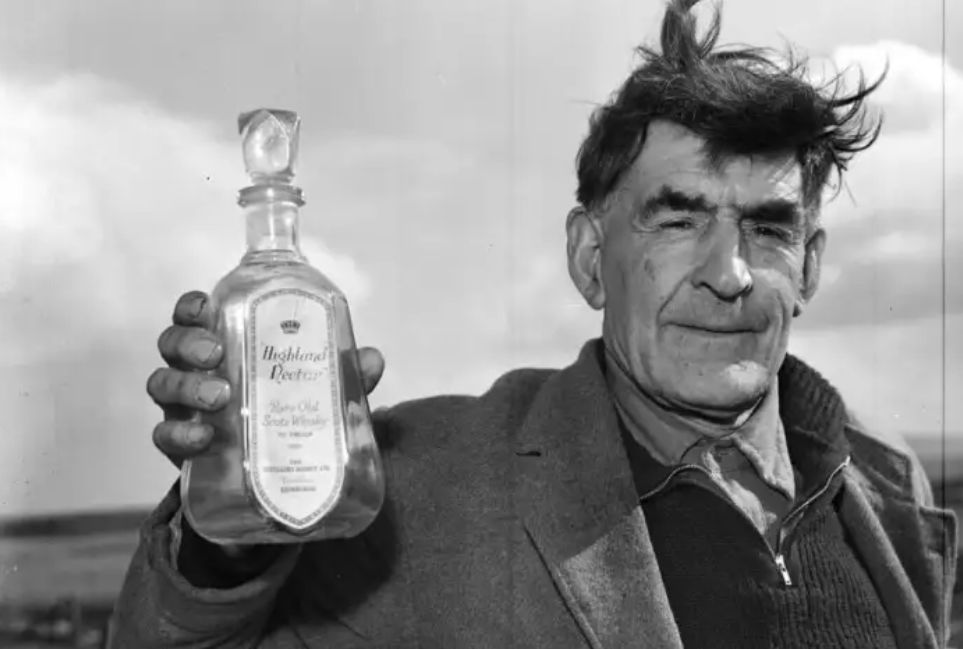 The Scotsman. By Alison Campsie.

The boat was en-route to Jamaica and New Orleans when it crashed off a tiny Scottish island, unleashing 28,000 cases of whisky, several barrels of bank notes – and a story that has endured to this day.

The merchant ship SS Politician wrecked in strong gales off Eriskay on February 5, 1941, with the local operation to seize the ship’s bounty – and the cat and mouse game between islanders and authorities – becoming the stuff of screen and stage following Compton Mackenzie’s 1947 novel, Whisky Galore.

Following the wreck, unofficial salvage parties started to form, with reports of men donning their wives dresses to prevent their own clothes becoming stained by the ship’s oil, according to accounts.

Hundreds of cases were successfully removed from the ship at a time of wartime rationing, with some crofters reportedly burying the bottles and sowing oats over the top to conceal the cargo.

Even in recent years, the stricken ship, whose hold also contained cotton, stoves, cutlery, medicines, baths and biscuits – has still released its treasures with eight bottles recovered following the wreck fetching £4,000 at auction in 1987. Two of them later sold at auction in 2013 for more than £12,000.

Six months after the ship, which set sail from Liverpool, hit sandbanks off Eriskay news of the displaced cargo started to filter through to the press.

On August 11, 1941, The Scotsman ran a story under the headline “Whisky from Wreck – Secret That Could Not Be Kept.”

A series of court cases at Lochmaddy Sheriff Court led to several crofters being jailed for up to two months for offences against the excise laws.

The story said: “Her cargo included several thousand cases of the best Scotch whisky intended for the American “ millionaire” market .

“When news of the shipwreck spread, boats went prospecting from the islands round about , even from as far south as Tobermory, and large consignments of the whisky were cached down in barns and byres along the coast.

Continue reading this fascinating story at The Scotsman to find out what happened to the money – and why the local customs agent blew up the wreck.