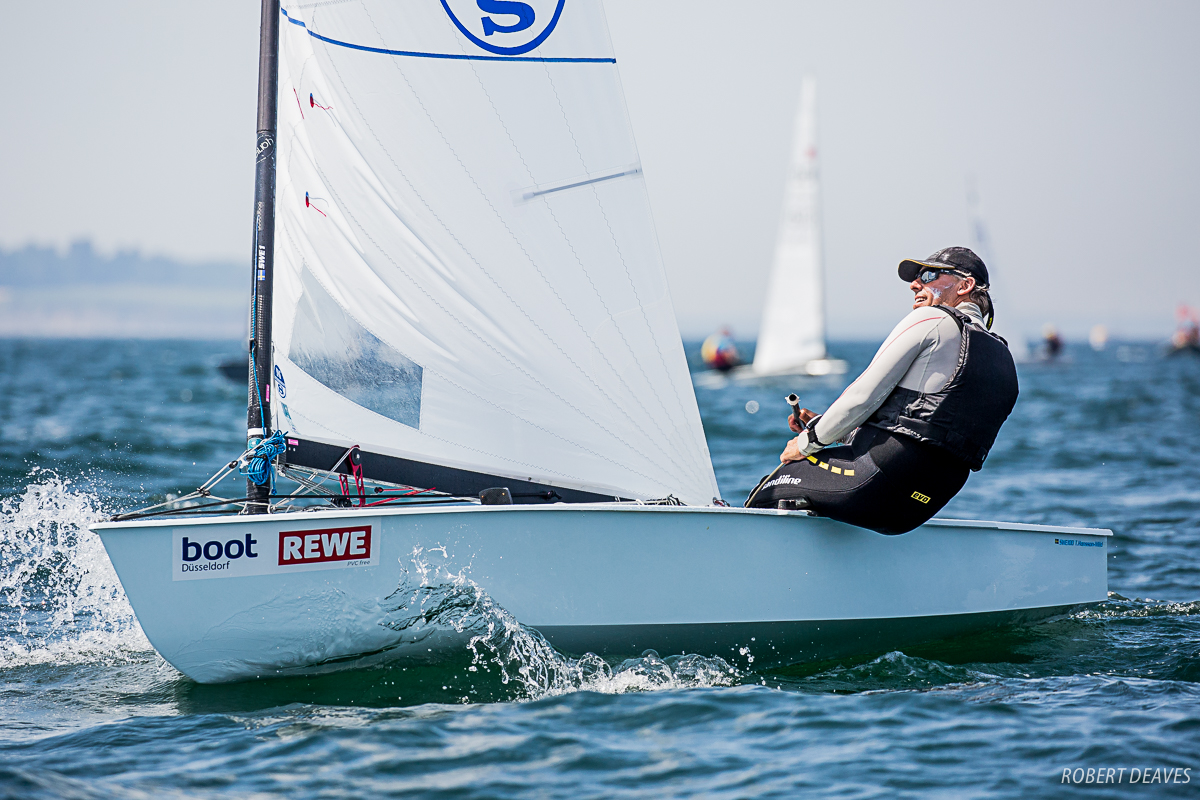 After the traditional end of season round of national championships across Europe, there is no movement in or out of the top 10 of the final OK Dinghy World Ranking List of the year. Thomas Hansson-Mild, still leads from Fredrik Lööf, both from Sweden, with Tomasz Gaj, from Poland, in third. In fact the top four all stay the same.

This is quite remarkable after 10 events in Britain, Denmark, France, Germany, Poland, Belgium and The Netherlands. Numbers were very high at most of the events as the class continues to expand and this list includes 43 new entries from the last list in July.

World No. 1, Hansson-Mild, consolidated his lead with a win at the 57-boat fleet at the Swedish nationals in Marstrand, venue for next year’s world championship. It was his 16th Swedish national title and he was clearly laying down a marker for next year’s main event. He finished just ahead of two newcomers to the class, Niklas Edler and Emil Bengtson.

The Danish championship was also well attended with 71 entries, with Mads Bendix taking a narrow win from Bo Petersen. The growing French fleet has been bolstered by a number of Finn sailors in the last year and at the Southern Nationals, Laurent Hay dominated the fleet in his first regatta in the class to take a sizeable victory.

Five time world champion, Nick Craig, also took a easy win at the 37 strong fleet at the British Nationals. Numbers and interest are already growing in the UK ahead of the 2021 World Championship on Lake Garda and the 2022 World Championship at home in Lyme Regis. Several more high profile names are expected to join the fleet in 2020 to add to the growing domestic fleet.

The German Nationals was the biggest national event in Europe this year with 83 entries. Sailed on Steinhude in central Germany it attracted boats from seven countries and was won by Oliver Gronholz from Gaj from Stefan de Vreis, of The Netherlands.

Gaj then went on to win the Polish championship and the Belgian championship to maintain his World No 3 placing. A total of 41 boats attended the Dutch championship on the Eastersee as the Dutch revival continues apace. Wolfgang Höfener, from Germany, took the win, while the top Dutch sailor was Stephan Veldman, in second.

The European season concluded with Veldman also taking the Autumn Trophy in Belgium, while Craig won the British end of season championship at the Ovington Inlands, the biggest class of the six fleets present, with 29 boats taking part.

The next ranking list will start with Sail Brisbane, Australia, from 6-8 December and runs through to the Turangi International Regatta, in New Zealand, in March. Early in 2020, national secretaries will be asked to confirm their ranking events for the year. The number of events included is slowly increasing as each nation is given the opportunity to have two ranking events per year.