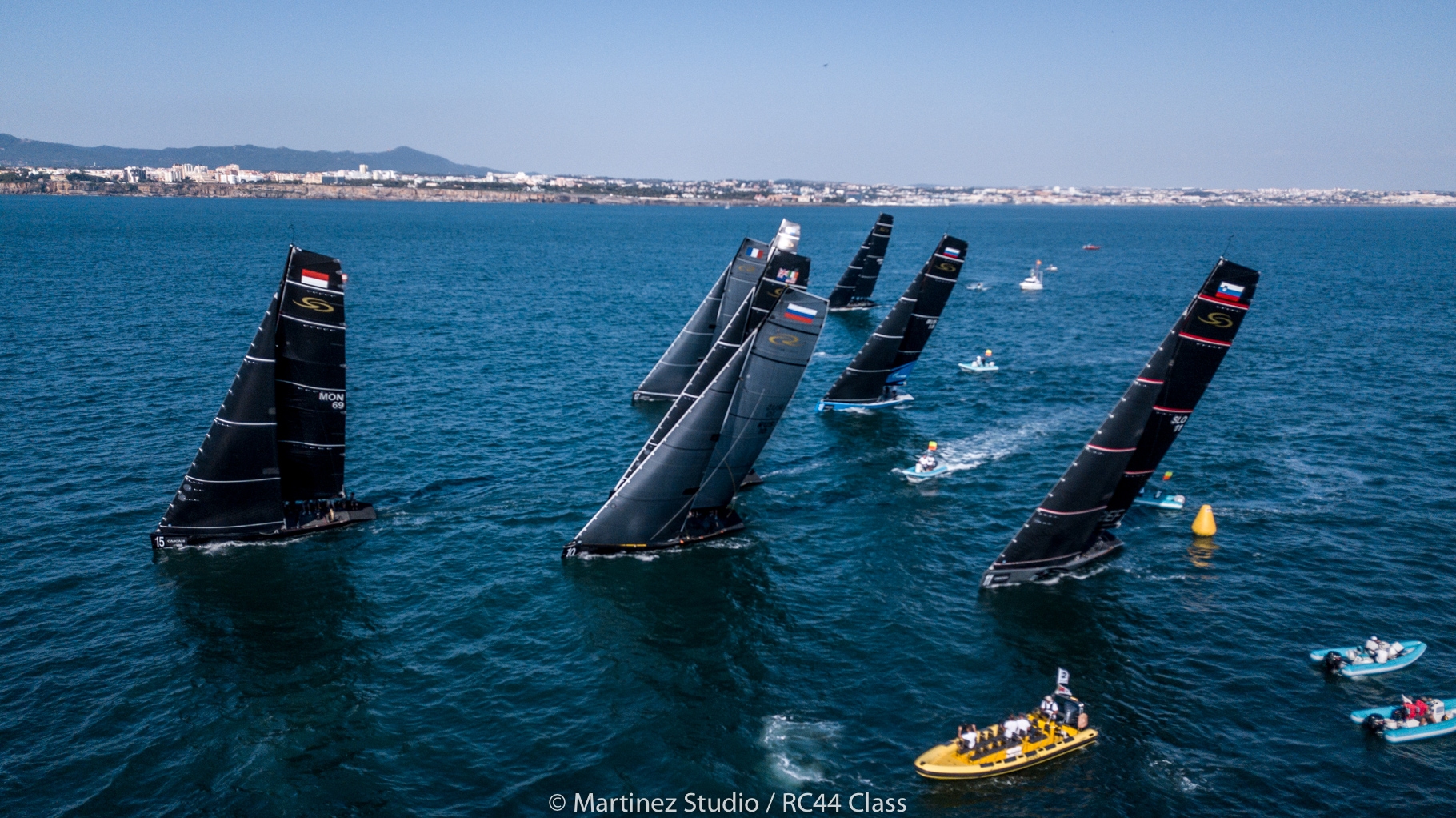 Team Nika became the first team ever to claim a third RC44 World Championship title after Vladimir Prosikhin, tactician Dean Barker and their crew were able to fend off Igor Lah's increasingly threatening Team CEEREF on the final day of racing off Cascais.

In NNW winds of 15 knots, it was the turn of Chris Bake's Team Aqua to claim the first race of the day, becoming the sixth boat to win a race at this World Championship. Meanwhile in the vital overall fight for the lead Team CEEREF closed the gap to three points, coming home fifth to the Russian team's seventh.

Race two saw Team Nika righting the wrongs of the previous race when they managed to creep round the top mark first ahead of Team Aqua. Bronenosec Sailing Team rounded in fourth and gybed early into increased pressure and a favourable shift. Within seconds she was able to take the lead and went on to claim her third bullet of the series. Behind, Nika managed to retain second as Team CEEREF secured third.

With the wind building to 20 knots and the sea state increasing, Team Nika finished the regatta in style. Winning the committee boat end at the start, she tacked and took the lead heading out to the favourable right side. From there Prosikhin's team sailed conservatively enough and making no mistakes claimed the final race to claim the RC44 World Championship title by six points from Team CEEREF.

Bronenosec Sailing Team's crew suffered near heart failure in the final race when their seventh place to Team Aqua's second almost caused them to lose their footing on the lowest rung of the podium. Ultimately they retained third overall, but only on countback to Chris Bake's team. Scoring a 1-4-2, Team Aqua was top scoring boat of the day, showing some of their previous Championship-winning form.

The RC44 Championship Tour concludes with its final event of the season over 14-18thNovember.