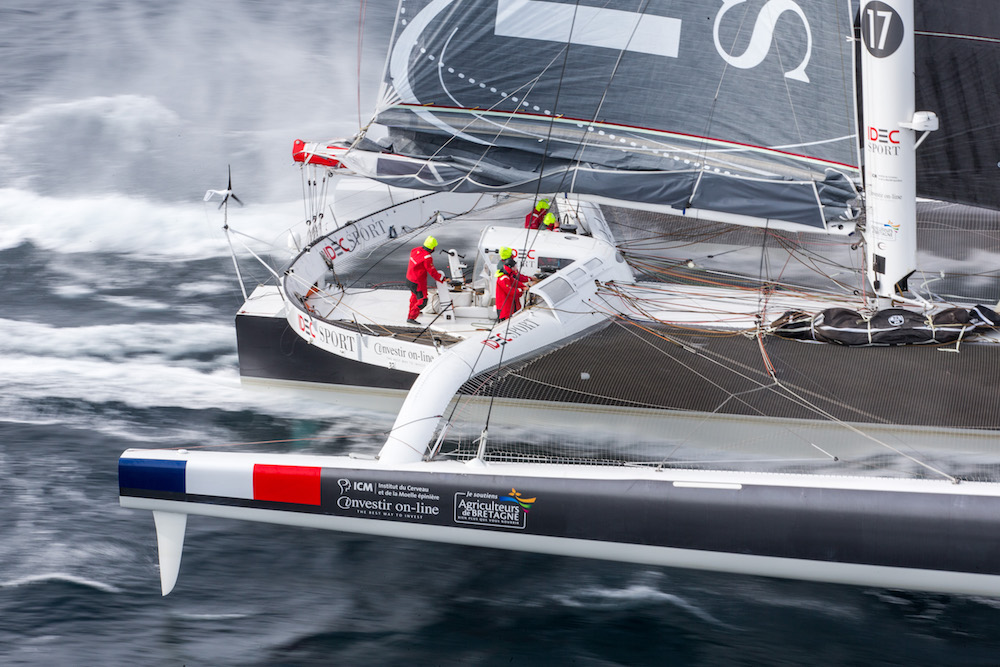 The Indian Ocean record between Cape Agulhas and Tasmania, which already belonged to Francis Joyon and his men, was shattered by more than a day between 29th December 2016 and 4th January. It now stands at 5 days, 21 hours, 7 minutes and 45 seconds.

IDEC SPORT also slashed almost a day off the South Pacific record set by Bruno Peyron and the maxi catamaran, Orange in 2005 (8 days, 18 hours and 8 minutes). Joyon and his crew took just 7 days, 21 hours, 13 minutes and 31 seconds to sail the distance between Tasmania and Cape Horn.

As a reminder, the time of 40 days, 23 hours, 30 minutes and 30 seconds is now the outright round the world record from Ushant to Ushant via the three major capes, Good Hope, Leeuwin and the Horn, referred to as the Jules Verne Trophy record.

The WSSRC has recorded the following reference times:
Dates: from 16th December 2016, start at 0819hrs UTC, to 26th January 2017 at 07:49:30 UTC.
The international body recorded an average speed of 21.96 knots over the theoretical distance of 21,600 miles.
Francis Joyon and his men actually sailed 26,412 miles out on the water, at an average speed of 26.85 knots.
They shattered the previous record held by Loïck Peyron and the crew of the maxi trimaran Banque Populaire V by four days, 14 hours, 12 minutes and 23 seconds.