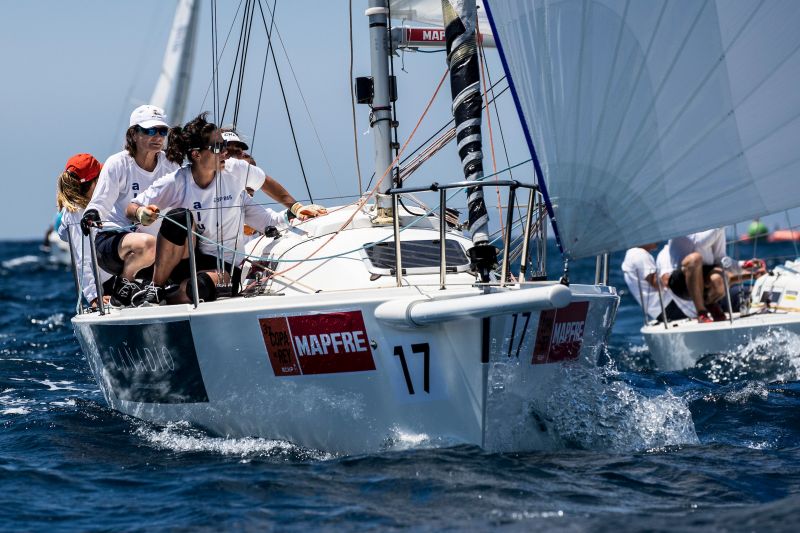 2019 is set to be a year of great changes in the Copa del Rey MAPFRE. Following the recent announcement of the new classification system (including a final stage and the new distribution of the ORC classes), a new Women’s Class will also be added to the 38th edition, with the aim of reinforcing female participation in the sport of sailing, as it is being supported for the olympic classes in Tokyo 2020 and Paris 2024.

The choice of a one-design such as the Viper 640; suitable for crews of up to four sailors, was one of the main driving forces behind the new class. The class offers the opportunity to put each skipper and their crews’ talent and skill to the test, under exactly the same conditions. The one-designs will be handed over three days before the first race under a draw system, which ensures maximum equality between teams, with exactly the same preparation and training time for their boat and crew.

The ten all-female crews will compete in the 38th Copa del Rey MAPFRE under the new classification system, which takes place in two phases: Monday to Thursday with up to eight races and a discard, and the final stage from Friday to Saturday with three further races and no discard.

Javier Sanz, President of the Real Club Náutico de Palma, explained, “We have taken one more step towards facilitating the participation of female teams in the Copa del Rey. Traditionally in fleets of up to 150 boats there have only been one or two teams of women. This way we have ensured the participation of ten teams, and by competing in a women’s one-design class, we will definitely have a winning female team in the Copa del Rey MAPFRE 2019.”

Regarding the choice of the one-design class, Manuel Fraga, Sporting Director of the RCNP, added, “It wasn’t easy to define the racing model or the type of boat to use, but after testing different models, we decided on the Viper 640 for its reliability, simplicity, and spectacular sailing possibilities.”