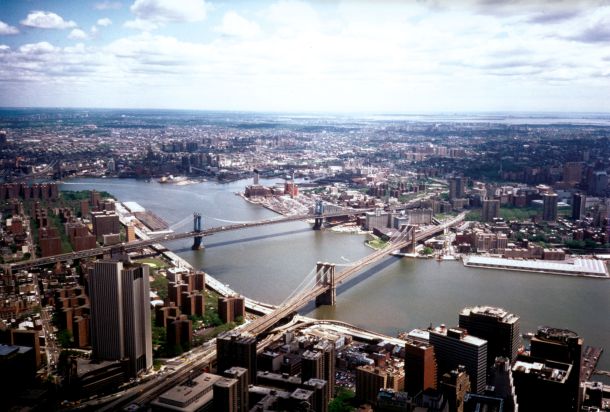 The Transat will finish in New York. Photo © FreeImages.com/Dario Lucarini.

The first ever single-handed ocean yacht race, that was originally staged in 1960, is set to return in 2016 when some of the world’s best solo sailors and most spectacular yachts will take on the classic 2,800-mile course of The Transat, from Britain to the United States.

Fittingly the 2016 edition is returning to its original course with the start from The City of Plymouth on May 2nd and the finish line off Manhattan, New York, for the first time since the inaugural race 55 years ago.

Hervé Favre, Offshore Sailing Events Director of race owners and organisers OC Sport said: “The Transat is going back to its roots, and we are delighted to finish in the same host venue used in the very first edition in 1960.

“The finish in New York is going to be a fantastic spectacle for both the sailors and the public. With the backdrop of the cities skyscrapers and the Statue of Liberty, it is an iconic venue. This race is a piece of living history and it is a hugely exciting time to be able to build on that in this modern day. We can truly say The Transat 2016 is the rebirth of a classic.”

One of the classics of world sailing, The Transat has made the names of some of the greatest yachtsmen and women of the modern era, among them Sir Francis Chichester, Eric Tabarly, Dame Ellen MacArthur, Philippe Poupon, Loïck Peyron and Michel Desjoyeaux. It offers a tough and unrelenting challenge to windward across the wastes of the north Atlantic where hazards include ferocious storms, icebergs, freezing fog, whales, and debris in the water.

Over the years, The Transat has proved a testbed for the latest innovations in yacht design and winning times have cascaded down from 40 days in 1960. The current monohull (IMOCA 60) record is 12 days, 11 hours and 45 minutes set by Loïck Peyron (FRA) on board Gitana in 2008. The multihull (60ft) record is an astonishing 8 days, 8 hours, 29 minutes set by Michel Desjoyeaux (FRA) on board Géant in 2004.

Peyron, who has won The Transat three times, commented: “The history of The Transat is over 50 years old, and to be going back to New York is going back to its origins, to the real crossing. It is a symbolic city.

“To me it is a special race. The northern route is very tough as there are a lot of things to manage and it is a great challenge to be alone on the boat racing against other people. For the IMOCA 60 class, in my opinion it is the best way to be ready for the Vendée Globe.” And when asked if we would see him on the startline in 2016: “It could be a nice story for me to return to The Transat. I never say no…!”

Classes invited to take part in 2016 edition include Class 40 monohulls (40ft) and Multi 50 multihulls (50ft). Alongside them will be the IMOCA 60 Class (60ft), the world’s leading solo class, many of which will go on to contest the 2016 Vendée Globe non-stop solo round world race, and what are likely to be the fastest entries, the Ultime multihulls, measuring anything from 60ft.

Entries will open with the publication of the Notice of Race in the comings weeks, with organisers OC Sport expecting around 40 boats on the startline on 2nd May. Teams interested in competing in The Transat, please contact Hervé Favre.