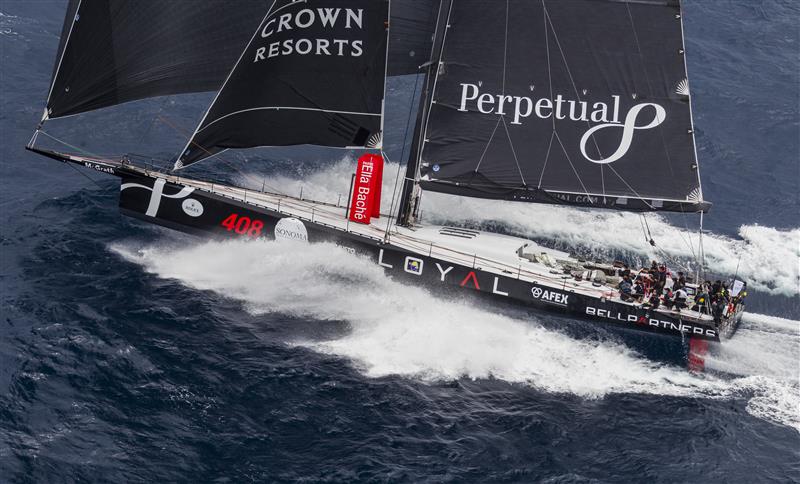 Managing Director of North Sails Australia, Michael Coxon had done 27 Rolex Sydney Hobart Races ahead of this year’s race. He has won line honours five times and the Tattersall’s Cup twice but he says it is just like going to work.

“I don’t know where the last 27 have gone and I think it just comes with the job. It is sort of saying ‘why do you go to work?’ You just go, you just do it,” said Coxon.

In this year’s race he was sailing on Perpetual Loyal. Anthony Bell’s maxi led the fleet out of Sydney Harbour before being over taken by Comanche and suffering from furling problems. The yacht then retired from the race – for the second year in a row – with steering problems. Despite the bad luck, he says he will keep going until someone younger comes along.

“It is like with any sport, there are younger people coming in and younger people, just as I did when I was younger, take the roles of the older people. I would rather step aside and grow old gracefully than stop a young person doing their job.”

Coxon has sailed with Bell for a number of years including the 2011 race when Investec Loyal took line honours. He became infamous for his radio call to a helicopter asking what sails Wild Oats XI was using. But winning that race was his most memorable Sydney Hobart Race moment.

“I would say my most memorable was winning with Loyal in 2011. I think everyone would agree on paper we didn’t have as strong a team or boat. We really had a great culture on the boat and we never gave up.”

Being the sail maker for a large portion of the fleet has its down sides. So far this year we know of three boats that have retired due to sail problems, including line honours favourite Wild Oats XI. This puts some pressure on the sail maker.

“As a sail maker I am very proud of our product and what we do. Every time I hear a boat has retired I hope it wasn’t because of a sail failure that we are responsible for. But these days that is less and less.

“In the old days before the technology with 3DI sails and all of that, we used to have a lot of sail failures, a lot of mainsail failures in the old panel days. It is very rare to get a catastrophic sail failure these days.

The boat’s engineering is a lot better now. Both boat, sail and all of the components are better engineered.”

Ahead of the Boxing Day start I asked Coxon what his predictions were for this year’s race.

“My predictions would be Comanche then Wild Oats. You ask why? I think because again it is very much weather dependant and I don’t know what it is going to be but Comanche sailed the boat hard for a year, it was a new boat when she came out a year ago.

“Wild Oats has done the Transpac which has been a credit to her but that is the only race she has done since the last Hobart Race. So I think Comanche having sailed around the world, they will be a sharper crew and will know their boat better. They would have worked on their weaknesses and I think that she will be a formidable team.”

Comanche has proved that they have learnt more about their boat. They have powered on after damaging their rudder and daggerboard and, at the time of writing, are leading the fleet with Rambler 16nm behind in second.