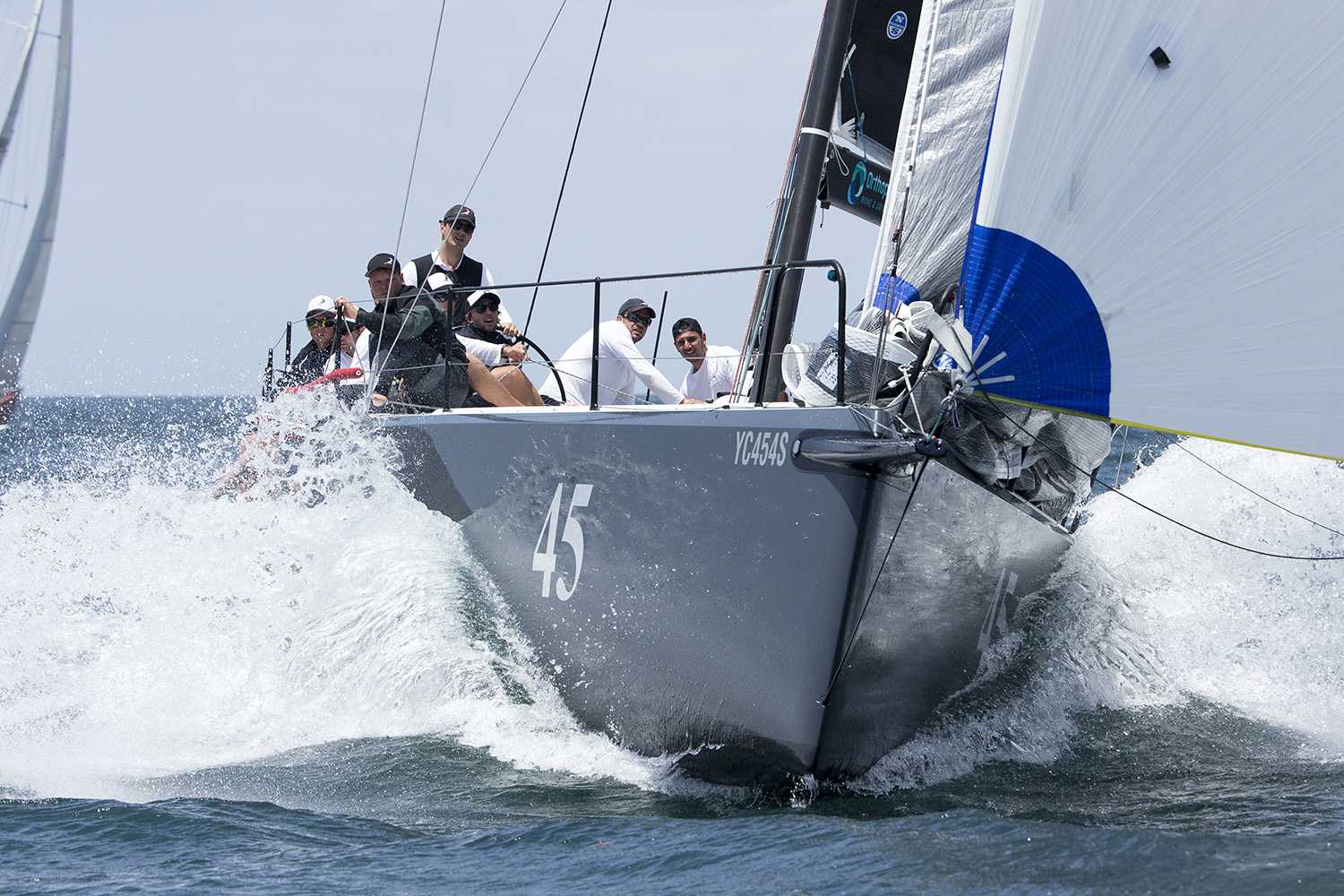 Having spent the last three years sailing a Beneteau 40, and enjoying some ocean racing Jason Ward was looking to step up with a new racing yacht. After competing in the Sydney Gold Coast Race in 2014 as a warm up for the Rolex Sydney Hobart Yacht Race, Ward started looking for something to go a bit faster.

“We wanted a 45 foot race boat that rated around the 1.3 mark on IRC; which depending on which events it would be, would be at the back end of division one or at the top end of division two. That’s always nice if you are the fastest boat in the division or it could work for you the other way as well.”

Premier Composites was looking for a boat of the same size to put on the market. They spoke to a number of designers and in the end five proposals were considered. Both parties decided on the Mark Mills design.

“I took Jason to Dubai in October and we talked about the Mills boat and the concept and looking to move forward. We signed a contract in January and it evolved from there.”

With the crew fresh out of Beneteaus it was necessary to ensure the boat was both simple for them to sail and functional. With a goal of competing in the 2015 Hobart Race, being waterproof was a necessity.

“We really put a lot of emphasis on going to Hobart and being waterproof was a big thing for a race boat. It is a struggle these days on most boats that get designed for regattas and to have the decks clean means there is lots of holes in the boat and lots of water downstairs.

“We have sacrificed a few things that needed bolting one, some pad eyes and stuff. We have got a tunnel for all the jib controls. The jib up/down and the jib car controls run through a tunnel under the deck. So that is all kept out of the way, nice and clean, waterproof. The only real holes we have in the boat is in the bow and that has a wet box in it any way.

At the time of writing, Concubine was sitting 16th on IRC and 15th on line honours from the finish line in Hobart. You can follow the fleet on the yacht tracker.