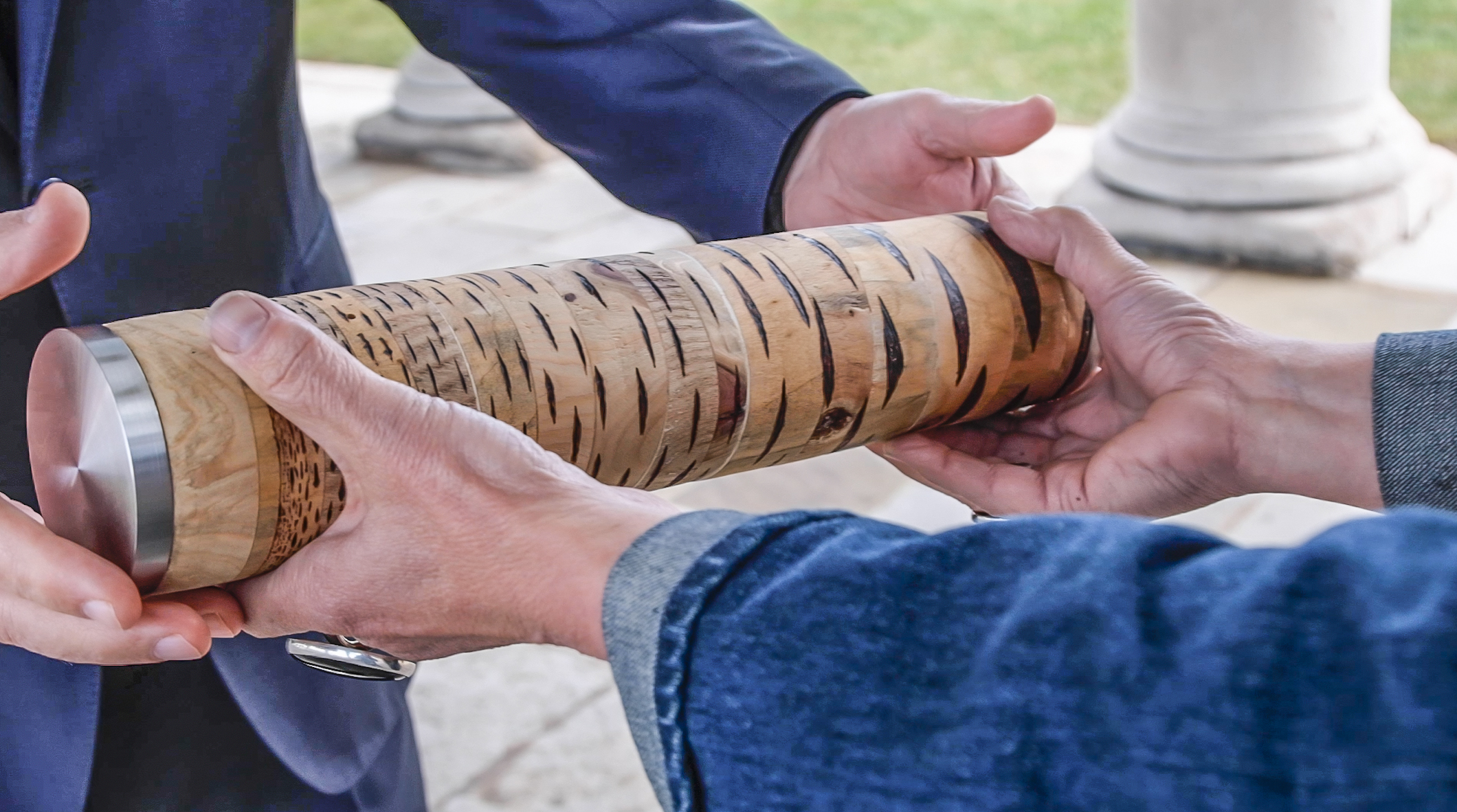 The launch of Relay4Nature marks the start of an exciting new collaborative program ahead of this year’s major global environmental and ocean summits and the initiative of The Ocean Race, Relay4Nature will involve a baton passing from team to team, shining a spotlight on ocean leaders, innovators, and advocates.

Relay4Nature is the product of two years of collaborative work between Richard Brisius, Chairman of The Ocean Race and Ambassador Peter Thomson, United Nations Secretary-General’s Special Envoy for the Ocean.
Relay4Nature will connect a global community of ocean advocates, giving them a platform to petition for a new and respectful relationship with nature.

They will be encouraged to contribute messages encouraging a commitment to the ocean, highlighting the globally shared responsibility to protect marine ecosystems. The messages will act as a call to action to urge world leaders to unite for stronger ocean governance, based on science and stewardship, for future generations.

The Relay4Nature baton was presented to Ambassador Thomson at the National Maritime Museum in Greenwich, London on 30 April and will continue its journey with participating teams in the Prologue Race and The Ocean Race Europe. The bespoke baton has been created by the visual artist Tania Kovats, whose work focuses on how art can address environmental challenges.

The baton will first pass to the European Commissioner, Virginijus Sinkevičius, in Klaipėda, Lithuania on 7th May 2021.

The Commissioner will pass the baton to the skipper of Ambersail-2, Rokas Milevičius, to begin its passage between teams in Prologue Race, which stops in Gdynia, Poland and Stockholm, Sweden before being part of The Ocean Race Europe. The latter will start in Lorient, France and visit Portugal and Spain before finishing in Genoa, Italy in mid-June.

From there, the baton and its collected messages will then be delivered to COP26 in Glasgow in November 2021.

Relay4Nature will continue during the training, hospitality and racing programs as teams prepare for the next edition of The Ocean Race, which will start in October 2022. Teams will be encouraged to engage with their key stakeholders, sponsors, host ports and affiliated organisations, contributing messages to Relay4Nature before passing the baton on to the next team.

“Relay4Nature is a great initiative,” Ambassador Thomson said. “The basic concept is to underline the inseparable link between the upcoming biodiversity, environmental and oceans conferences, with particular emphasis on COP26 in Glasgow. It brings all the challenging excitement and endurance of ocean racing to the process of transforming our world to net zero carbon by 2050.”

“The ambition is to ensure connectivity so that whether you are from a biodiversity or climate community, we need to work together to protect the ocean’s wellbeing.

“Through Relay4Nature, we want to convey this message from conference to conference, to underline we have one common problem, which is the profligacy of our greenhouse gas emissions.

“A healthy ocean is fundamental to life on Earth. It’s our life support system, producing over half of the planet’s oxygen and providing food for billions of people. The ocean also plays a hugely important role in climate regulation.

Since the beginning of the Industrial Revolution, it has absorbed more than 90% of the excess heat caused by human impact. However, despite being the largest habitat on earth and producing some 50% of the world’s biosphere, the ocean still receives far too little attention from world leaders,” he concludes.

Richard Brisius, Chairman of The Ocean Race, comments: “By using our sport, we aim to highlight that world leaders must strike a fair deal for people and planet and emphasise that the ocean and climate nexus needs to be at the top of their agenda.”

“Through the messages our teams will collect as they pass on the baton, we are asking world leaders to unite for effective, comprehensive and collaborative global ocean governance, placing nature, human and ocean rights at the centre of policy and action.”