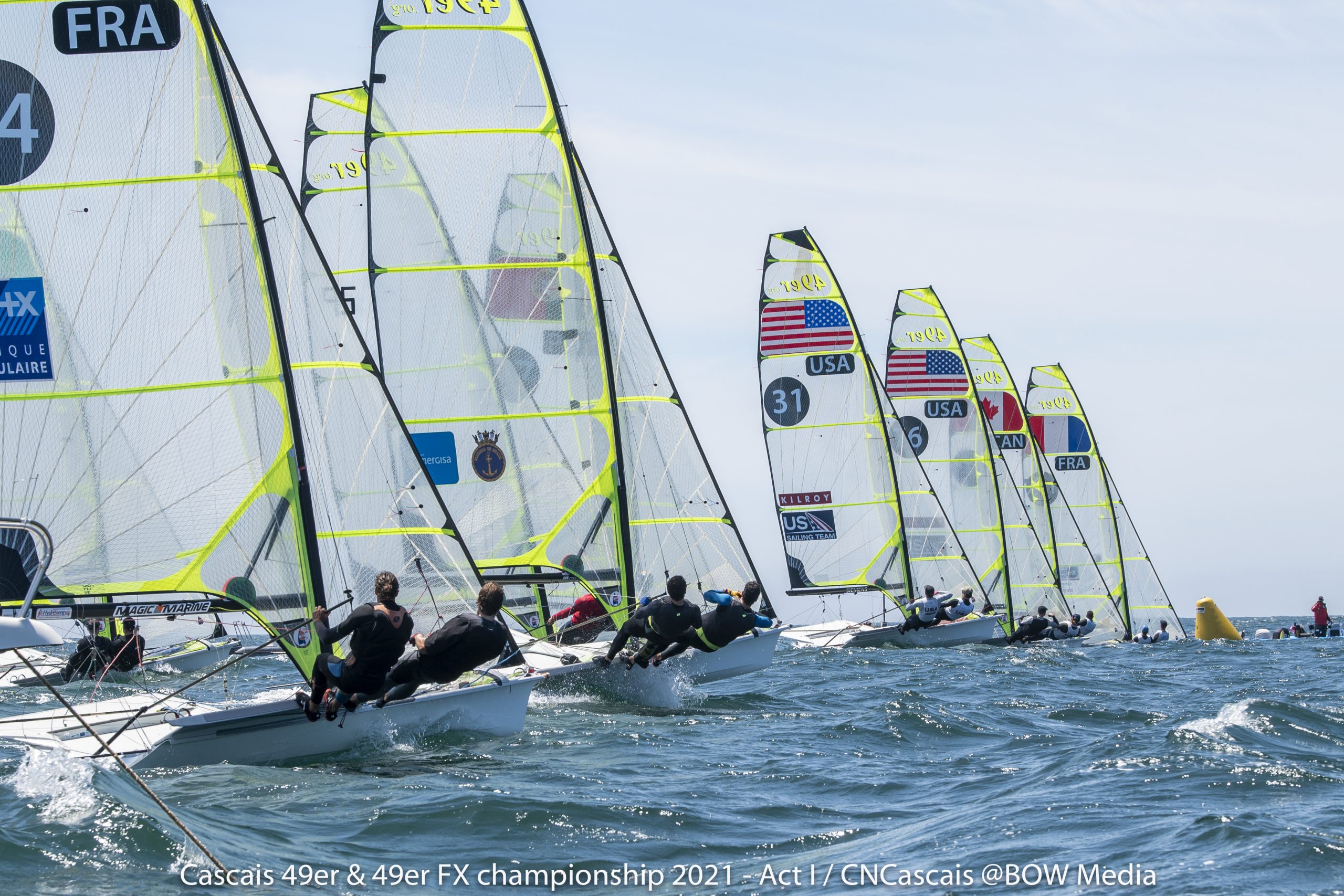 On the third day of the 2021 Cascais 49er & 49er Fx Championship races, the two Olympic class 49er fleets returned to the Guia race area to fulfill, once again, the scheduled races of the day.

Today was the time for Men’s to start the day in Cascais. At the scheduled time of the first warning signal, the wind still showed some instability, forcing the Race Committee to delay the first race of the day.

The Men’s fleet completed the trio of the scheduled races, with the wind blowing in the north-west quadrant, building up during the morning from 14 to 18 knots.

On the third day of racing, the east coast team from the United States of America, Ian Barrows and Hans Henken remain in the lead. Fellow American’s, Nevin Snow and Dane Wilson, scored third in the first race of the day and two bullets in the following races. With these results, the American teams are tied at the top with 18 points each. The Brazilian team of Marco Grael and Gabriel Borges fell to third place today.

Today the 49erFx class started after the 49ers. The fleet of 28 boats completed the day’s program.
And today, with the most demanding wind conditions, in the north-west quadrant and blowing in the 20 knot region, there have been significant changes in the podium.

Tamara Echegoyen and Paula Barcelo took Spain to the highest place on the podium at the end of the third day of the Championship. In second place are new faces on the podium with the rise of the Bavarian team of Tina Lutz and Susann Beucke. Closing the women’s podium is the Danish team of Ida Nielsen and Marie Olsen.

This championship takes place in Cascais from 4-9 May, and 15 races are planned, plus a Medal Race for each class.