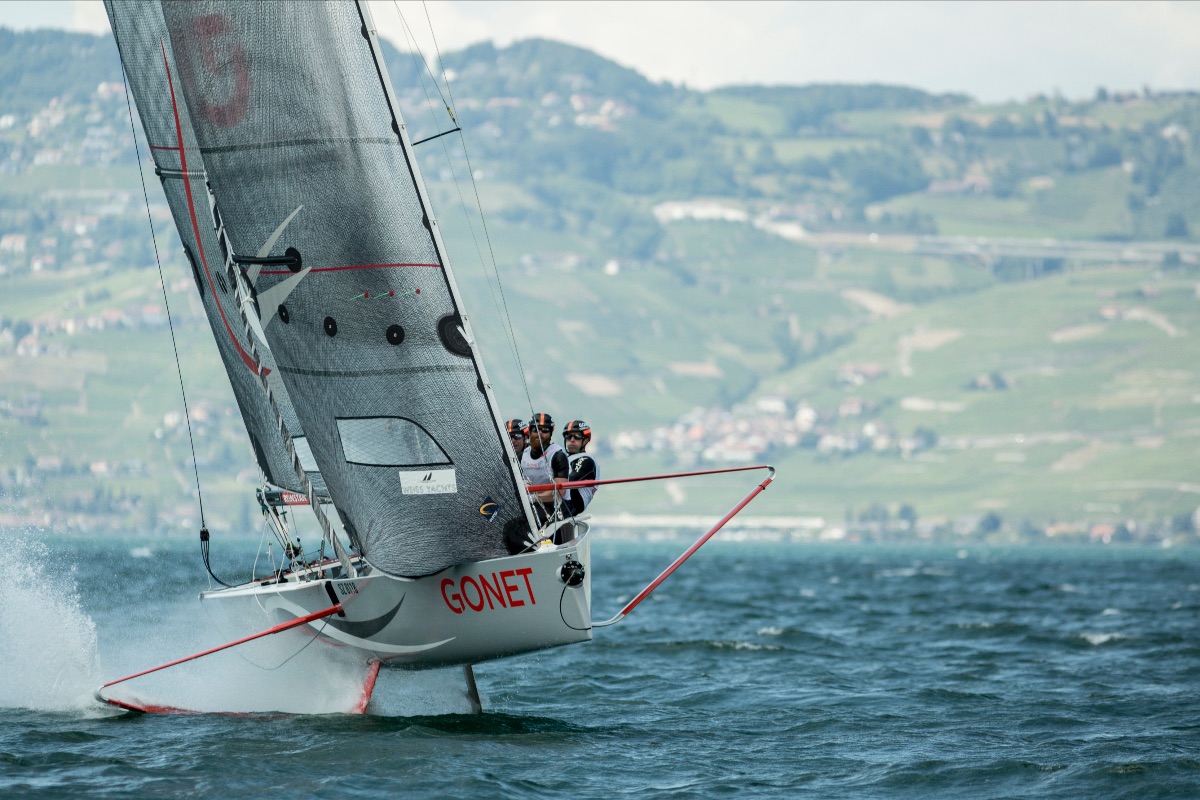 The spectacular flying monohull designed by Eric Monnin will be looking to break records this year as it puts its winter modifications to the test at upcoming regattas.

Lessons learned during the Gonet Monofoil’s maiden season have been applied during a winter refit that saw the team increase the foils by 20% and reduce the weight of the foiling machine. The crew is looking forward to putting the boat through its paces during the upcoming regatta season and to tackling some of Switzerland’s top speed records.

“We have gained almost 10 degrees of upwind performance and have dropped 50kgs off the weight of the boat, so it will now start foiling earlier, 2 knots earlier to be precise,” said Eric Monnin. The monofoil will now ‘take off’ in 10 knots upwind and eight knots downwind, which according to the skipper, will allow the team to gain one hour in getting out of the ‘Petit Lac’ in conditions known on the lake as the ‘Bise’.

The Monofoil Gonet is shaping up to be a formidable competitor this season and the team’s first test will be the Bol d’Or du Lac Neuchatel on Saturday 25 May, swiftly followed by the Lake Geneva classics, the Geneva-Rolle-Geneva and the Bol d’Or Mirabaud. To end the season, the crew will head to Lake Constance for the ‘Rund Um Bodensee’ and all going well, they might take on Foiling Week, the Tour of Lake Zurich and the Barcolana in Italy. Without forgetting the all-important Purple Ribbon speed record around Lake Geneva (time and kilometre records)!

“We are delighted to see the evolution of this experimental sailing boat and impressed by Eric Monnin and his team’s pursuit of perfection,” said Nicolas Gonet, CEO of Gonet & Cie SA, sponsor of the boat.

Launched in spring 2018, the Monofoil Gonet is a blend of innovation and creativity. It predates the sailboats that will compete in the next America’s Cup.