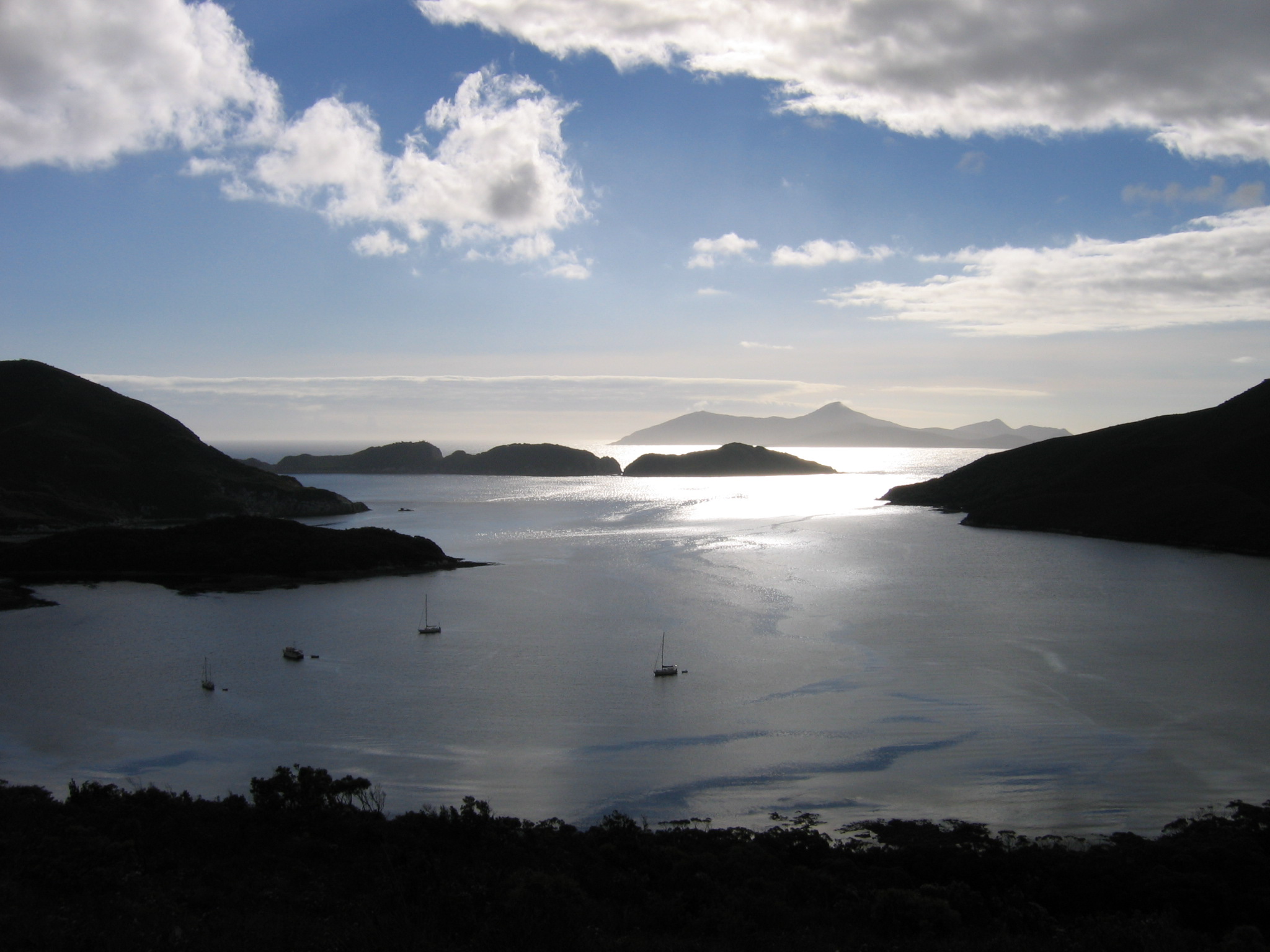 Abel Tasman may have sailed right past it in 1642, the chart he produced showed only a smooth coastline keeping beautiful, unique Port Davey hidden for another one hundred and sixty years. Until in 1798, along came Matthew Flinders with his good friend George Bass in the tiny Norfolk, out to prove Tasmania was indeed an island.

Approaching two rounded hills, a strengthening west wind had timber blocks groaning to the flap of flaxen sails driving the small craft deeper into the icy Southern Ocean. Agreeing the storm had yet to reach its peak, they looked ahead to see white teeth erupting far higher than the Norfolk’s mast from the turbulent sea.

Beyond those islets they perceive, “the appearance of a considerable opening.”

Suddenly they are wondering whether to maintain a safe distance or seek shelter amongst the unknown. “The mountains… the most stupendous works of Nature I ever beheld… are the most dismal and barren” Flinders wrote. “The eye ranges over these peaks with astonishment and horror.”

With a gale rising at their backs they wisely chart what they see and continue to round South West Cape.Even today, with satellite navigation, sat-phones and vessels of the strongest materials, with rescue helicopters that can find stricken vessels in hours; this part of the world is still very much respected because it is pure wilderness. There are no roads within hundreds of kilometres; it remains a sanctuary for Earth and her other creatures.

Tasmania’s south west wilderness area exceeds six thousand square kilometres. Larger than many small countries, it epitomises the grandeur and spirit of wilderness in the truest sense. Tasmania Parks and Wildlife says this region must be one of the most magnificent landscapes on the planet with gold-green mountain ranges topped by bony quartzite ridges rising sharply from the Great Southern Ocean and broad waterways of Port Davey…….

To read the full story from Cap'n Jack and Jude Binder get your copy of Cruising Helmsman's February issue, either at a newsagent or subscribe here: