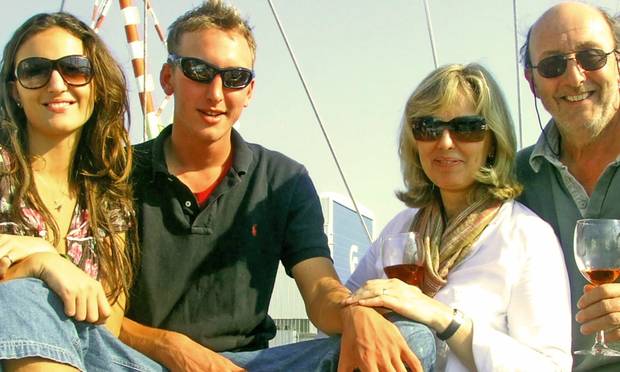 Mixing with A-listers, receiving four-figure tips and following the sun from the Caribbean to the Med. All the while aboard one of the most luxurious superyachts money can buy. If there's a better place to work, it would be a struggle to name it.

Some of these boats boast spas, cinema rooms and 24-hour fine dining. Take, for example, Russian tycoon and Chelsea FC owner Roman Abramovich's 533 ft superyacht Eclipse, valued at more than £1 billion. She is equipped with a submarine, space for three helicopters and a pool that transforms into a dancefloor.

And with orders for these vast multi-million pound floating palaces (superyachts are defined as being longer than 79 ft) at a record level, there are more opportunities than ever for adventurous youngsters from Britain to work on board these super-vessels, according to the Daily Mail.

There are currently around 37,000 crew members employed on the 6,821 superyachts in the world. Of these, more than half — around 19,000 — are British. But beneath all the opulence exists a darker world. One characterised by exploitation, negligence and even death.

For example, while billionaire bosses and their guests enjoy sumptuous suites, staff are predominantly housed in cramped, windowless, shared cabins in the bottom of the boat. Working hours are nothing less than punishing, with 20-hour days the norm.

Over the past few years, at least three young Britons have died working on board. And when accidents do happen, the deaths are often treated as little more than an inconvenience, according to some grieving families.

Under maritime law, what happens onboard is governed by the laws of the country where the ship is registered. These tend to be small tax havens, known as Flags of Convenience (FOC) states, such as Panama or Bermuda, which have very lax employment protection laws.

If there is any suspected criminality on board, once you have sailed 12 miles away from the shoreline, you are no longer protected by the police force of the nearest country to you. Instead, it is the responsibility of the FOC nation the ship flies the flag of.

This is something Will Black's family profess to knowing all about. The 28-year old from Ripley, Surrey, was just six weeks into a new job as bosun (officer in charge of crew and equipment) of the £15 million (NZ$28.5m) Burrasca in September 2010 when he went missing.