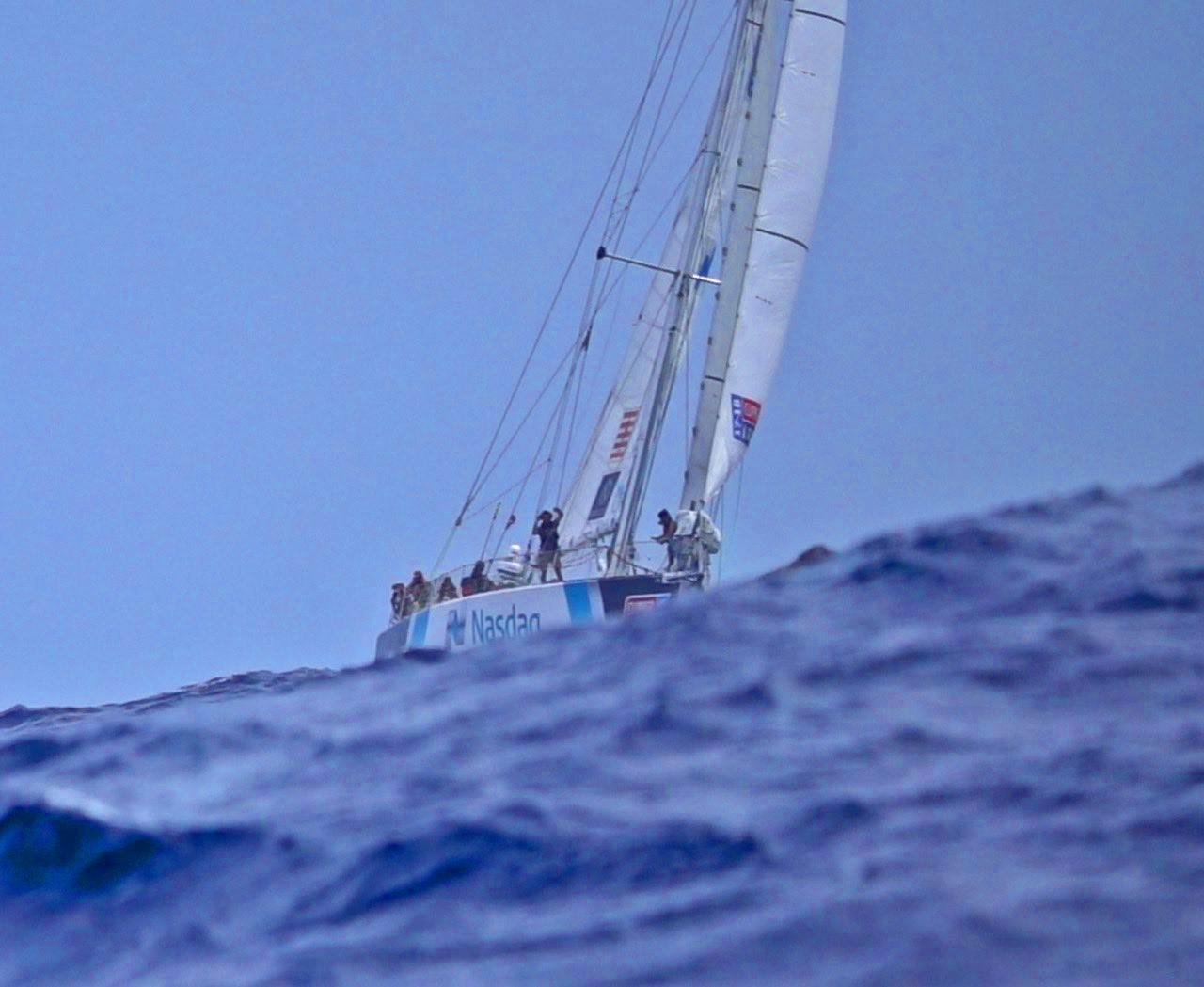 Whilst yesterday's game of snakes and ladders continues to disrupt the leaderboard, Day 4 of Race 11: Nasdaq Race has seen the majority of the fleet converge for the first time since the race started.

For the teams that decided to head east at the beginning of the race, tactics have paid off, with PSP Logistics storming ahead rising up the ranks from fourth place yesterday to hold a 20 nautical mile (nm) lead on the pack. Although PSP Logistics' Skipper Matt Mitchell is pleased with progress, he and the team know all too well the perils of ocean racing and in his report today, the leading Skipper remained modest, reporting: “It's not been too bad over the last day with the wind fairly steady at around 15 knots.

“We managed to get around the first mark of the course without too much fuss and are now heading at speed towards the abyss that is the Windward Passage. Fingers crossed the wind holds as it can be a bit disconcerting being so close to land without any wind to steer with.”

Progress has been good on board Nasdaq which has also been reaping the benefits of the early easterly route. Skipper Rob Graham explains: “Although our “eat your sprouts first” tactic of heading east early worked out well, Nasdaq had seemed to struggle a little for boat speed compared to the boats around it.

“Speed has picked up now and we're now making better progress towards the Windward Passage between Haiti and Jamaica, in a drag race with Garmin which is close beside us.”

The fleet has now split into two clear groups with nine teams to the north and three teams hunting the pack to the south.

The Southerly teams have had a frustrating 24 hours for different reasons. On board Dare To Lead, Skipper Dale Smyth explains: “We just struggle to match height and speed on other boats. We continue to work on sail shape, helming and weight distribution but unfortunately find ourselves trailing. Anyway, still a long way to go.”

For Liverpool 2018, fickle wind angles and current has held back progress and on board Visit Seattle, spirits remain high despite the hold backs as Skipper Nikki Henderson comments: “Well, things just didn't work out in our favour in the last 24 hours. Not to worry though – we still have a way to go.”

Looking ahead, there is no respite to be had in the coming 24 hours, with Clipper Race Meteorologist Simon Rowell observing that the breeze is largely flowing from the north, the sea state will likely become shorter and messier than the fleet has had up until now. Simon also notes a tropical wave upwind of the fleet that may bring some squalls in the team's path.