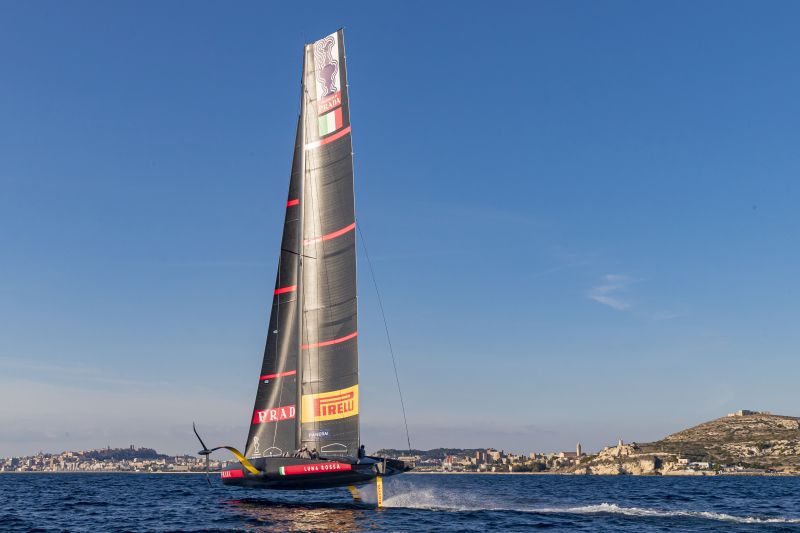 Luna Rossa Prada Pirelli Team in Sardinia prior to lockdown

Like everyone in the world, the America’s Cup is not untouched by the effects of the COVID19 Coronavirus. Very quickly it became apparent that the unavoidable but regrettable cancellations of the much-anticipated ACWS events in Cagliari and Portsmouth would have to happen.

In a parallel world, all of the teams would be assembled in Cagliari now, poised to lock horns with their respective AC75’s on the azure Mediterranean waters on day 1 of a 4 day regatta. It was to be the most anticipated yacht racing since the 17th June 2017 and would eventually provide a stark gauge on where each of the America’s Cup teams stood in their first-generation AC75.

For one or two teams it may have meant they were comfortable continuing on the path they had chosen, for the others a frantic review of their previous decisions, designs and subsequent roadmap between now and December, which is the next scheduled opportunity to line up.

But back in the real (although unreal) world amidst the global COVID-19 pandemic it is an altogether different and fluid path ahead for all of the teams in their home countries in how they now approach the 36th America’s Cup presented by Prada both philosophically and logistically with all of the changing variables day to day.

They have no more information on their relative performance other than what they already know via differing levels of early reconnaissance.  Do they trust their initial instincts? Their current design knowledge and interpretations of the class rule? Or do they change their approach based on certain nuggets of information that contribute to an overall incomplete puzzle?

American Magic’s Skipper Terry Hutchinson acknowledged recently, “We missed the opportunity to see where we are vulnerable,” by not being able to race in Cagliari or Portsmouth “It's going to require us to lean that much harder on the design side of the program.”

The biggest question mark though is the progress on each of the teams highly anticipated second AC75’s currently in production in their home countries. Build timelines that were well established long before COVID19 had made itself known to the world are near impossible to change without flow-on effects to the wider campaign. Some production continues, some has been halted. Do the teams complete the build at home, or get their new boats to Auckland to finish? Do they ship them or fly them direct to Auckland. And most importantly- how will they compare relative to each other when they eventually see the light of day.

If there is one thing that is guaranteed in the America’s Cup- that is to expect the unexpected, and COVID-19 has certainly thrown the biggest cat amongst the pigeons the event has seen in a long long time.

On the face of it, the pandemic has contributed to a significant pile of unforeseen challenges for all of the teams that are both in and out of their control. A more optimistic approach might be to consider the opportunities it could bring in the way the teams can react, adapt and the decisions they make in design, testing, logistics and planning day by day. The best team to deal with the unpredictable will probably be the team with the America’s Cup high above its head in March 2021.

In that respect this America’s Cup almost seems normal – just with a more immediate challenge of navigating the global battle with COVID19.

For the Defender Emirates Team New Zealand they have the advantage of already physically residing in their hometown which is the venue of the 36th America’s Cup. On the downside of their ledger, the build of their second AC75 has be halted for a painful 5 weeks while New Zealand has been on a Alert level 4 lockdown due to COVID-19. Additionally, ‘Te Aihe’ their first AC75 is still on its European cruise to Italy and back as it has been since late January. Realisitically it is still a couple of months away from being on the water in Auckland.

The Challenger of Record, still set up and riding out the national lock down in Cagliari have continued work at their base making repairs on their first AC75 which had significant bow damage in early March. Luna Rossa Prada Pirelli Team are likely the team that is best set to get back out on the water and testing their AC75. They have made recent indications that their intention is to leave their arrival in Auckland until the last quarter of the year once they have made the most of their testing program over the prime Sardinian summer. 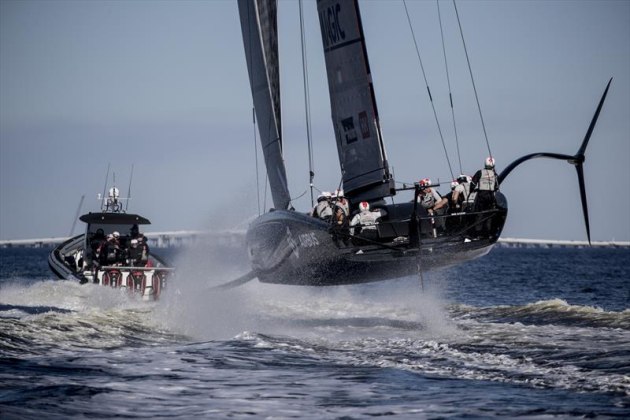 American Magic, remain in Pensacola as the US is in lockdown fighting the COVID19. They have their first AC75 ‘Defiant’ at their Florida base and well positioned to adapt their plans and movements as their options unfold in the global response to the coronavirus. The build of their second AC75 has continued in Rhode Island thanks to some assistance from the State Governor and the Rhode Island Marine Trade Association. 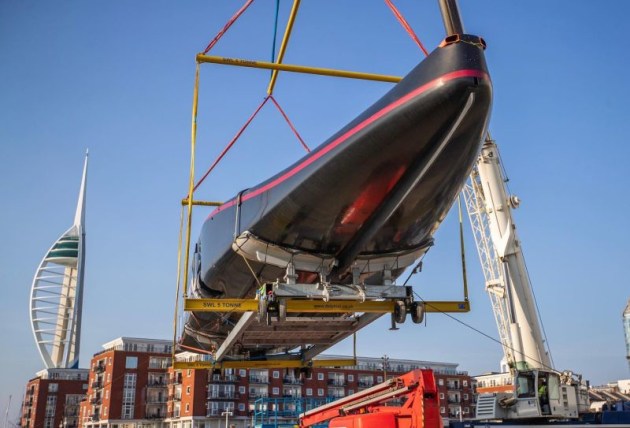 The British INEOS Team UK AC75, like the kiwis, has been on a ship and has just returned to their home base in Portsmouth after their intended summer base in Cagliari was promptly packed up as the coronavirus began to take a hold on Europe in March. Then the decision to unpack and sail in the UK for the summer once lock down passes or redirect the shipment to Auckland as soon as the opportunity arises. The build of their second AC75 has continued around the clock at Carrington Boats. Their Auckland base is the most advanced of all Challengers and is already well into construction, although work has been suspended while New Zealand is in lockdown. 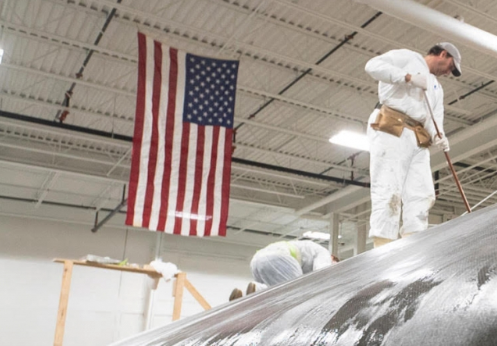 The quiet challenger Stars and Stripes has made some noises in the past few weeks, their co-founder Taylor Canfield stating they are still alive and jumping on the opportunity that the cancellation of the ACWS has presented in buying time to complete the build of their AC75 and get to Auckland by later in the year. The clock continues to tick.