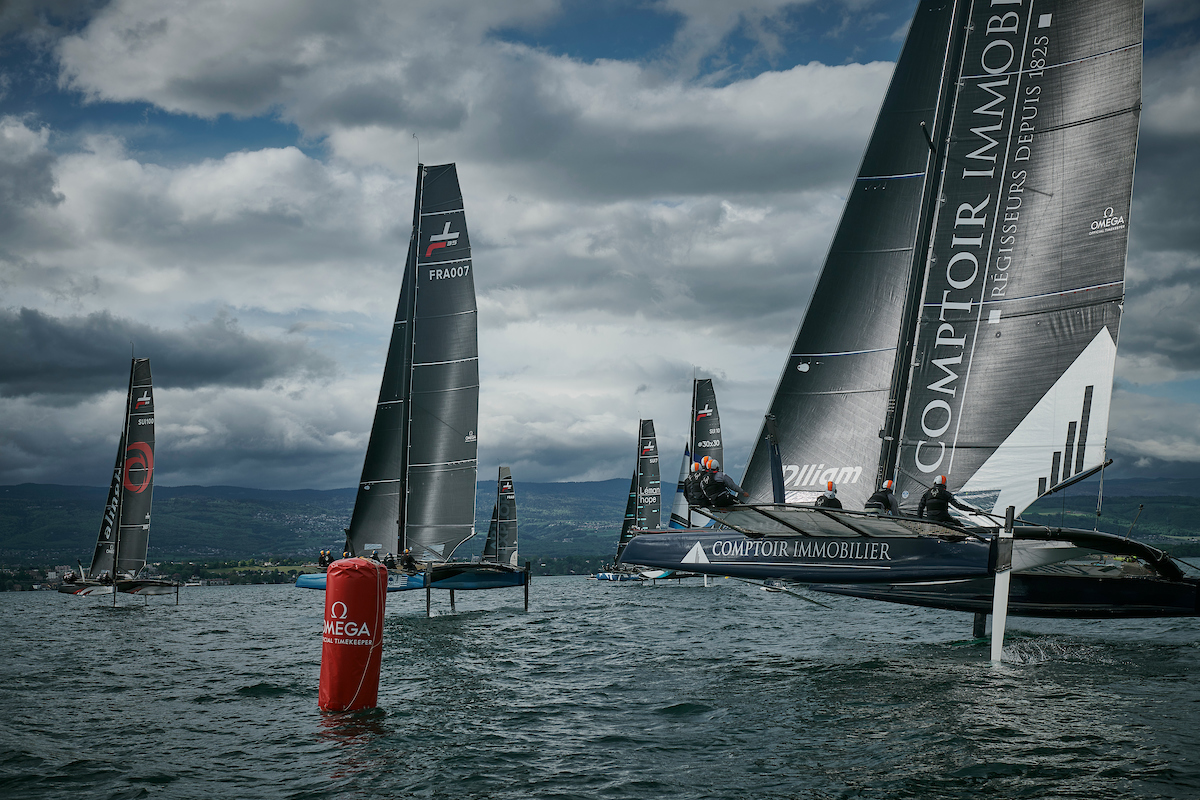 This week final preparations are being made for the new cutting-edge TF35 hydro-foiling catamarans first open water regatta in Scarlino, Italy, to be held from 9-12 September.

Until now, the TF35 have raced the first five events of their inaugural season on Lake Geneva. The new concept for owner-driver foiling has delivered on its design brief; to achieve earlier take-off speeds, guaranteed to foil upwind and downwind with a fully automatic flight control system.

“One of the main objectives of the project was to race internationally, a plan which we had to delay due to the covid-19 pandemic,” explained Class Manager Bertrand Favre. “We are now looking forward to this second stage in Italy and to show off the full potential of the boat, whether on closed waters or at sea.”

The season started in April with the fleet ghosting on foils around the racecourse in the light breeze typical of the Lake. In contrast, the Swiss stage finished with the fleet charging the finish line of the 82nd edition of the Bol d’Or Mirabaud at 36knots.

At this midseason point, Esteban Garcia’s Realteam Sailing, co-skippered by Jérôme Clerc, has claimed two regatta wins and leads the fleet of seven TF35s by just one point over Ernesto Bertarelli’s second-placed Alinghi.

The competition for third is equally as close; Spindrift Racing is currently on the podium with 10 points but a win for Ylliam XII – Comptoir Immobilier at the iconic Bol d’Or long-distance race and a win for Zoulou at the Genève-Rolle-Genève and third at the TF35 Mies puts them tied on 11 points in fourth and fifth, respectively.

In sixth place, Team SAILFEVER and seventh ZEN Too have been climbing the event rankings this season, and both had their best result in the stronger winds of the Bol d’Or, taking third and fifth for the long-distance racing in the annual ranking.

Hosted by Yacht Club Isole di Toscana the TF35 Scarlino event this weekend will be the first of two, with the second held two weeks later over the 23 – 26 September. The second stage of the TF35 Trophy held on open water offers a fresh chance for the teams to make their move on the leaderboard before the close of the season.