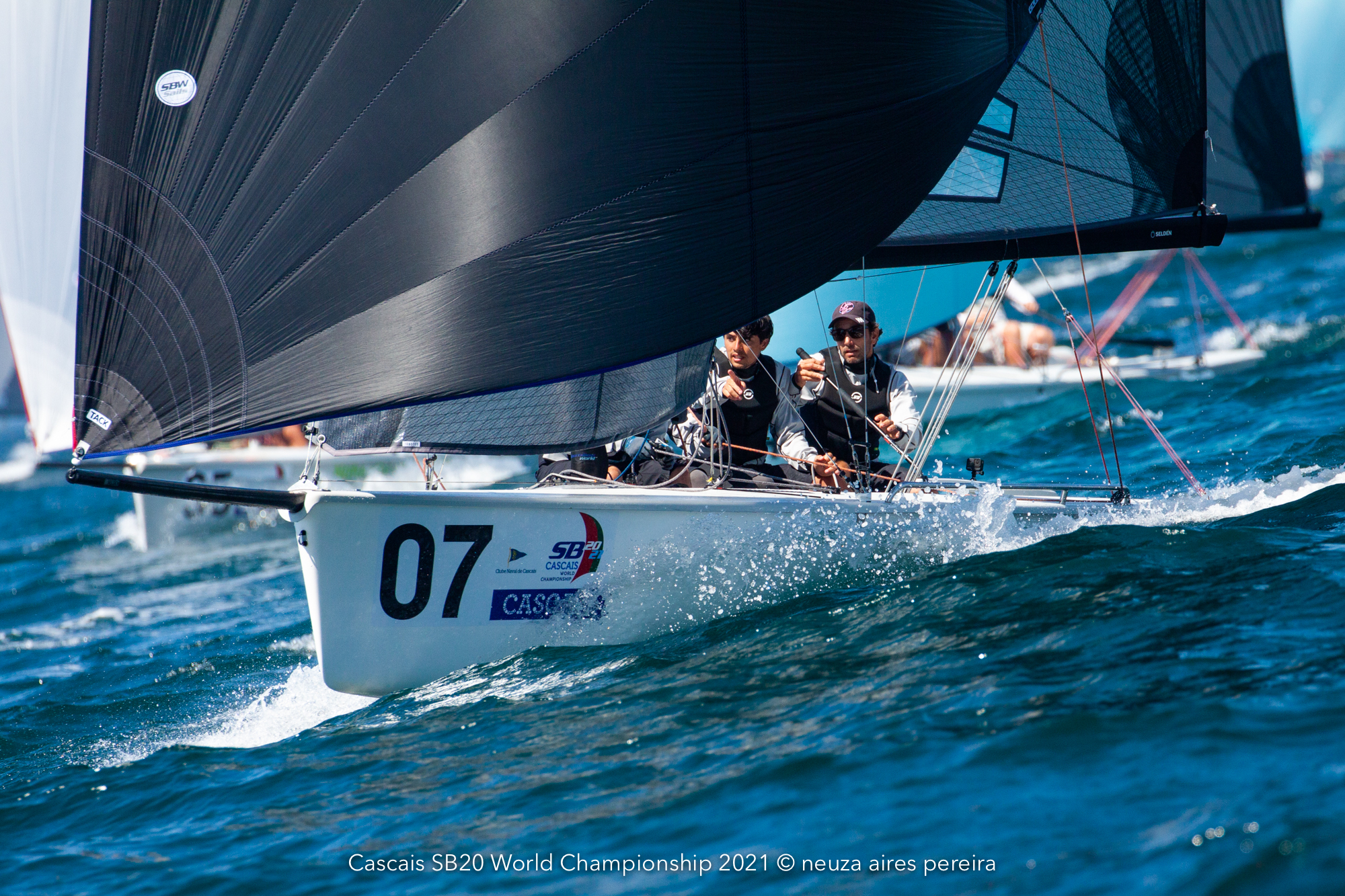 Portugal, Cascais: Henrique Haddad and his crew have won the SB20 World Championship hosted by the Clube Naval de Cascais and held over an intense week, with 66 boats and more than 200 sailors representing 13 countries.

On the closing day of the event, competitors were lucky, racing in a 0-13 north-westerly wind. Victory in the first race of the day went to Nils Razmilovic’s Glasgow Kiss, with David Salembier (RHKYC) in second. Third went to the new world champion team on Open Bar, skippered by Henrique Haddad, with Mário Trindade, Leonardo Lombardi and Pedro Caldas, defending the colors of the CNC.

In the second race, and the last of the Cascais SB20 World Championship 2021, John Pollard’s Xcellent crossed first with his crew of Steven Procter and Rhos Hawes, from the Royal Torbay Yacht Club, from Torquay, UK.

Second in that race was the MST crew of Vasily Grigoriev, accompanied by Maxim Kuzmin and Mikhail Markin, representing the Pirogovo Golf and Yacht Club. Third place went to Ted, manned by Michael O’Connor and his crew of Davy Taylor and Ed Cook from the Royal Saint George Yacht Club, Dun Laoghaire, Ireland.

When all results were tabled, and a with a drop in place, Henrique Haddad, Mário Trindade, Leonardo Lombardi and Pedro Caldas were crowned the new World Champions of the SB20 Class. They deserved the title, having won a third of the 12 races and finishing with 78 points.

Haddad commented: “Today is a very special day for us. We are world champions, and we are very glad to be here. I’m with my friends; friends I made thanks to this extraordinary sport. I’m also here, in a place where I really love sailing, because I consider Cascais one of the best places in the world to go sailing.

“This week we didn’t have the best conditions, so to speak, for sailing in Cascais. For us, though, it was very good, because we managed to be very competitive this week.”

Stisfaction, too, for Paola Amar, helm of the Shifter Pro Youth France, who finished with the top-ranked female crew: “It was a long, hard week, with good sailors, and we enjoyed it a lot. I think we were lucky with the organisation, which knew how to take full advantage of the event.

“ It was complicated for us, because we didn’t train before the Championship, at least not with the whole team together. In the end, we are satisfied with the results achieved. Thanks to Cascais and all the people who organized the event.”

After five days of intense competitive intensity, the participants in the Cascais SB20 World Championship 2021 gathered at the headquarters of the Clube Naval de Cascais for the traditional and awards ceremony.