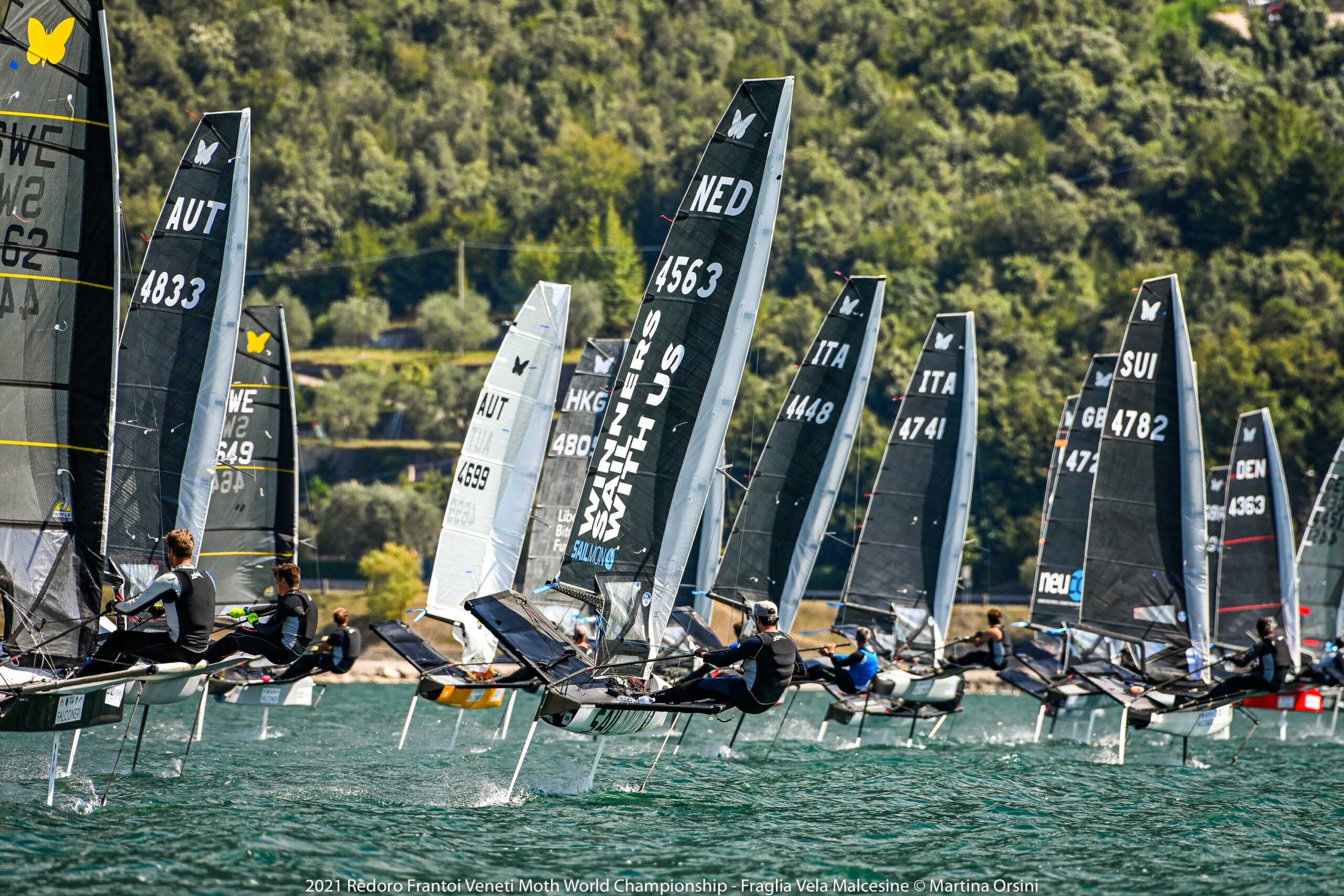 By the end of six races held on Day 2 of the Redoro Frantoi Veneti Moth Worlds at the Fraglia Vela Malcesine on Lake Garda, four Australians feature in the top five, led by Tom Slingsby and Iain Jensen.

The first start was at 13:30 hours, with a steady Ora around 14 knots. Like the first day, there were two races in the Blue fleet, three in the Yellow, and one last one for the Blue.

Despite the reshuffled fleets, the result remained the same, thanks to two imperious performances by two Australian Olympic gold medallists, Tom Slingsby and Iain Jensen.

In the Yellow fleet, Slingsby was again at the top of the scoreboard, with three wins from three races and a large margin to the second placed Kyle Langford, also from Australia. In third was French sailor Aymeric Arthaud.

“Another perfect day on Lake Garda, with 10-14 knots of beautiful Ora. I had good speed and I’m happy to have won all three races. I would not have succeeded, however, without Luke Parkinson (a fellow Australian) who fixed a hiking strap for me after the second race,” Slingsby said.

Among the 139 sailors taking part are 12 Australians, including Tokyo Games gold medallist, Will Ryan, Nina Curtis, along with David and Sam Gilmour fresh from their third place at the Dragon Gold Cup.

The day ended in style at the Fraglia Vela Malcesine with the Persico Fly40 Gala Dinner, a social event to close this qualifying phase of the “Redoro Frantoi Veneti” Moth World Championship.

Tomorrow it’s rest day for the athletes. Competition will resume on Sunday local time, with the start of finals that will decide the new World Champion.