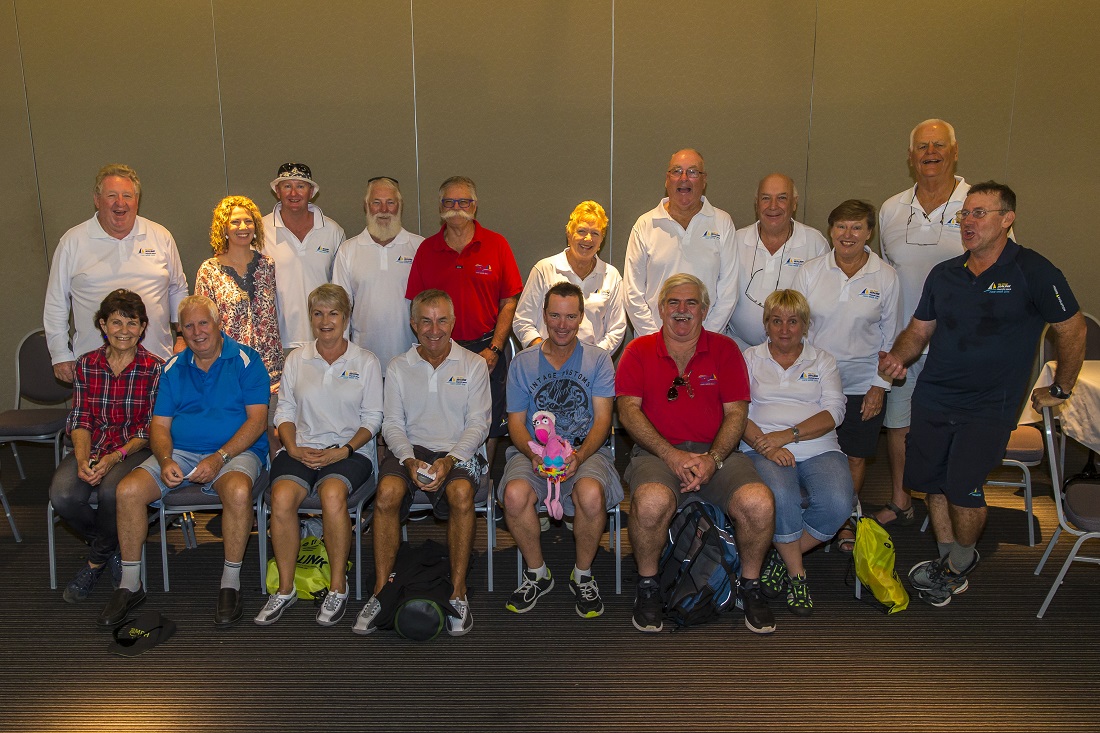 There are some things you can run on the smell of an oily rag, but race management at a major event is not one of them – just ask Australia’s most experienced Principal Race Officer, Denis Thompson, who is once again overseeing proceedings at SeaLink Magnetic Island Race Week (SMIRW) .

Thompson, along with numerous would-be competitors, is in lockdown at home in Sydney, from where he is conducting ‘the orchestra’, for the annual Townsville Yacht Club (TYC) event. Fortunately, for years he has worked alongside regular teams at this event, Hamilton Island Race Week, and in the recent past, Airlie Beach Race Week, among other major events in Australia.

Thompson said while not ideal, many of his regular team and the wonders of the electronic world are helping him to run the event from home. This morning, they are discussing the Strand Bay Race, which takes the fleet parallel to The Strand, where locals and tourists in Townsville can take in the action from shoreside.

“I have a zoom meeting in the morning with key people to discuss weather and courses and other things that come up. And during racing, I keep in touch with the on-water and onshore team as to what is going on. We then have a debrief each evening. Competitors have my number to, so I can still answer any questions they might have,” Thompson said.

Thompson has never been in this position before and says, “It’s about having good people around you. Most of us have worked together many times and we know each other’s habits. Race Officer, Jenny Birdsall, is very capable. I have a lot of confidence in her. The same goes for the Chairman of the Protest Committee, Mark Gallagher.

“Rob Brown (a noted Sydney sailor from Sydney who has moved to Bribie Island) is up there too. He is a great all-rounder who I’ve known for years. Matthew Dickinson is also there. I’ve worked with him at Southport Yacht Club quite a bit. He can do anything. Everyone has to do a bit of everything.

“Brian McMahon was able to get up there before lockdown, so he’s joined the team too. He’s always a good hand. We have Greg Sinclair in lockdown in Geelong working in the background with us too.”

Thompson says they are lucky to be joined by “some good locals. It all seems to be working well. I’m watching AIS (live vessel tracking) all the time, so I have a good idea of what’s happening.”

Back on site at Magnetic Island, crews are mainly finishing breakfast at Peppers Blue on Blue and will take a hop skip and a jump to the marina where others are already preparing their boats for the race ahead, which starts off the resort from 11am.

For full results and all information, please visit: http://www.magneticislandraceweek.com.au/