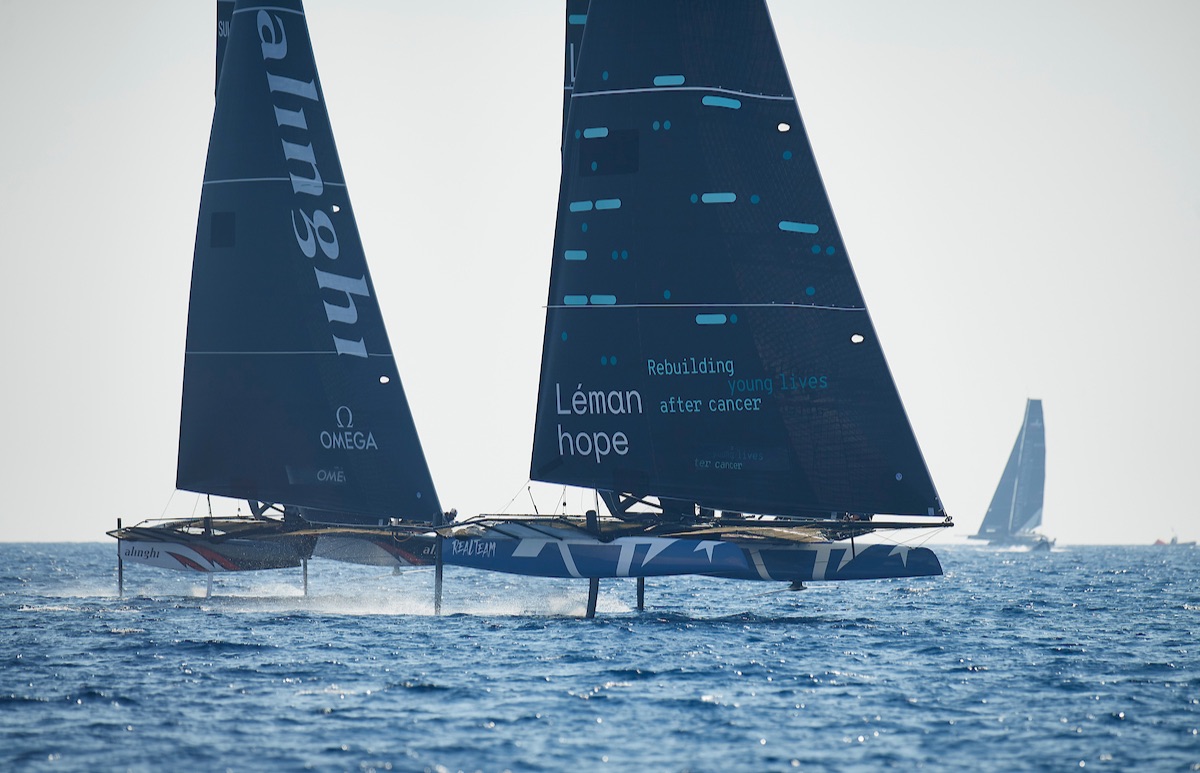 The opening day of the TF35 Scarlino Trophy in Tuscany, delivered everything the fleet had hoped for their first experience following the last two events at Lake Geneva: a steady 8-12 knot breeze and flat water under brilliant sunshine.

Coming into the second half of the season, the points are close across the overall championship standing. With a single point between leading boat Realteam Sailing and second-placed Alinghi, the rivalry was reignited on this opening day.

Race one Ernesto Bertarelli’s Alinghi was on fire; they claimed the opening race with a comfortable ten boat-length lead after winning the start and making the most of the favourable left.

Zoulou had the strongest start of the fleet in race two, hitting the line perfectly – at speed and on foils as the horn sounded. On the backfoot, Realteam Sailing matched Alinghi’s speed on the first lap and then pulled it back in the second beat to take the win.

“It’s a beautiful competition between the two teams,” commented Principal Race Officer Benoit Deutsch on board the Race Committee boat as the two teams thundered across the finish line.

“The stability of the two teams on the foils and how hard the crews are working on board with the boat handling is giving them that extra speed,” he added.

The final race was characterised by the wind going light. Six knots of breeze saw separation in the fleet, and as in the first race, there was a runaway leader, but this time it was the turn of Realteam Sailing, and with it, she took the lead in the overall on day one.

Spindrift Racing ends the day in third with a respectable 4, 4, 3 score. Team Sailfever’s third in the second race keeps them in fourth overall.  Ylliam XII – Comptoir Immobilier started the day with a third after winning the pin end of the line but followed it up with two sixth-place finishes and slipped to fifth on the leaderboard.  A seventh for Zen Too in race one holds the team back despite finishing fifth in races two and three.