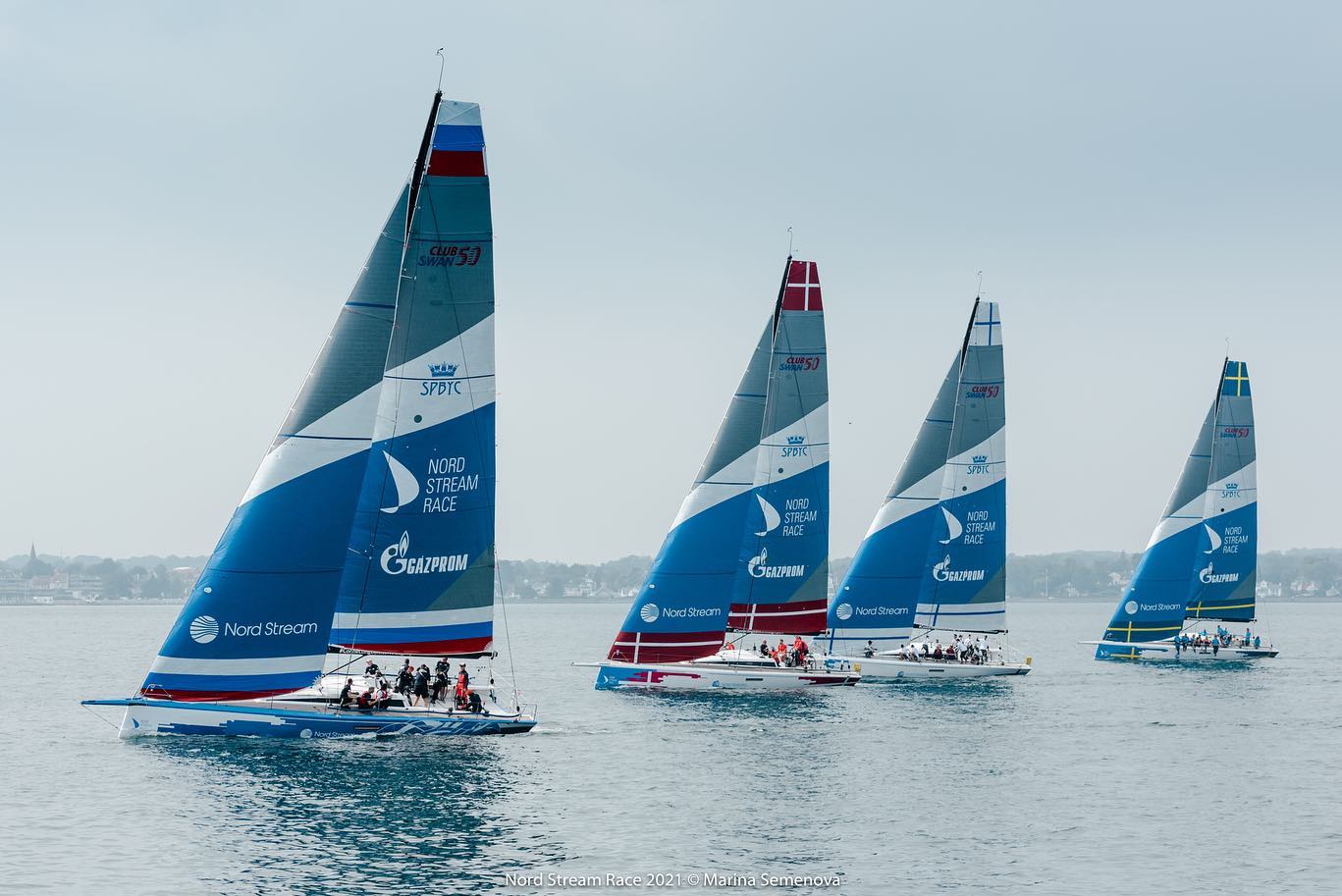 The Danish team made full use of their home advantage to come out on top following the three inshore races during the Copenhagen stopover of the Nord Stream Race.

Racing in light winds the Danes won two out of the three windward/leeward short course races by a narrow margin in a hotly contested battle that really tests every crew’s boat handling and starting skills. Today, the longest offshore leg begins, taking the fleet 420 nautical miles from Copenhagen to Stockholm.

At each stop in the Nord Stream Race, the crews have to prove themselves in short up-and-down races close to the shore. The first race of the day was won by the Russian team from St. Petersburg Yacht Club, who proved to be the fiercest competitors for the Danes on the inshore race track.

However, the Danish team from Aarhus Sejlklub fought back in the following race which was decided by a photo finish, proving how close sailing can be. In light winds and a perfect sailing setting, the Danish team repeated their victory in the last race, finishing only just ahead of the Finnish team from Esbo Segelförening.

So the final results of the Copenhagen Inshore Races were: 1st place for Denmark, 2nd for Russia, 3rd for Finland, 4th for Sweden and in 5th was Germany.

At noon today, the five teams set off on the second offshore leg to Stockholm. It will be the longest leg at 420 nautical miles – almost 800 kilometres. On the first leg from Kiel to Copenhagen, the wind was light and fickle, conditions that tested the nerves of the sailors. Light winds are also forecasted for the second leg.

Around 48 hours in a confined space will demand a lot of discipline and nerves of steel from the teams. The Swedish team from Kongelig Svenska Segelsällskapet are looking forward to sailing to their clubhouse in Saltsjöbaden, south-east of Stockholm where the teams are expected to arrive no earlier than Saturday evening.

Rebecca Netzler, main trimmer on Team Sweden, said: “We are very excited to be starting Leg 2, sailing towards home in Stockholm. We hope that the Swedish fans will follow our progress along the coast and meet us at the finish line. We really want to win the next leg. Our navigator will have a full-on job navigating us safely through the islands of the Swedish archipelago.”