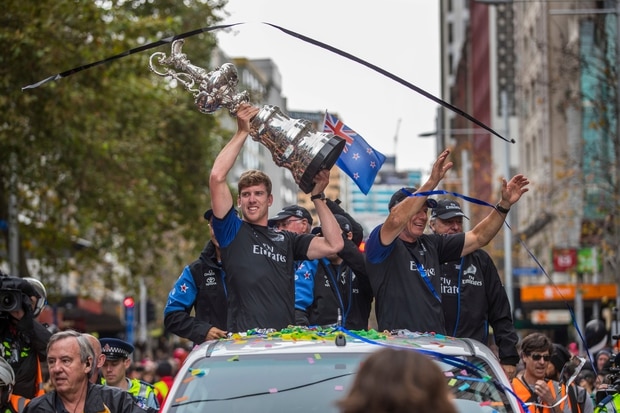 Team New Zealand's demand for a 'hosting fee' has the potential to take the America's Cup away from Auckland in 2021.

Government minister David Parker told Newstalk ZB's Tony Veitch that Team NZ were asking for a 'significant' hosting fee as Cup defenders, on top of their infastructure expenses. Asked about the negotiation process Parker said: “I think we've been making significant progress in the last couple of weeks. If any one of the parties become unreasonable then we could lose it.”

Parker, who is also Minister of Economic Development and Environment, with responsibility for the America's Cup, has the job of striking a deal that meets Team New Zealand's needs and is acceptable to the Government and Auckland Council.

There's a wide range of issues to be resolved, not least the effect of the options on the environment, planning issues, cost and the practical requirements of Team New Zealand.

Also hanging over an agreement to host the event in Auckland, is Team New Zealand reserving the right to hold the event in Italy, or even Tauranga, if suitable infrastructure is not made available.

Read the full story at the NZ Herald.