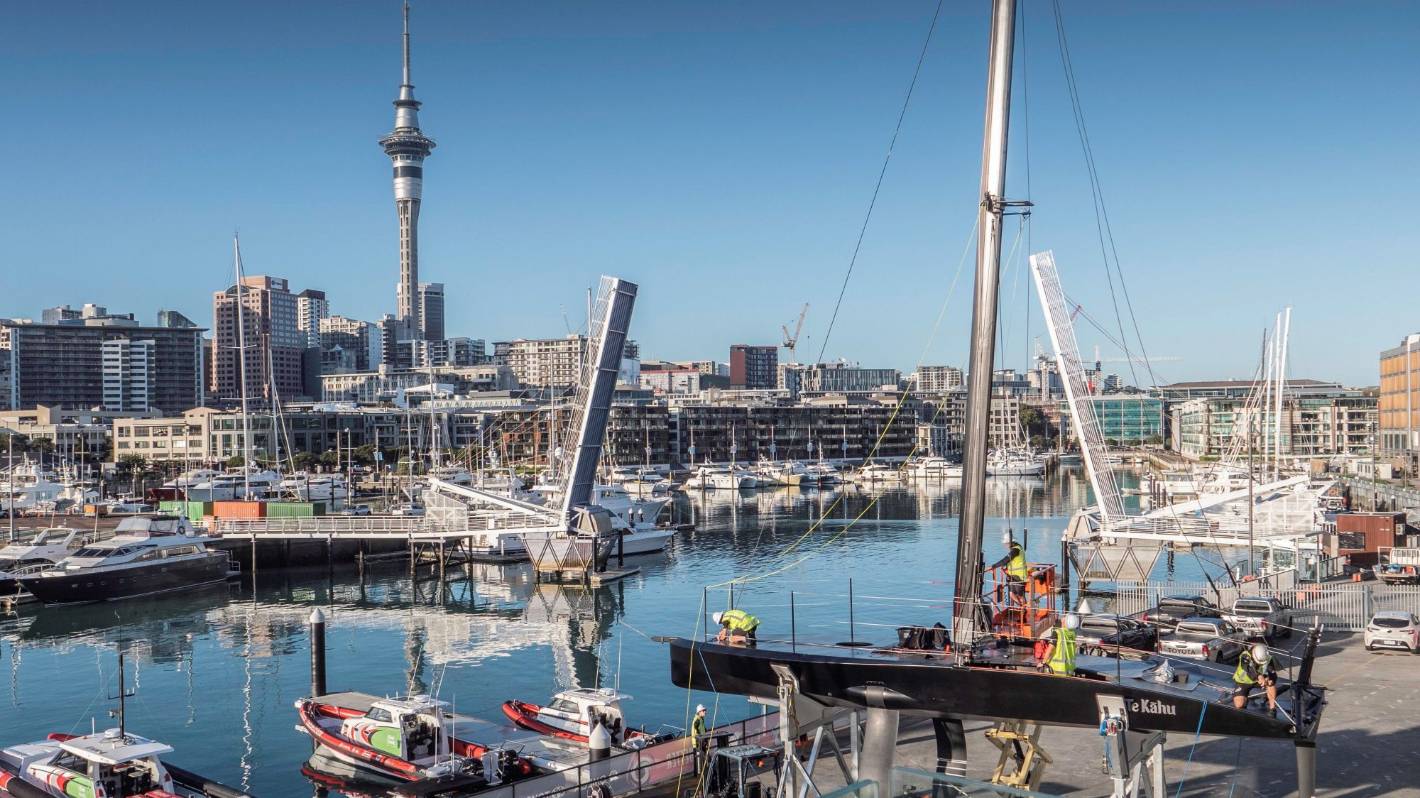 Team New Zealand got their test boat Te Kahu back in the water on Thursday.

Team New Zealand judged their return to the water on Thursday a success as they resumed testing and development, using their social distancing alarm devices.

The America’s Cup defenders had their boatbuilders back in action on Tuesday as a return to level 3 eased working restrictions introduced to guard against the coronavirus pandemic.

Now desperately behind with their plans following the five-week lockdown at level 4 they have sought advice from the government and Ministry of Business, Innovation and Employment to get back on the water. The got clearance from the coast guard and the harbour master.

Team New Zealand sent a crew of four out on their scaled down test boat Te Kahu. They reduced their staff on support boats.

The sailors were wearing the new safety devices that have been developed over the last two weeks with the technology partner, Dunedin-based Igtimi.

The personal separation and contact tracing tags send out an alarm when the wearer is too close to a colleague.

Given they are professional sailors with safety a high priority, the resumption is sensible as Team New Zealand look to make up for lost time which is a major enemy for any syndicate in yachting’s toughest game.

Team New Zealand boss Grant Dalton revealed to Stuff that the shut down at the boat yard where the build of the second foiling 75-foot monohull to be used for the defence of the Cup in Auckland next March had been hit hard.

Dalton estimated they had lost 7500 man hours, equating to “15 per cent of the build time”.

With their heavyweight rivals in the United States, Britain and Italy able to maintain some form of construction work over the same period Team New Zealand were shut down, there was now a need to make up those lost hours.

Read the full story at stuff.co.nz.