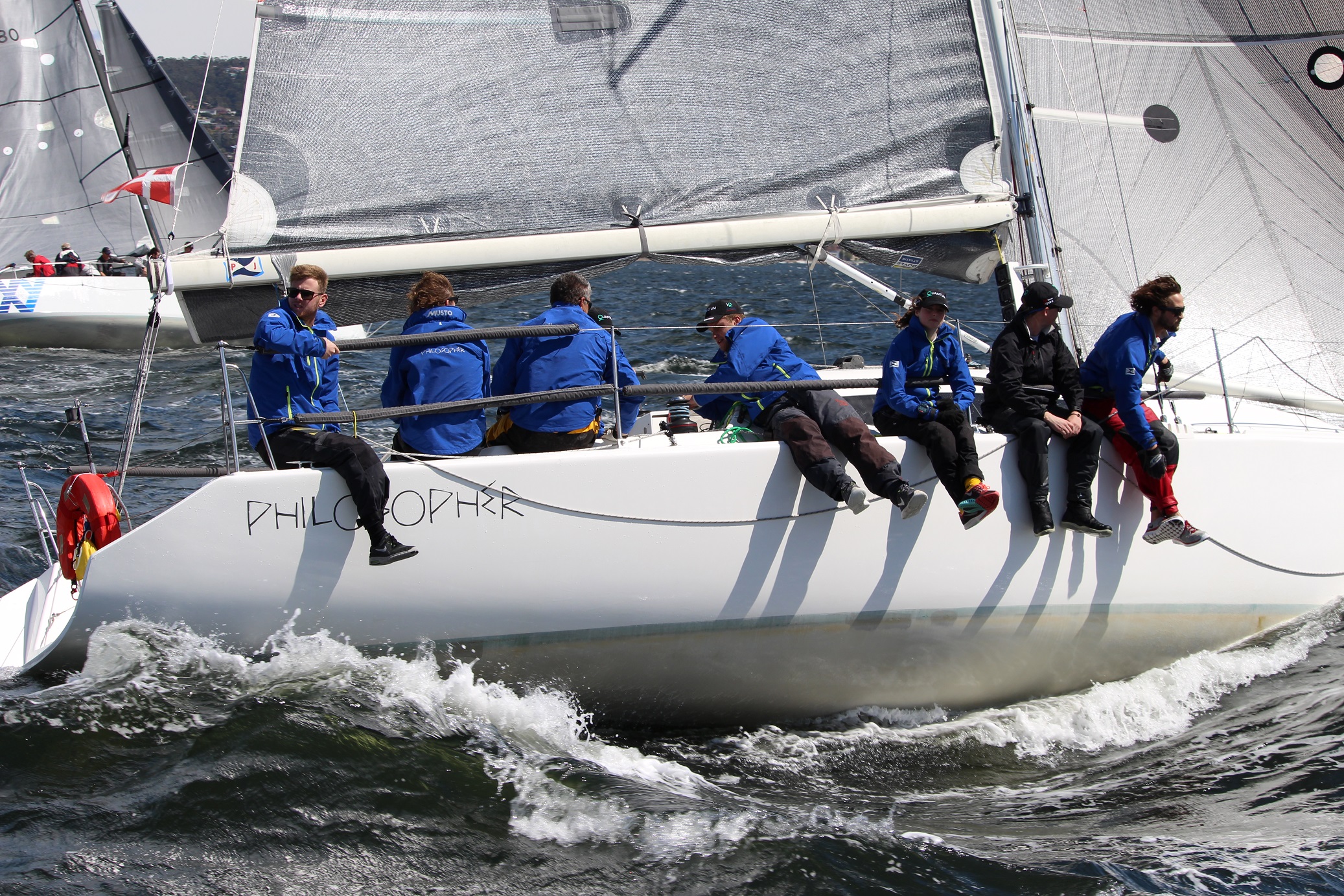 The Rating Series, or grand prix division, of the Festival of Sails tends to be where the best recognised Australian boats sign up, and the 2017 edition has drawn the usual well-known boats and faces, plus some new younger talent ready to shake up the old guard.

A Tasmanian crew made up of 19 to 24 year-olds plus “one poor owner” who wants to race with his son will for the first time compete at Festival of Sails presented by Rex Gorell Land Rover, in a boat with a distinguished history.

Shaun Tiedemann, general manager of the Derwent Sailing Squadron in Hobart, and his 20 year-old son Sam will bring their own credibility to the annual sailing series, scheduled for January 21-24, 2017, in the form of four International Cadet Australian champions plus teams racing and match racing Australian champions among the crew of eight to nine.

Sam, principal helm of the modified Sydney 36cr called Philosopher, says his father’s purchase of Peter Sorensen’s two-time Australian IRC champion has filled a void for his sailing mates. “After Cadets we went into youth classes, but we are at the age where we’ve phased out of them and didn’t have another option to go to. I called on my mates who have stopped sailing and invited them to be part of the big boat crew, and they were thrilled!”

The apprentice boat builders, carpenters and nurse bring the skills and the nerve while Shaun handles the mainsheet and adds experience from his commercial boating background. “Shaun fits in well,” agrees Sam. “He’s learning about the racing side and gives his advice on the safety, which is well needed given young guys can be cowboys at times. It’s important to have the voice of reason.”

They are looking forward to the shorter format windward/leeward races, where they expect to excel, Sam says. “We can sail it more like a dinghy…hold the kite a lot longer and use our athleticism.”

Given Royal Geelong Yacht Club’s strong International Cadet presence, there’s a synergy between the Festival host club and the four former and one runner-up International Cadet Australian titleholders on board Philosopher. The Cadet component of the Tassie team is looking forward to reconnecting with classmates they haven’t seen for many years when they head north across Bass Strait to Geelong in January.

Under Shaun’s ownership, Philosopher’s good racing form has continued where Sorensen left off when he sold.  The new owner says everything is race ready and the crew is looking forward to having a crack at the event the sailing administrator has heard talked of in glowing terms over and over.

“I’ve never competed at the Festival of Sails myself but I know the regatta well after seven years at the DSS. It’s been highly recommended by the Bellerive Yacht Club Commodore Graeme Mansfield, plus we’ve got a few members here who have done the regatta,” Shaun Tiedemann said.

“I’m looking forward to taking a stab at the Festival of Sails. The boat’s going very well racing out of Hobart; it’s really well sailed.”

The first skipper aged 25 or under with a majority of crew aged under 25 to cross the line in the historic Passage Race on Saturday January 21 will be awarded the Gill Australia under 25 Trophy, first offered for this year’s Festival of Sails.

Other Rating Series entries include a second DSS club boat, Absolut (Richard Gates) and Sam Haynes’ TP52 Celestial out of Sydney. Two more TP52s are likely to be added to the current entry list, Secret Mens Business from Adelaide and Peter Hickson’s M3 from Western Australia.

If enough boat owners register interest in a Performance Racing division with the RGYC sailing office, the organising committee will consider adding the division to the Festival’s on water program. Please contact +61 3 5229 3705.

The Festival’s core sailing program will be conducted January 21-24 thentwo new series, for off-the-beach and trailable boats, will take the on water program through to Friday January 27, 2017. Earlier in January the RGYC will host the Viper World Championship, 7-15.