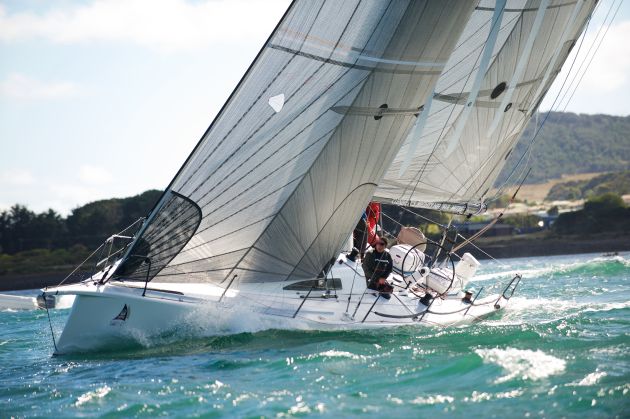 The Taste of Tasmania and Sydney to Hobart race will have a ‘yacht’ more going on this year with a record 50 entries for the tenth anniversary of the 2016 National Pies Launceston to Hobart (L2H) Yacht Race run by Hobart’s Derwent Sailing Squadron (DSS).

This year promises to be an exciting fight with current record holders at the helm again, skippers Geoff White and Gary Smith with a time of one day, 12:48:35, facing off five other previous winners, as well as 25 first and second time entrants stepping up to the challenge.

All 50 yachts, hailing from north and south Tasmania, as well as a few intrepid mainlanders, will be striking out on Tuesday, 27th December at 10:30am from Beauty Point and tacking up the Tamar River to begin the 285 nautical mile (527km) race along the east coast of Tasmania and across the shared finish line of the Sydney to Hobart race off Castray Esplanade in Battery Point.

“The National Pies L2H offers a little bit of everything”, says DSS manager Shaun Tiedemann, “You’ve got the tricky winds of the Tamar Valley to start you off, some of the most beautiful and challenging waters made famous by the Sydney to Hobart, and the spectacular – and sometimes frustrating! – final sprint up the Derwent River.”

But for most folks, it’s not just about the sailing, Tiedemann continues, “It’s about celebrating Tasmania, our beautiful coast, and being with family – because you get to be home for Christmas!” It goes without saying that many a sailor enjoy a race that is done and dusted in time to celebrate New Years’ Eve right here in Hobart.

With drone photography, live-blogging and tracking-app, there will be plenty of ways to follow this year’s race – and if you’re in Hobart, head down to the DSS Race Village at Constitution Dock. There will be activities for all ages to get a taste of nautical life, learn about the race and latest results, as well as opportunities to get involved. Just look for the giant National Pies man amidst the masts and have a front row seat to the racing boats as they arrive.