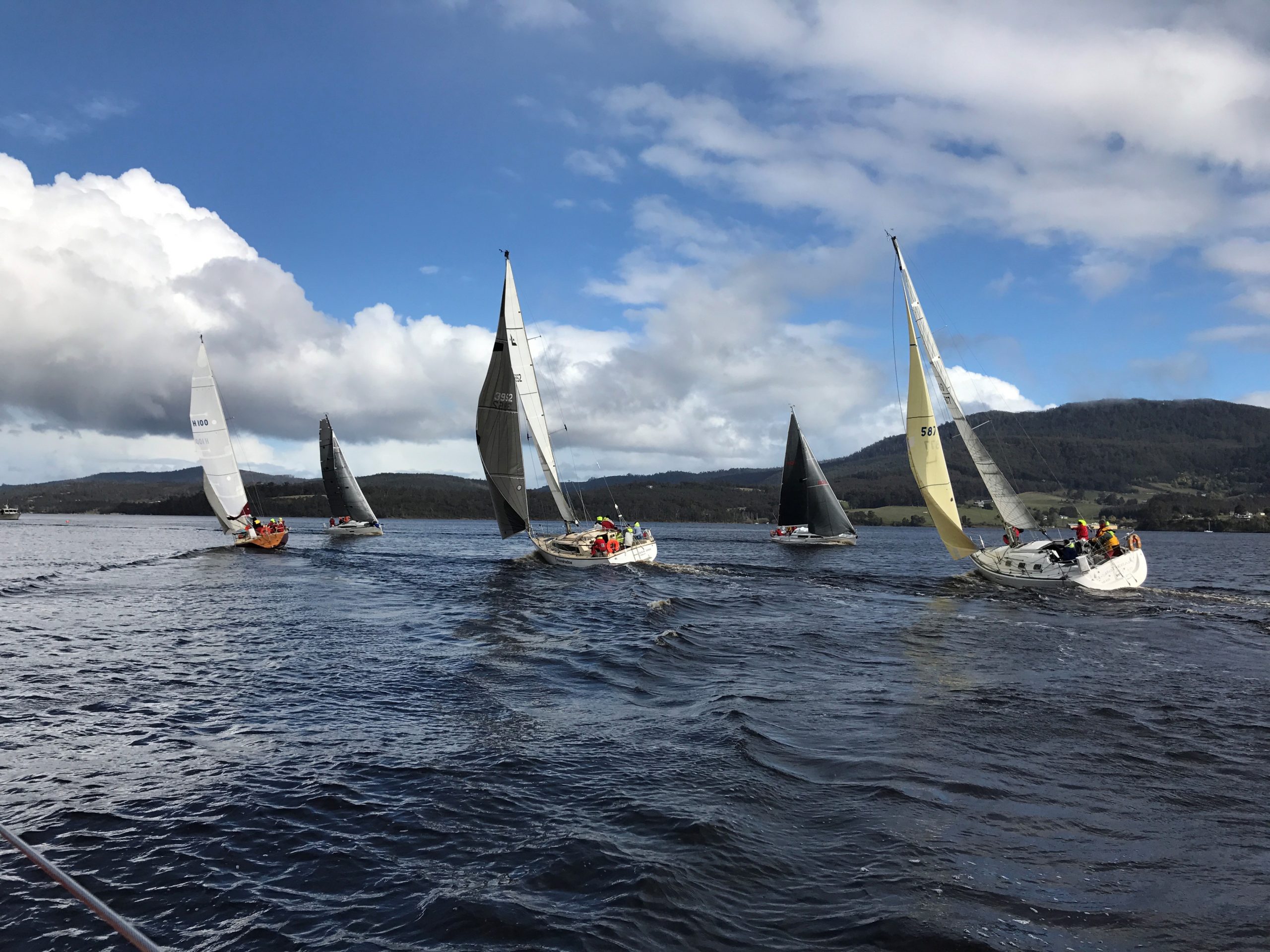 The Pipe Opener, the traditional spring regatta leading up to the Combined Clubs racing summer season out of Hobart, began with a night race on Friday followed by the Cock of Huon race on Saturday.

The Ronald Young & Co/Aquaculture sponsored Series ended today with a morning race from Port Huon to Gordon, giving the fleet a taste of sailing on the River Derwent, D’Entrecasteaux Channel and the Huon River.

Conducted by the Derwent Sailing Squadron and Huon Yacht Club, the Pipe Opener Series is a unique yachting event, the only one in Australia open to all types of keel boats, trailable yachts and multihulls, where the first race starts and finishes at night.

Today, Derwent Sailing Squadron boats Emotional Rescue and Wings Three today each clinched overall first place in their divisions in the third and final race, from Port Huon to Gordon in the Channel.

Rad led the fleet from Port Huon to Gordon and on corrected times won PHS division1 and the AMS division. Another Girl also was first home in Division 2 and won on handicap.

Cock of the Huon, Another Girl, skippered by Michael Barlett, won the PHS Division 2 of the Saturday afternoon race after a close duel around the course with Emotional Rescue (MIchael Hutchinson), the two yachts finishing 39 seconds apart.

However, on corrected time, Another Girl reversed the order, winning by 4 minutes and 45 seconds. Her corrected time was the lowest of the fleet, giving her the Cock of Derwent title.

Under the rules of the regatta, with the Cock of the Huon coming from division 2, the next three boats moved up a place.

With Another Girl Cock of the Huon first place in division 2 went Emotional Rescue, second to the new Jeaneau 349, and third to Moonshadow (Anthony Ellis).

Emotional Rescue won the AMS division of the Cock of the Huon race, following her success in Friday night’s race from Hobart down the Channel to Gordon, sailed in cold, wet and windy weather, gusting to 30 knots.