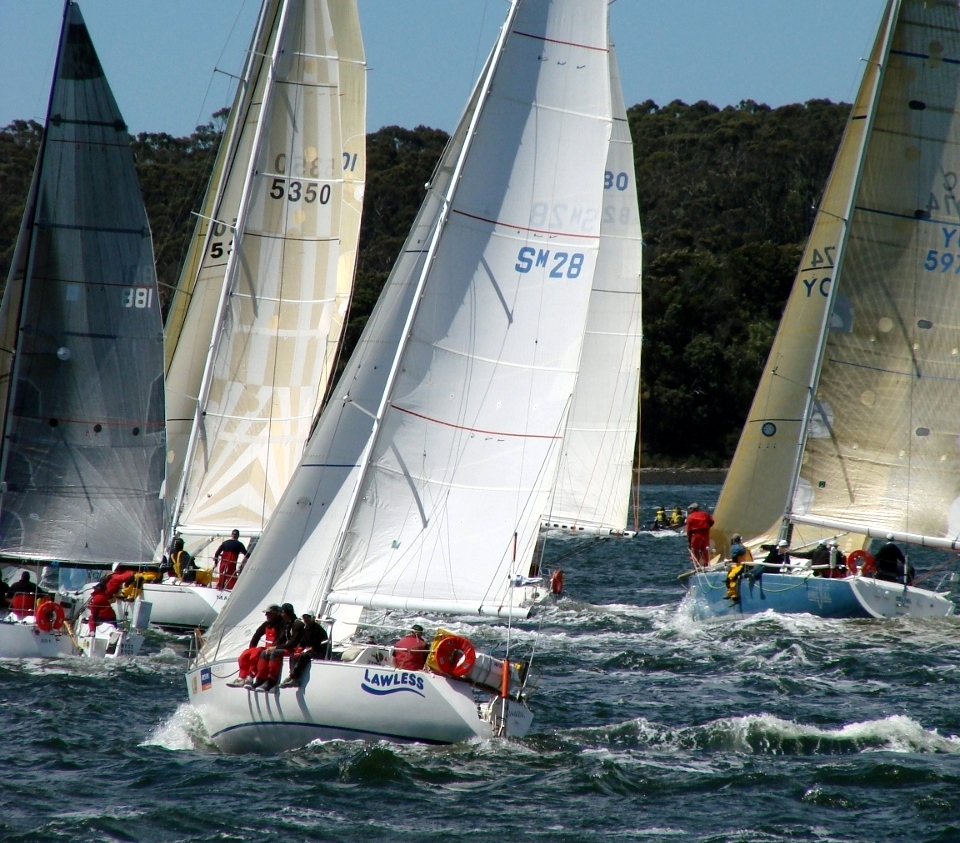 The 2020 TasPorts Launceston to Hobart Yacht Race (L2H) has attracted the biggest fleet since 2016, with 33 contenders including one Victorian and 32 Tasmanian teams including four teams from the north of the state.

Pacific 50, finished second across the line by less than ten minutes to winner Fork in the Road (Gary Smith) in the 2019 race and will be looking to capitalise on every opportunity to make it to Hobart first. Greensees his strongest competition coming from Oskana (MikePritchard) while Tilt (Peter Cretan), is also a strong chance for line honours.

Green is looking forward to the delivery trip and the race after being locked down in Melbourne during the pandemic. “We feel at a significant disadvantage as we haven’t even stepped on the boat during the pandemic, but we will be watching the weather maps closely to make sure we are ready for the race,” said Green.

Bugg describes the L2H as a tactical, close-shore race in which the winner will be the boat that best navigates the tides and peculiar weather patterns of Banks Strait, the holes around Friendly Beaches should a strong westerly blow, the big swells and currents of Tasman Island, and the unpredictable River Derwent. “This is a homegrown Tassie race and the key to winning is being in the right place at the right time on the journey south,” said Bugg.

Several teams are using this year’s race as a starting point for more offshore sailing campaigns. John Dryden, sailing his modified Bakewell-White Z 39, Jazz Player, is looking to upskill new crew before entering the 2021 Sydney to Hobart Race (S2H), with his longer-term plan to sail in the re-scheduled Melbourne to Osaka Race in 2025. Mark Bayles and Andrew Sinclair, co-skippers of Kraken 42S, are taking the opportunity to build the experience of their crew before campaigning the Cookson 12 in the 2021 S2H as well as a future Hamilton Island Race Week.

Skippers are working hard to get their boats ready for the race including Launceston-based team, Advantedge, which is sailing for the first time since 2012. Skipper Andrew Jones has had the Inglis 47 completely revamped with the crew, including brother Michael and nephew Samuel, working around the clock to have the boat ready for the race.

The team at Salter Marine are relieved to have beaten the clock with Royce Salter launching his Hick 35, Prima Donna, only a few days ago after a complete makeover.

Matthew Keal’s Mumm 36, Heatwave, which finished second on IRC and third on AMS handicaps in 2019 will be a strong contender once again, while Richard Boult and Jean-Pierre Ravanat will be putting their Jeanneau Sunfast 3300 Hip-Nautic to the test, sailing the boat two-handed in their first race.

The race starts on Sunday 27 December and is expected to be decided in Hobart on Tuesday 29 December.

The 285 nautical mile race usually starts at Inspection Head at Beauty Point and tracks down the Tamar River to Low Head before heading into Banks Strait, however this year’s Notice of Race permits Tamar Yacht Club Race Officer Tom Bain to start the large fleet outside the Tamar River to ensure manoeuvrability for the 50-footers and to avoid boats running aground if there’s little wind and a strong tide.

To review all race entries, results and follow the live trackers, go to www.l2h-dssinc.org.au