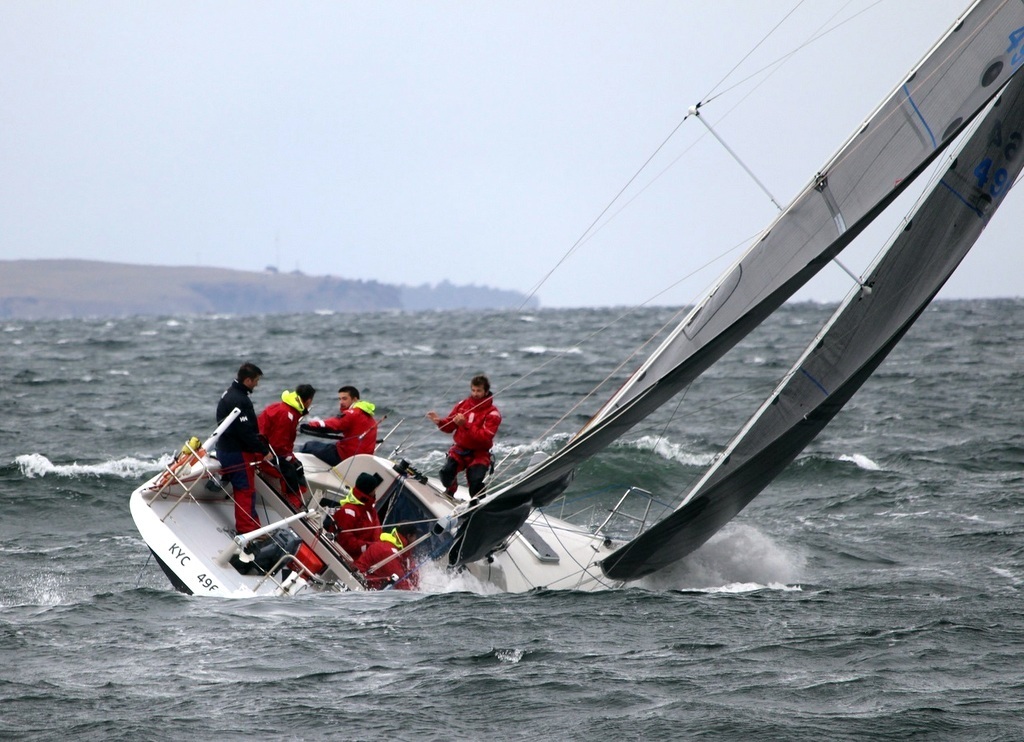 Derwent Sailing Squadron and Huon Yacht Club’s opening event of the yachting season, the Pipe Opener Series, is celebrating its 50th on Friday week, 21 September, with an added status.

Hobart’s Combined Clubs have included the popular Friday night race as part of this summer’s Offshore Trophy, making it a four race event over the summer season.

The finish of the race, from Hobart down the Derwent and the D’Entrecasteaux Channel, will be extended to Garden Island near the mouth of the Huon River.

The Pipe Opener night race starts at 7.00pm on Friday week and on Saturday afternoon many of the fleet from Hobart will join local boats in the traditional Cock of the Huon at Shipwrights Point. Rounding off the weekend is a race from Port Huon to Gordon.

In past years the Offshore Trophy winner has been decided on just the Maria Island and Bruny Island long offshore races, but this season the Pipe Opener and Bellerive Yacht Club’s Isle of Caves Overnight Race have been added to the series.

Significantly, this means that yachts competing in the long ocean races at Christmas will have three night races as part of their preparations:  The Pipe Opener next Friday, 21 September, the Isle of Caves Race on Wednesday, 24 October and the Maria Island Race starting on Friday, 16 November.

The fourth race in the Combined Clubs Offshore Trophy series will be the Royal Yacht Club of Tasmania’s Bruny Island Race on Saturday, 9 February 2019.

Although entries for the Ronald Young & Co Builders Pipe Opener Series do not close until Wednesday week, 19 September, more than 20 boats have already been nominated which DSS manager Shaun Tiedemann describes as “unprecedented, so far ahead of the event.”

Entries also now include Mike Pritchard’s Cookson 50 Oskana and David Aplin’s MBD35 Whistler, both of which are entered for the Melbourne to Hobart West Coaster this year.