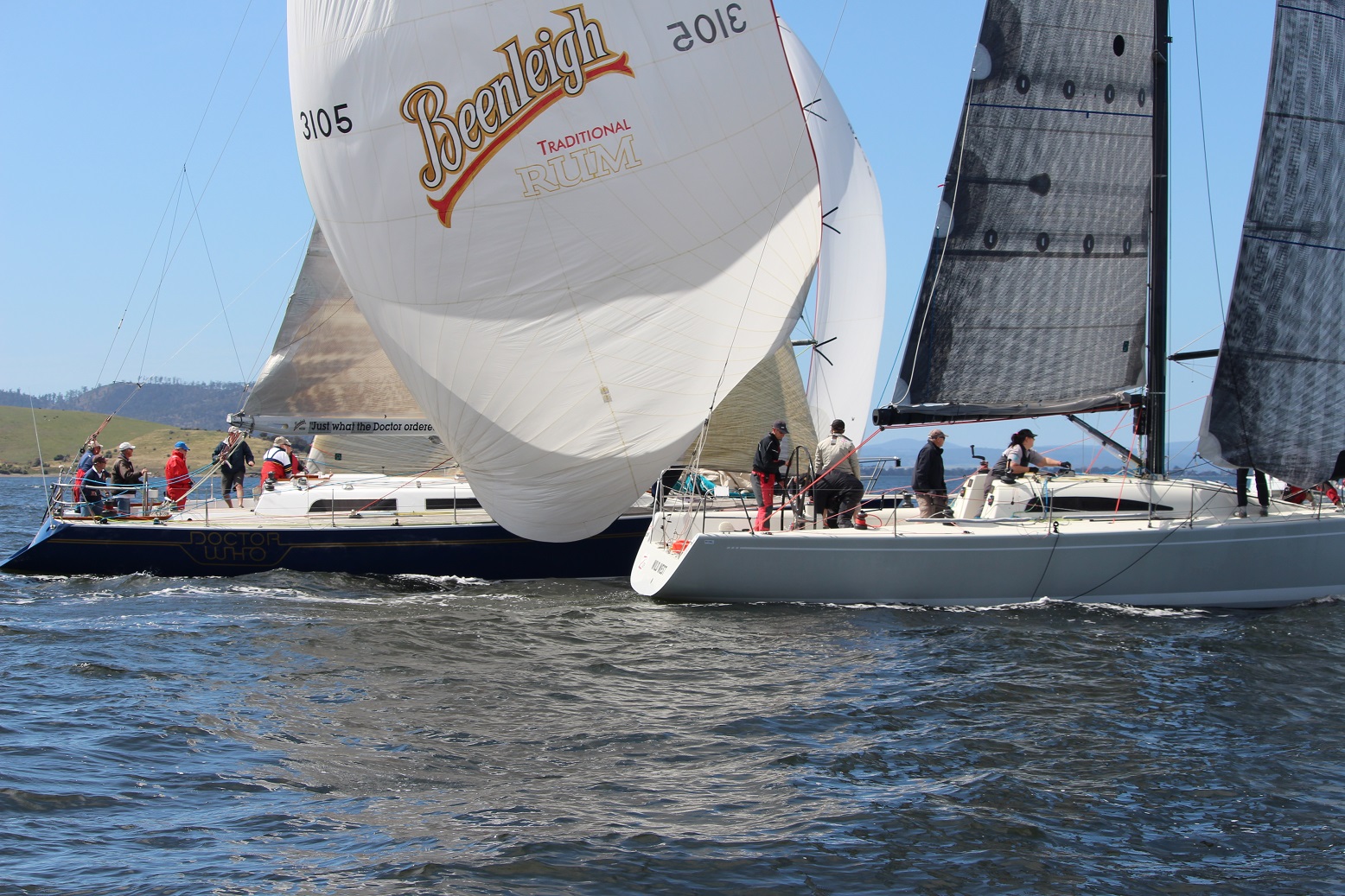 Doctor Who, one of Tasmania’s most successful racing yachts of the past three decades, yesterday made a winning comeback in the opening race of the Combined Clubs Summer Pennant, a river race on the Derwent.

Skippered by Rod Jackman, the black-hulled sloop which won its division of the Sydney Hobart race in 1990, slipped away from the fleet becalmed off Gellibrand Point to finish fourth across the line.

Group 1 has attracted 18 entrants of which 14 raced yesterday, Group 2 nine, Group 3 twelve and Group 4 eleven, with just one non-starter within these groups.

The success of the veteran yacht was also a winning comeback to big boat racing for skipper Rod Jackman who in recent years has been an active, and successful, participant in racing radio controlled yachts on Risdon Dam.

Wild West made up for her two second places to Doctor Who under PHS and IRC scoring with an emphatic win under AMS scoring. Veteran Don Calvert steered Intrigue into second place with third going to Gary Smith’s The Fork in the Road.

As Bellerive Yacht Club sailing manager Peter Watson put it….”chocolates for some, boiled lollies for others appeared to sum up the day, especially for Group 1 boats.””

Group 1 went down the river to a mark off Gellibrand Point where the sea-breeze was fighting the northerly gradient, leaving completely calm sections on the.

Among those becalmed was Michael Pritchard’s Cookson 50 which had opening a commanding lead in the spinnaker run down the river.

Some boats, including Wild West and Doctor Who, slipped up the eastern shore in a light northerly to establish an unbeatable lead.

It was a long day on the water for some boats in Group 1, with Ian Stewart’s Tas Paints and Ian Marshall’s As Good As They Get crossing the finishing line at 17.51, just 11 seconds apart.

Groups 2, 3 and 4 stayed with the Howrah/Tranmere vicinity of the eastern shore with plenty of breeze for the whole race.