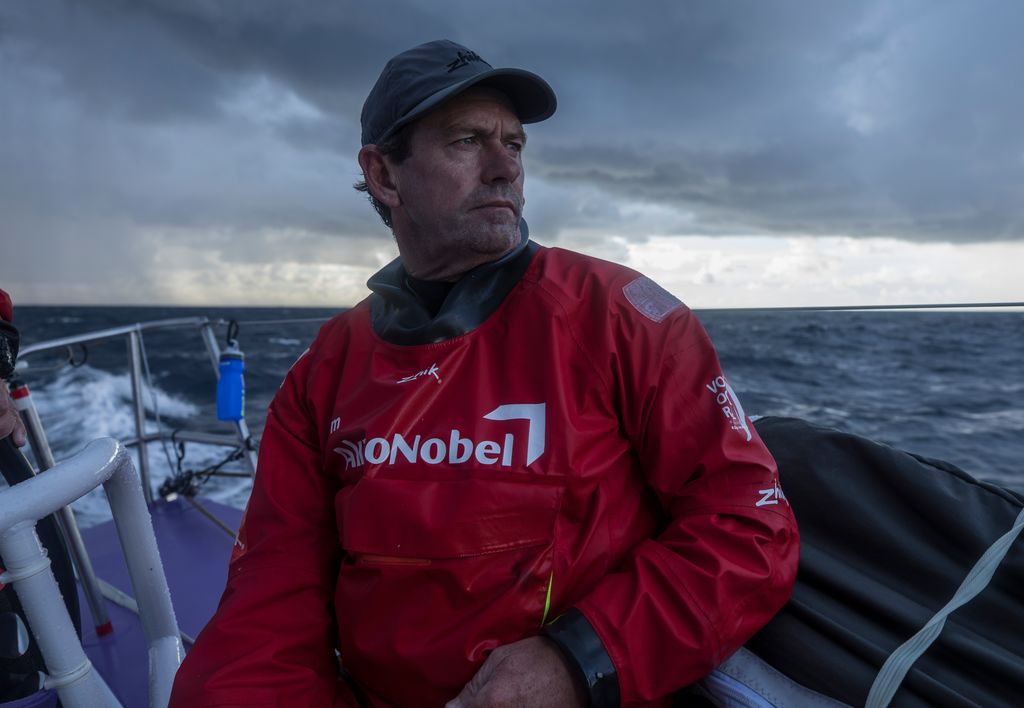 Monday, October 16, 2017: Three-time Volvo Ocean Race winner Brad Jackson has been announced as skipper of the Dutch Volvo Ocean Race entry team AkzoNobel for the 2017-18 edition of the 83,000-kilometer around the world race.

The forty-nine-year-old from Auckland, New Zealand is competing in his seventh Volvo Ocean Race after coaching the Swedish all-women entry Team SCA in the 2014-15 edition.

Jackson will take on the skipper role as well as his watch captain commitments shared with three-time Volvo Ocean Race veteran and 2008-09 edition winner Joca Signorini (BRA). Jackson’s appointment follows the recent departure of Simeon Tienpont (NED) from the team.

Jackson is one of the world’s most experienced and highly regarded professional ocean racers and his name is synonymous with the Volvo Ocean Race.

He was 25 when he won the 1993-94 Whitbread Round the World Race (the Volvo Ocean Race’s previous title) aboard the maxi yacht New Zealand Endeavour, skippered by fellow Kiwi Grant Dalton.

As well as never having finished lower than fourth in any of his six Volvo Ocean Race campaigns, Jackson’s record of three race victories is matched by just two other sailors, fellow New Zealanders Stuart Bannatyne and Mark Christensen.

“It’s a privilege to lead a team of people as talented and committed as this one – both on the water and on shore,” Jackson said. “The credit for the quality of team AkzoNobel should go to Simeon Tienpont.

“We have been through a difficult time since Simeon’s departure, but I’m proud of the way everyone at team AkzoNobel has responded and now it’s time for us to focus on the race, which begins in just six days’ time.

“I’m grateful for the support I have received from within the team. It’s not the ideal preparation for the race that we had hoped for, but I know we can move forward quickly and be racing hard on start day.”

The team will announce the ninth crew member for Leg 1 in the coming days.