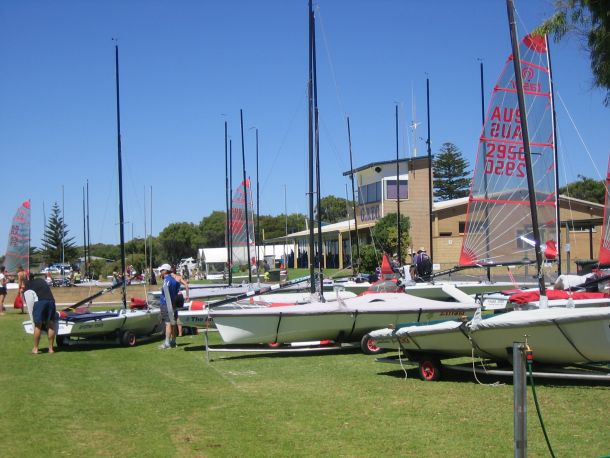 Competitors for the 2015 Tasar World Championships were busy today preparing for tomorrow (Saturday 3rd) afternoon’s Practice Race which will be sailed in an area close to the west side of Busselton Jetty, within good viewing distance for spectators on the jetty and foreshore.

Current and past world and national champions are among the many sailors who have been out on the waters of Geographe Bay during recent days, enjoying the variety of conditions of wind and water.

On Sunday afternoon the 123 boats will contest the first two of ten heats, with the remaining eight heats sailed during the weekday afternoons, with the last heat raced on Friday morning.  The event is being hosted by Geographe Bay Yacht Club.