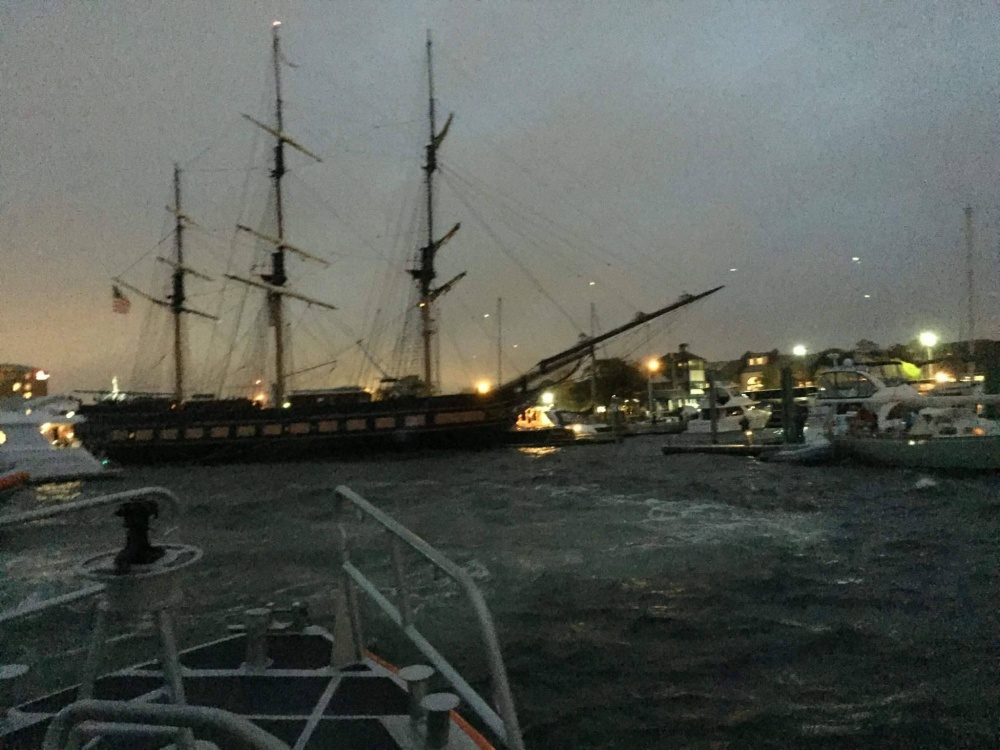 The SSV Oliver Hazard Perry drifts on to a marina on Rhode Island.

The SSV Oliver Hazard Perry, an educational tall ship homeported in Newport, was leaving Bowen's Wharf Seafood Festival with 12 crewmembers aboard when it lost power and began to drift.

A 911 dispatcher alerted Coast Guard watchstanders to the incident at about 6:15 p.m.

Two response boat crews from Station Castle Hill immediately deployed to the scene, where personnel from the Narragansett Bay Task Force are also helping with the response.

There are no reported injuries or pollution. The incident is under investigation.