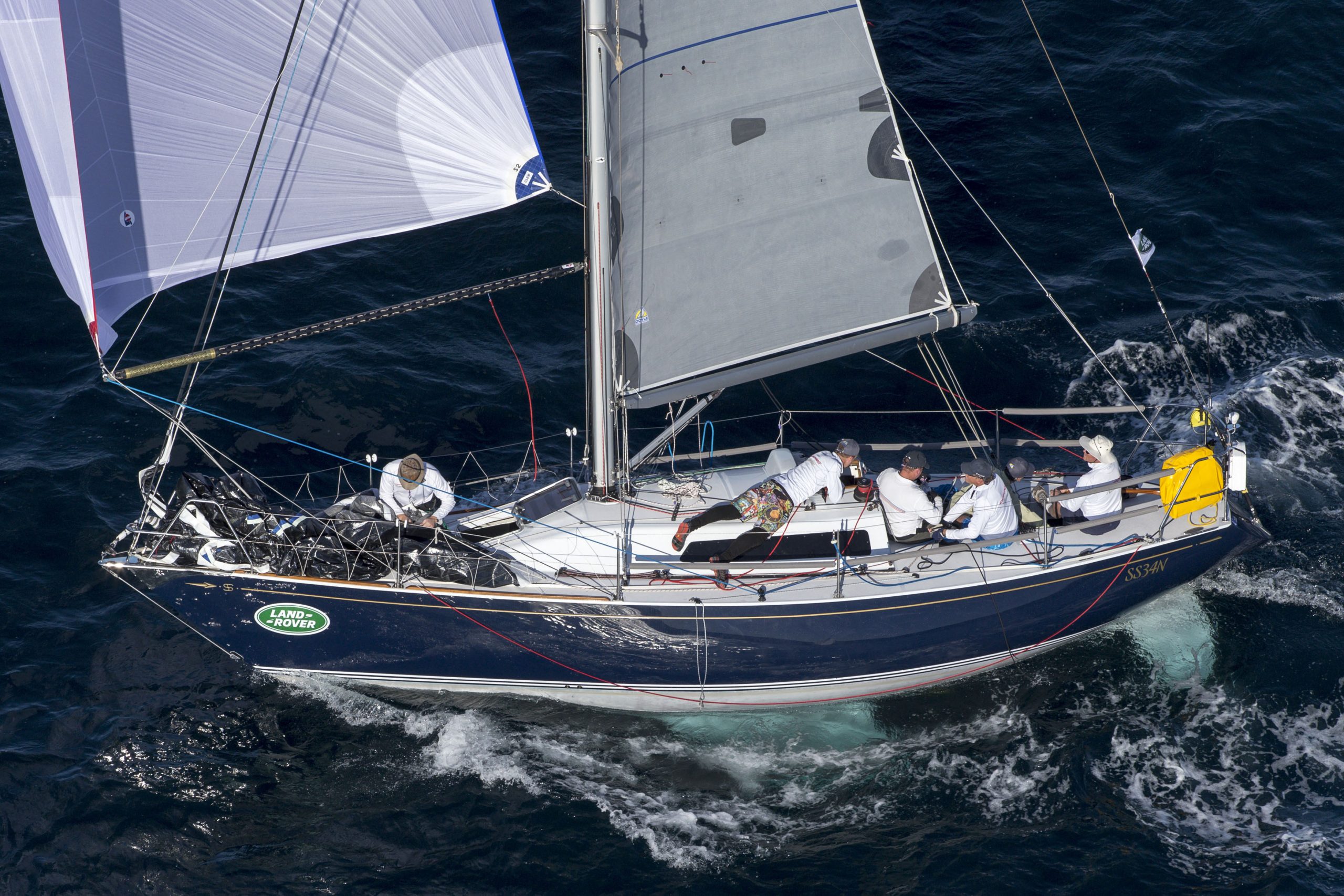 Online entry into the 31st running of the Cruising Yacht Club of Australia’s Land Rover Sydney Gold Coast Yacht Race, to start on Sydney Harbour on Saturday 30 July, is open.

The 384 nautical mile race also signifies the start of the CYCA’s challenging Blue Water Pointscore Series (BWPS) and is the dawning of Queensland’s circuit of warm-water races and regattas.

Justine Kirkjian, the CYCA’s Sailing Manager, estimates 60 plus yachts will be on the start. Among them, and raring to go, is reigning champion Shane Kearns with his newly rebadged Komatsu Azzurro. The 1981 launched S&S 34 won last year’s race as Quikpoint Azzurro, and beat her much larger contemporaries, Chinese Whisper and Black Jack, to the overall win.

“Of course we will be there and trying to win again. Let’s hope the weather favours the smaller boats,” Shane Kearns commented.

“It’ll be very strange without Hicko (Roger Hickman, who passed away last month) there. It leaves a big hole. His was the only boat we ever raced – it’s vintage like Komatsu Azzurro and not too much bigger. We could always gauge our performance against him. Wild Rose was always the boat to beat,” he said of the yacht that finished fourth overall last year after winning the race in 2014 and going on to win the Sydney Hobart the same year.

However, Kearns, who re-launched the yacht in 2014, on the back of purchasing her as a near-wreck on his credit card, knows his craft is capable. Komatsu Azzurro held Paul Clitheroe’s Balance to ransom in the 2015 Rolex Sydney Hobart, but eventually Balance won and Kearns finished third, when the wind shut down on the S&S 34 from Tasman Island to the finish.

“Next week the crew will be together for Sail Port Stephens, which will be a tune-up for the race to the Gold Coast. It’s the same bunch from John Walker’s Impeccable that I put together at John’s funeral in 2014,” Kearns said. “We really look forward to the race, it’s one of the few major events we do in the lead up to the Hobart, so we’ll be doing our best.”

Rupert Henry has confirmed his JV62 Chinese Whisper will be a starter, and it is envisaged Black Jack will also compete, along with the TP52 Balance, Derek and Martin Sheppard’s Beneteau 45 Black Sheep, Tony Kirby’s Ker 46 Patrice and Koa, the TP52 purchased by Peter Wrigley and Andy Kearnan late last year.

“With the summer offshore season at an end, competitors always look forward to the Land Rover Sydney Gold Coast Yacht Race, the first offshore event for the new season. It’s always an enjoyable experience, leaving winter for the warmer climate that Queensland offers, not to mention the welcome we receive from Southport Yacht Club,” CYCA Commodore, John Cameron commented.

“It’s also usually a chance to see some of the possible entries for the Rolex Sydney Hobart Yacht Race and the form they are in. And it’s an opportunity for competitors to have a look at their competition for that and the Club’s Blue Water Pointscore,” he finished.

Established in 1986, the annual race has attracts a number of high-profile yachts from around Australia.

The Land Rover Sydney Gold Coast Yacht Race will start on 30 July at 1300 hours from the start line off Nielsen Park at Vaucluse. The fleet will exit Sydney Harbour and turn left at the Heads. The finish is marked by a large buoy at Main Beach, Southport. Between the start and finish, yachts will pass landmarks such as Newcastle, Port Stephens, Port Macquarie, Coffs Harbour and Cape Byron.