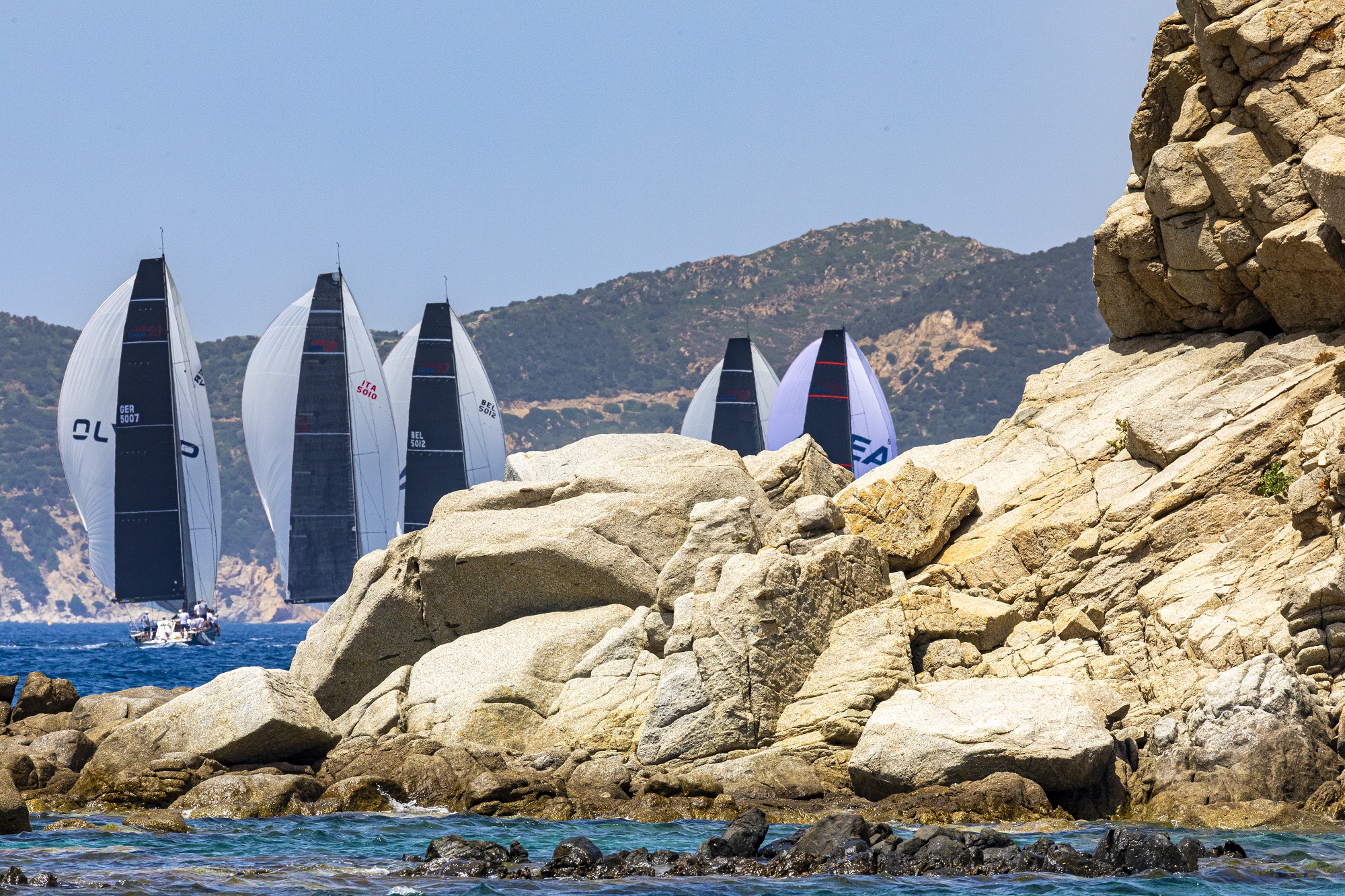 After four days of intense racing and 10 hard fought and ultra-competitive races in the spectacular setting of south-east Sardinia, the final places were decided at the Swan Sardinia Challenge on Saturday local time.

The crystal-clear waters off Villasimius were witness to the fortunes across the three one-design classes varying rapidly on each leg of the racecourse where competitors and officials were able to celebrate a successful regatta at what was a new venue for the Nations League.

Marcus Brennecke’s well sailed Hatari emerged at the top of the ClubSwan 50 leaderboard, holding off persistent and determined challenges from Louis Balcaen’s Balthasar and August Schram on Stella Maris.

Brennecke said, “It’s the result of lots of different elements coming together. First, there’s the crew – we are sailing together the whole time, we don’t make a lot of changes, and we are very consistent with the same crew for the third season, plus we get along very, very well. They are obviously good sailors but also, we have lots of fun.

“We try to optimise everything, a little bit here, a little bit there, we do our training and do our best to try to sail very consistently.”

A delighted Thompson said: “It’s as much relief as delight because you know we had already had a decent lead going into this morning. The only people who could really beat us were ourselves, but we managed to avoid that, so that’s fantastic and everyone did a great job.

“It was a fantastic day’s sailing; in fact, the best day’s sailing I’ve ever had in a ClubSwan 36 in terms of wind and sea conditions. We recorded a top speed of 21.5 knots today, which is pretty fast. I ‘ve got to say it’s not as scary as it looks. You’re slightly scared but you’re very exhilarated and actually the boat handles so well in a breeze.

“We just really focused down on the simple things and tried to make sure we do all of them really well and not complicate our lives, and somehow that worked pretty well.”

“Villasimius gave us an unforgettable four days of sailing,” Terrieri said. “Beautiful conditions and great competition. It was truly a pleasure. It is an honour to come to this regatta. It was a very difficult competition, because the three boats are all of the highest level, and therefore we always had very close racing.”

Marina di Villasimius provided a warm welcome alongside the support provided by the Regione Sardegna, the town of Villasimius and the Marinedi Group.

Giovanni Pomati, Nautor Group CEO said: “This is our first time in Villasimius, and it’s been an amazing first, watching 26 boats competing in this beautiful setting of a natural park. A full program of 10 races with excellent wind conditions from 8 to 25-plus knots has been quite a show.

“We want to thank the local authorities and the Marina di Villasimius for hosting us and for gifting us with great special moments during this event.”