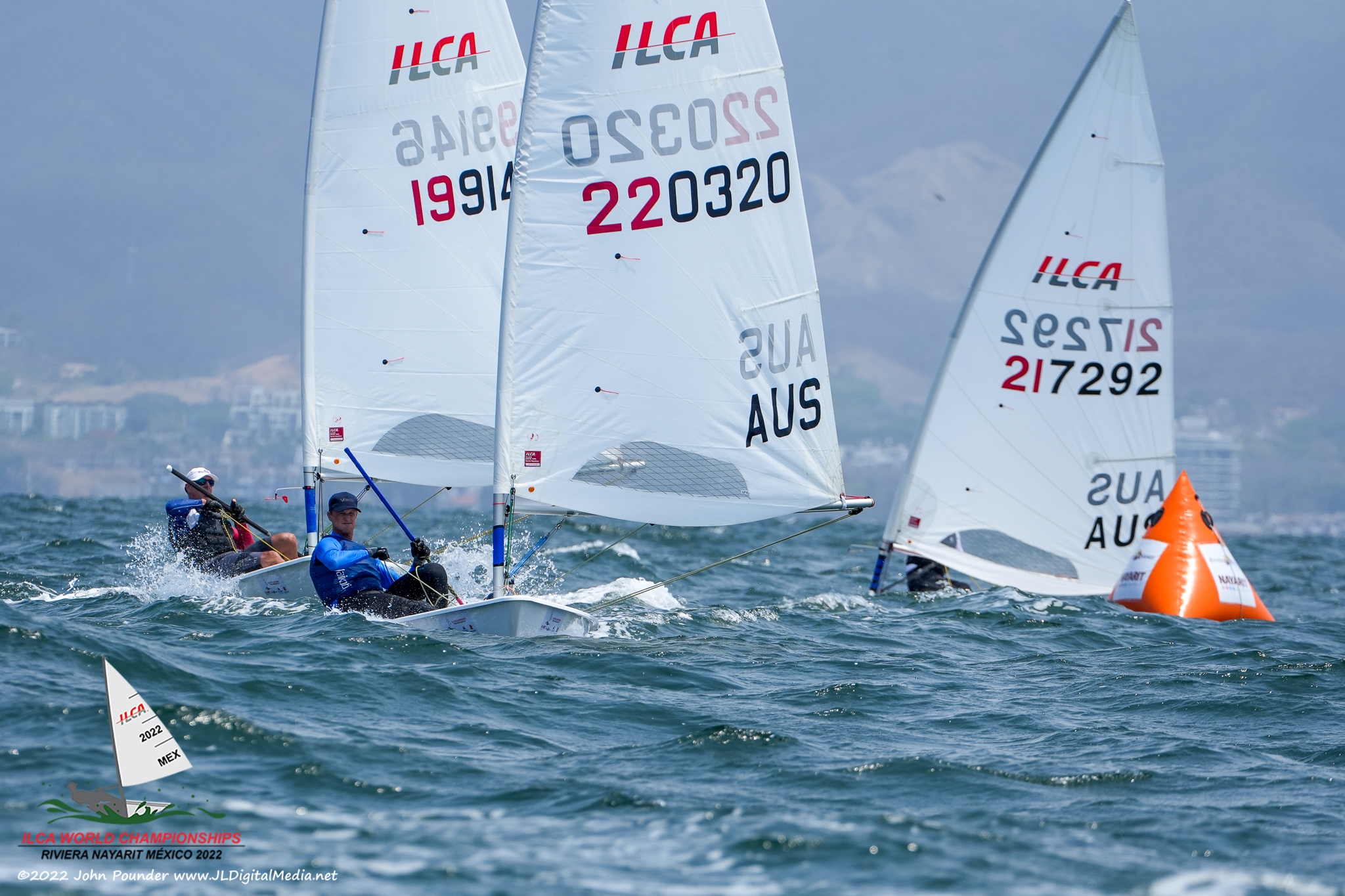 Vallarta, Mexico: Two races were completed today on the third day of the 2022 ILCA 7 Masters World Championship in Riviera Nayarit, where Australia’s Brett Beyer scored two wins from two races in the Grand Masters fleet to retain his place at the top of the leaderboard and the best placed of the eight Australians taking part across the categories.

It was another grey morning without wind, so the day began with an AP flag on shore. After a couple of hours waiting, 4–5 knots filled in, which was enough to lay the course with the wind building. The wind steadied at about 6–8 knots, with gusts up to 10 knots, for all fleets to get their two races off successfully.

Australian Brett Beyer sailed two bullets in the Grand Masters fleet, maintaining his position atop the leaderboard. After six races, his discard is a third place. Great Britain’s Mark Lyttle is still behind Beyer in second place overall, but already nine points behind, while Andrew Roy of Canada climbed into third after Races 5 and 6.

In the Great Grand Masters fleet, Great Britain’s Tim Law still leads the way ahead of German Wolfgang Gerz in second, but the star of today was Great Britain’s Michael Hicks who won both of today’s races and moved into third place overall.

Because six races have been successfully completed in the first three days of the Championship, tomorrow’s reserve day can be used as a lay day for the sailors to rest – or to go sightseeing. This evening is the sailors party where competitors can relax and rest after three days of racing. Two races are scheduled for Sunday, June 5 local time.