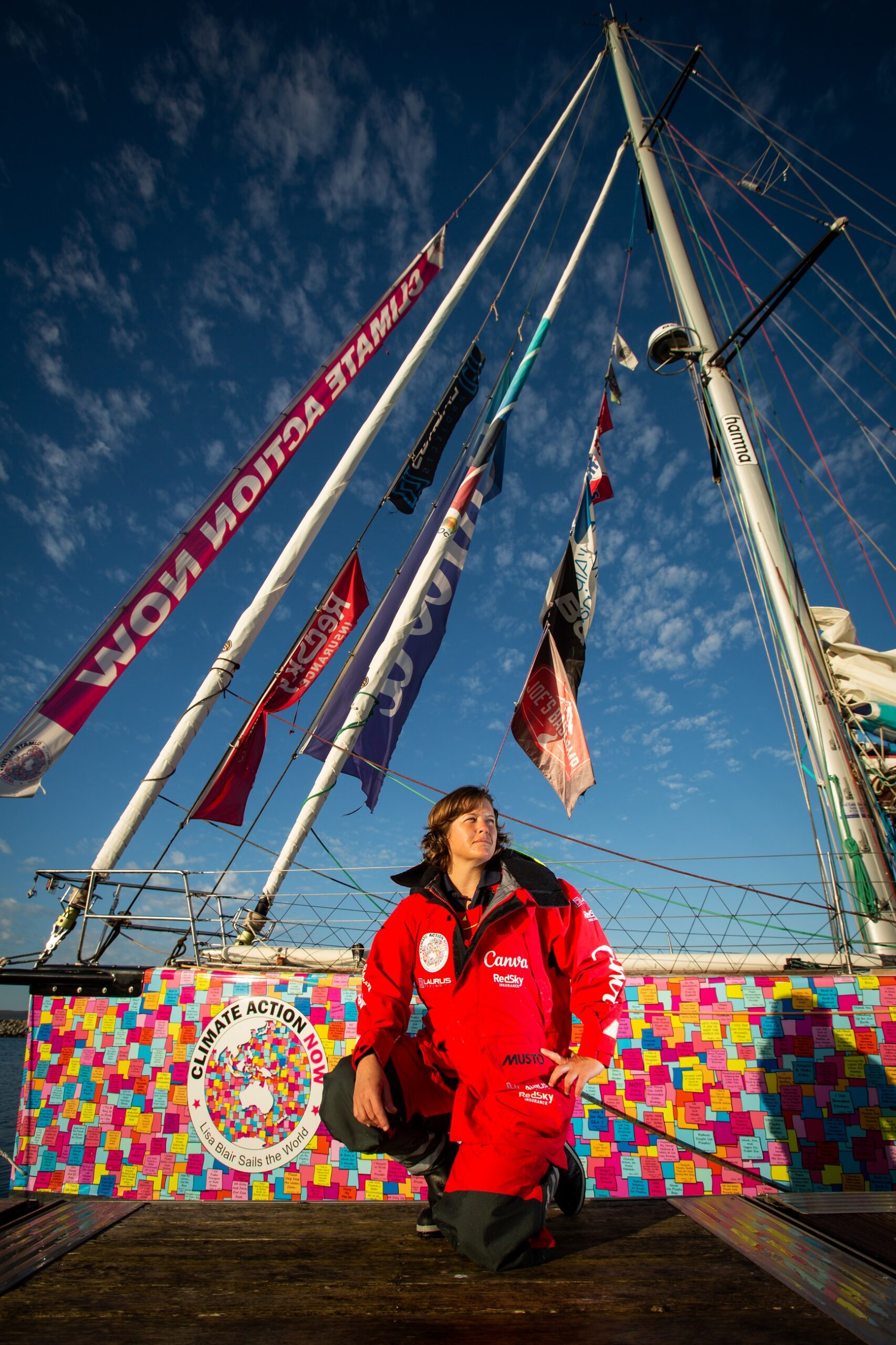 Lisa Blair prior to her 2022 record attempt, sailing solo non stop and unassisted around Antarctica

Fearless Australian yachtswoman, Lisa Blair (36), nearly lost her life, twice in the Southern Ocean back in 2017 and on Sunday, starting at noon, she will face her fears and return to these notoriously stormy seas in a second attempt to sail solo, non-stop, around Antarctica in record time aboard her yacht ‘Climate Action Now’.

Blair, described as the ‘Ice Maiden’ following her first attempt to become the first woman to sail around Antarctica solo and non-stop in 2017 aboard her 50-foot sail yacht ‘Climate Action Now’, will be loaded with scientific monitoring devices and probes for the three-month long attempt.

The secondary goal was to break the current record of 102 days 1 hour 35 minutes 50 seconds held by Russian Fedor Konyukhov.

Seventy-two days into her solo voyage, and three quarters the way around Antarctica. Blair suffered a dramatic and life threatening dismasting in storm conditions more than 1000nm from land. She managed to save her yacht, was rendered fuel from a passing container ship, built a jury rig and motor sailed into Cape Town, South Africa.

Two months later, the yachtswoman re-started her voyage, crossed her track at the position of demasting and continued back to Australia.

On July 25th she made history and became the first woman to sail solo and unassisted around Antarctica with one stop. Now she wants to repeat the challenge and complete it non-stop in record time.

The Australian is under no illusion as to the challenge ahead. Forewarned is forearmed and she knows that in the middle of the Southern Ocean no one will be able to respond in an emergency.

Well out of range of any air-sea rescue, Blair will be fully dependent on her own resilience and painstaking preparation for all eventualities – from extreme weather and seas, to floating hazards such as ice, debris and lost shipping containers.