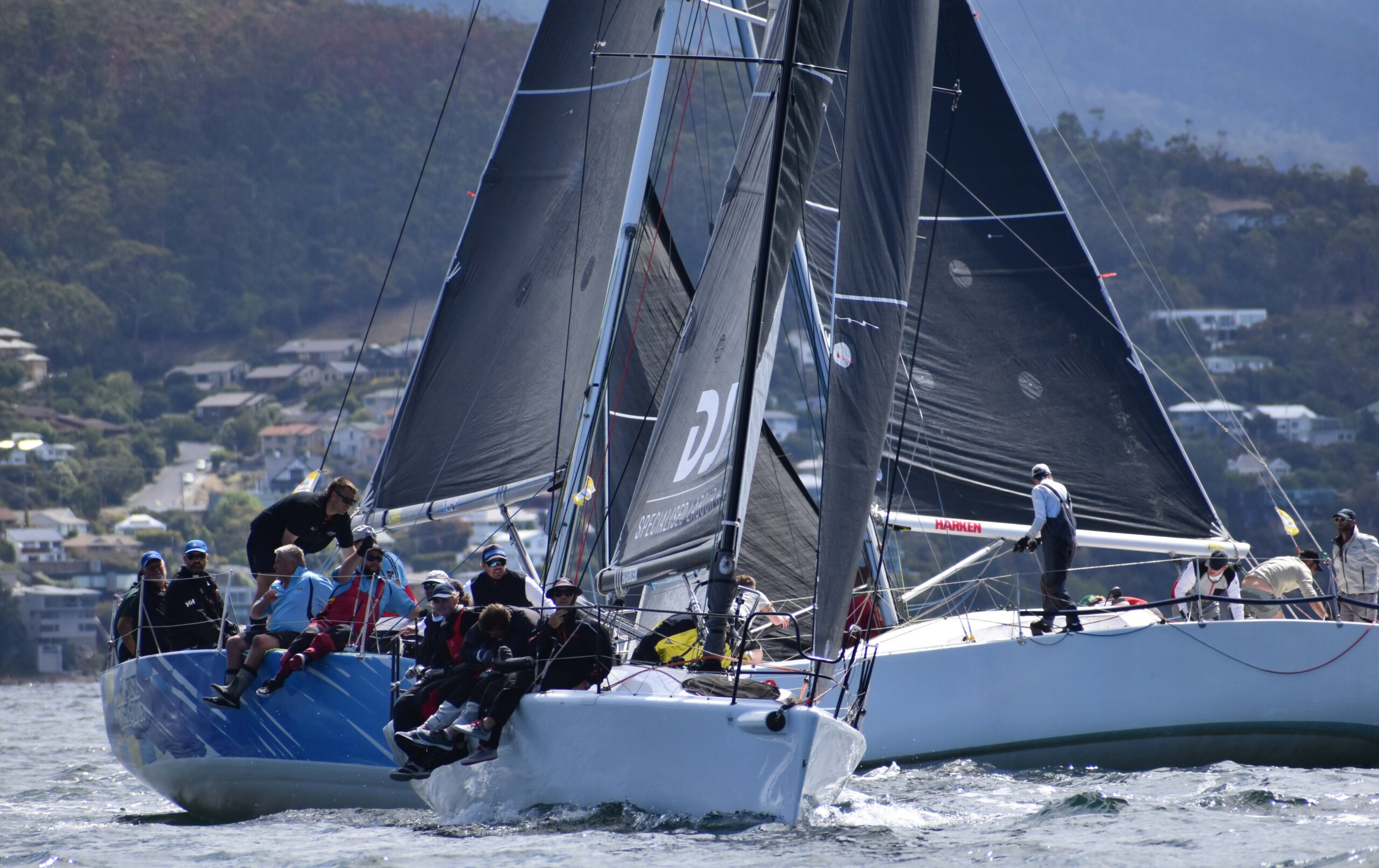 The River Derwent will be flush with colour this weekend when over 100 entries from Tasmania’s top sailors take to the water in the Banjo’s Shoreline Bellerive Crown Series Regatta.

The three-day event, which started with a twilight race on Friday night, has an action-packed sailing program and features racing keelboats, performance cruiser/racers (spinnaker and non-spinnaker), one-design class sailing and an off-the-beach (OTB) program.

Family bragging rights will be on the line, with Stephen Keal going head-to-head with son, Matthew, as they fight it out to get their hands on the Mumm 36 silverware.

The keelboat racing program includes the Tasmanian AMS Rating Championship for AMS certified entries. Midnight Rambler, skippered by Ed Psaltis from the Royal Yacht Club of Tasmania, will be looking for a hat-trick having won the two previous Championships.

Psaltis is currently in second place on AMS in Group One of the Combined Clubs Harbour Series and is leading on IRC.

In the OTB category, the largest fleets will be in the International Cadets, Laser 4.7s and Optimists plus a smattering of 29ers, sailboards and Sharpies. Rising starts Tom Fader, Indi Cooper, Charles Pavlides and Adelaide O’Donoghue will be putting their skills to the test over the weekend.

The Banjo’s Crown Series Regatta will once again host the SB20 Tasmanian Championship with a fleet of 12 boats entered. This is expected to be a closely fought battle with at least half the fleet of identical boats capable of taking out the trophy.

The sailors will likely experience fluky breezes over the weekend, with the forecast predicting west to northwest winds of 10-15 knots on Saturday and similar conditions on Sunday.

The regatta is a highlight of the summer sailing season and brings together the local community and sailors alike, while on the water, race officials and volunteers are drawn from all Hobart sailing clubs. The event enjoys the ongoing support of Banjo’s Shoreline as the principal sponsor.