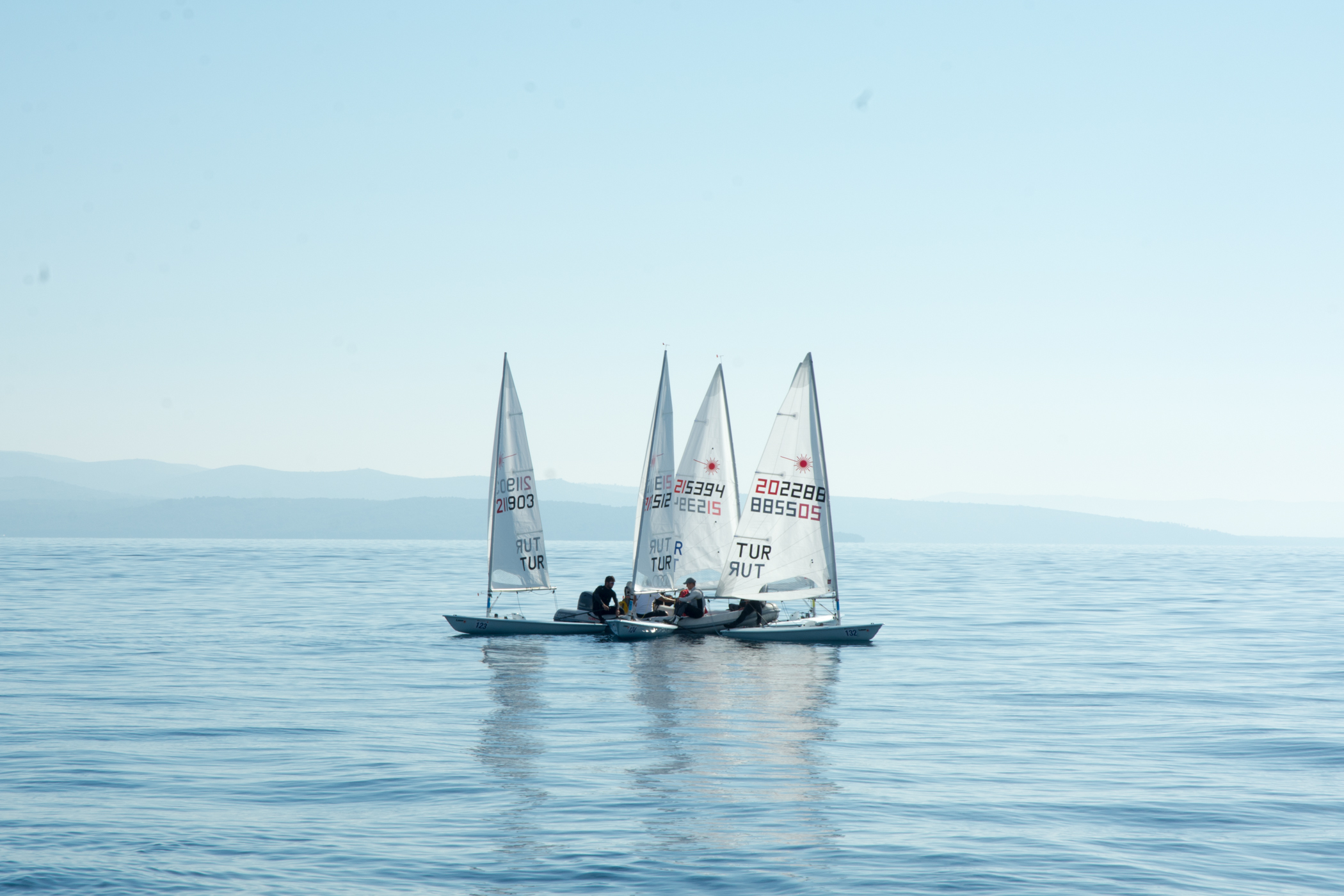 (Split, Croatia) Race committee left the harbor at 1030, on schedule, and spent the day watching and waiting. The light easterly breeze in the morning faded, as forecast, but the haze never burned off and the westerly thermal never filled in. The sailors stayed on shore, rigged and waiting, until RC called it for the day at 1400.

Twelve races are scheduled for the Under-21 Worlds – two races per day for six days. A minimum of four races is needed to count as a championship. Also, the Men are sailing in two fleets. The Qualifying Series requires a minimum of four races, after which the sailors are assigned to Gold and Silver Fleets for the Final Series. And no races have been completed yet.

It’s not that this is a new venue. The Mornar Sailing Club has hosted many Laser championships, from European Standards (2003) to European Radials (2015) to Laser Worlds (2017). It’s just turning out to be a difficult week for racing sailboats.

The forecast is somewhat better tomorrow, but not stellar. Regardless, race committee has moved the start time up to 1000 and scheduled three races for all fleets. Whether the wind allows this to happen remains to be seen.