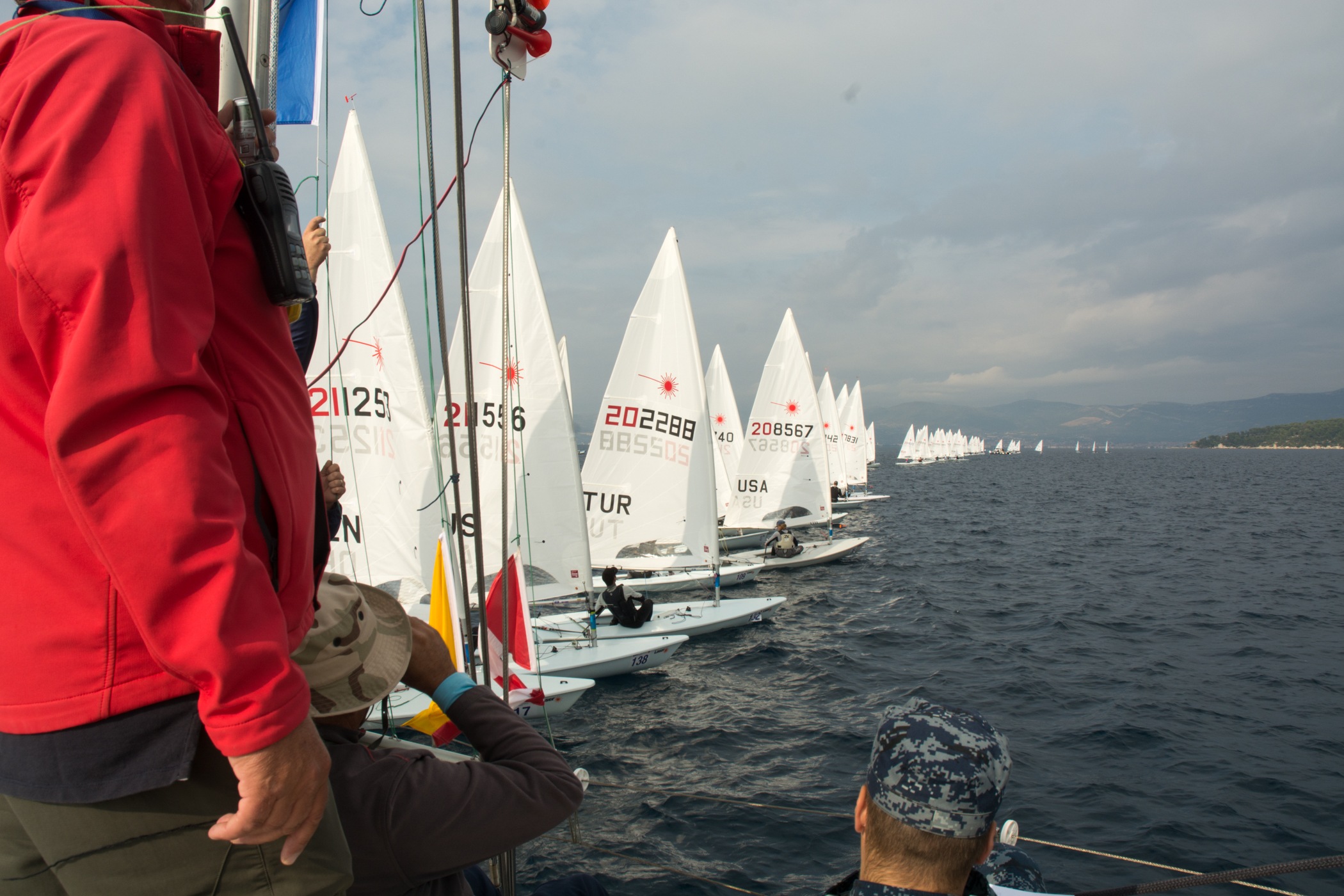 (Split, Croatia) Finally! Some racing! But just some. The fleets left the harbor at 0830 as the northeasterly breeze was beginning to build. By 1000, the scheduled start time for today, the wind was six to eight knots on course area Bravo, just outside of the harbor.

Both of the Men’s fleets (Yellow and Blue) had clean starts, although each required a second sequence and started under a Black flag. The Men sailed the outer loop of the trapezoid course and had good breeze for the first beat, the reach, and the first run. About 15 minutes separated the two fleets, with Yellow halfway up their second beat when Blue rounded Mark 2 and started their run.

By this time, late morning, the first Men’s fleet had finished and the second was on its second run. And then the wind began fade. Just initial indications at first – a decrease to five knots, but then back up to the six to eight knots seen before. Then it dropped a little more frequently, at times to below five knots.

Ultimately, race committee shortened course for the second Men’s fleet at Mark 3, after their second run. The Women had completed their first run, but the wind was now holding below five knots, and dropping. Race committee abandoned that race and postponed on the water to wait and see.

Sailors were held on the water for several more hours. The prospect of wind was not good, but with only one race completed for the Men, and none for the Women, race committee chose to wait on the water – better to hope and be ready than to call it early and then have the wind fill. It didn’t, and many sailors had already headed to the harbor by 1430, when RC called it for the day with an AP over A.

Racing continues tomorrow for Day 4, likely with an earlier start time again. But racing will depend on the wind, and the forecast is not good. Hopefully the forecasters are wrong.