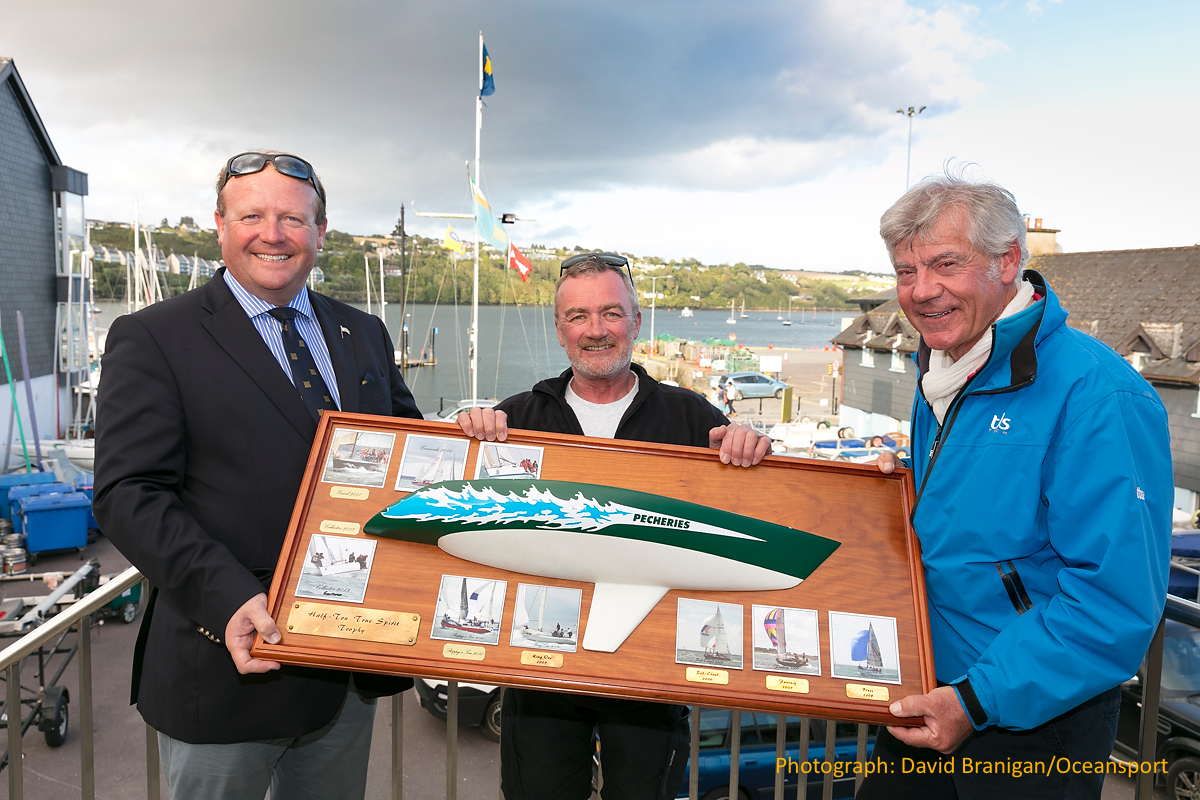 ith the overall regatta decided on the penultimate day, the Euro Car Parks Half Ton Classics Cup was presented to Phil Plumtree and the crew of Swuzzlebubble at Kinsale Yacht Club, Ireland on Friday night.

A single ‘round the cans’ final race earlier in the day also delivered a full eleven-race programme despite losing a day to strong winds.

Swuzzlebubble’s series ended on Thursday after ten races of mostly first and second places confirmed their pre-event favourite status and this year’s win is the third victory in the 40-year old boat’s modern record adding to previous wins with Peter Morton and Greg Peck.

The battle for second place went down to the wire and the outcome of the eleventh race which was won by Nigel Biggs on Checkmate XVIII and he succeeded in beating David Cullen on Checkmate XV by a half point margin to take the first runner-up place.

The Half Ton True Spirit trophy, the other major award for the week was presented to Paul Wayte and the crew of Headhunter in recognition of their camaraderie within the fleet both afloat and ashore but especially for their sportsmanship. Wayte loaned a spare mast to Superhero after their own rig was badly damaged en route to Ireland that enabled the Finnish entry to start the regatta last weekend.

Tributes were paid to Principal Race Officer Anthony O’Leary and Regatta Director John Stallard of Kinsale YC with their team of volunteers who delivered a memorable series.

Class President Philippe Pilate on General Tapioca was best of the continental entries in fifth overall in the 21-strong turnout. At the prize-giving ceremony, he confirmed that the 2018 championship will be held at the Royale Koninklijke Yacht Club (KYCN), Nieuwpoort in Belgium from the 20th to 24th August where a team of volunteers are already planning a week of great racing and hospitality.