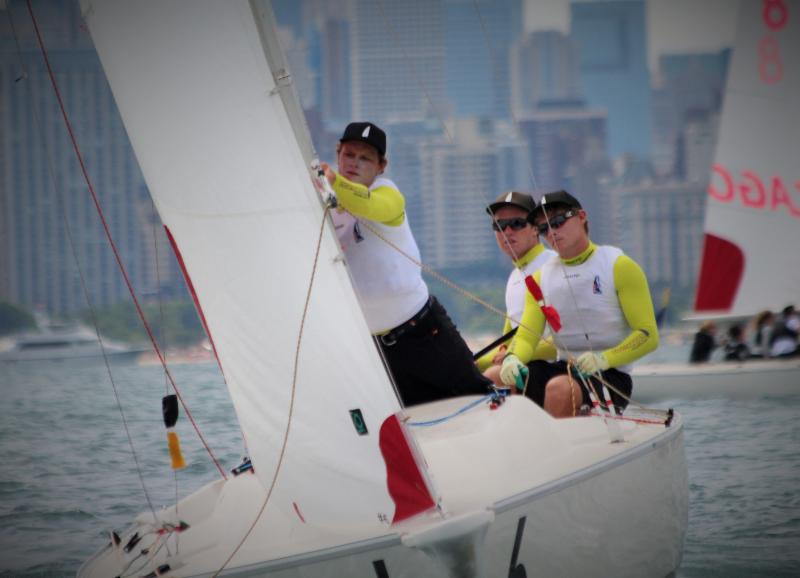 Chicago: This weekend Chicago Yacht Club and Chicago Match Race Center are co-hosting the first stop of the three-event, US Grand Slam Series.

The field of competitors includes twelve teams from five countries, seven of which are currently ranked in the top 100 in the World Sailing match racing rankings. Sailors will compete in CYC's fleet of Sonars just outside Belmont Harbor, alongside the Chicago Air & Water Show.

Champion of the 2016 Chicago Grand Slam and overall 2016 US Grade 2 Grand Slam Series, Harry Price, is back in Chicago to defend his title with his Down Under Racing teammates Murray Jones and Cameron Seagreen.

However, Price will face some pretty stiff local competition this weekend, including long time CMRC member Steve Lowery, who has podiumed at a dozen CMRC events and finished second in last year's Chicago Grand Slam.

Also racing is Will Boulden's Alpha Racing Team, ranked 18th in the world, is making a strong debut in Chicago. The two Australian teams – Boulden and Price – are currently tied on the top of the leaderboard with undefeated score lines in their first round robins.

The regatta began today with round robin racing. Sailors were seeded into two groups of six teams, from which the top three automatically advance to the Quarter-Finals. The three lowest finishing teams will compete in the Repechage Round Robin for the remaining two spots in the Quarter-Final's.

Half of the teams competing in Chicago will sail in the other two US Grade 2 Grand Slam events. After this weekend, they will head to Bayview, Michigan for the Detroit Cup and then continue to Oyster Bay, New York for the Oakcliff International. The winner of the US Grand Slam will earn an invitation to the 2018 Long Beach Yacht Club's Congressional Cup.

For the first time this year, the Chicago Grand Slam is a part of the Match Race Super League (MRSL). The MRSL was formed in 2017 to unite organizers and promote high level mono-hull match racing internationally. The Chicago Grand Slam is one of eight international events on the newly formed circuit, and “Chicago Yacht Club is excited to see mono-hull match racing on the rise again,” said Libbi Dust, CYC's Regatta Manager.

Complete results can be found at www.matchracingresults.com.