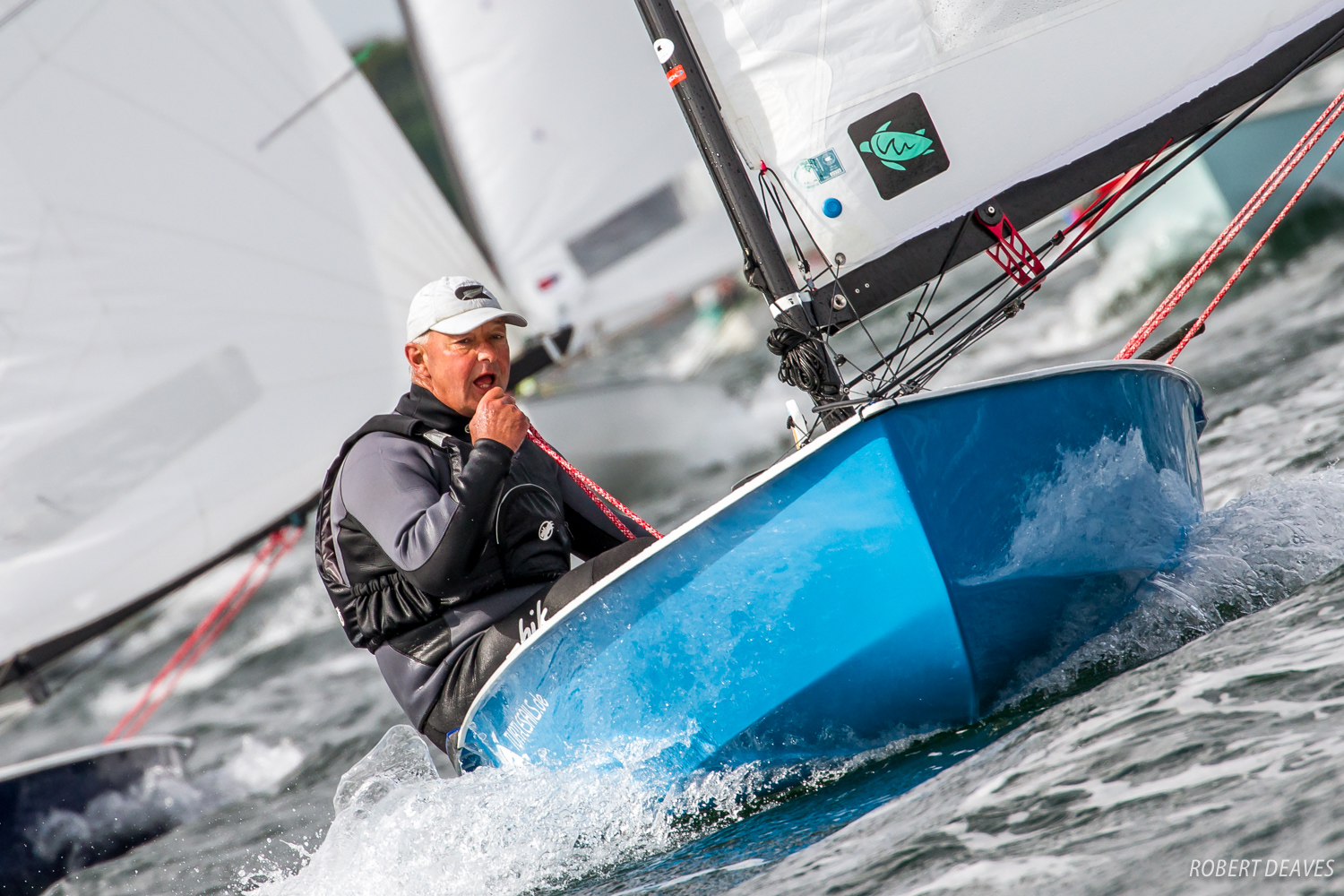 Greg Wilcox has returned to the top of the OK Dinghy World Ranking list for the third time since the World Ranking was created 12 years ago. He has spent more time at the top spot than any other sailor and has been in the top five for the past seven years.

Tomasz Gaj and Pawel Pawlaczyk from Poland record career bests in second and third, as does fourth placed Henrik Kofoed. The August release includes 488 sailors, 56 of whom sailed their first ranking event in 2017. The Wiorld Ranking list, and the numbers sailing OK Dinghy, keeps getting bigger.

Since the last release, Wilcox has not won any more events but his consistency at the top of the international fleets has paid dividends. A top 10 at the Worlds and the Europeans, with a second place at Kiel Week, was enough to retake the top spot he last held two years ago.

This release covers the World and European Championship and with both weighted so heavily, it’s no surprise that the top five did both events. Fifth placed Martin von Zimmermann moves back into the top five for the first time in three years.

Other events counting towards this release include the Swedish Sprint Cup, The Northern French Nationals, the New Zealand North Island Championships in Turangi, the Spring Cup in Medemblik, Kiel Week and Warnemunde Week.

Nick Craig won a record fifth world title In Barbados in May, but due to not sailing many other events doesn’t feature highly in thus release while, Jim Hunt is the leading Brit in sixth place, after placing second at the Worlds, and winning the Spring Cup and Kiel Week.

The European Championship in Faaborg, Denmark turned out to be one of the most competitive events ever, with 14 out of the top 20 ranked sailors taking part. The huge fleet of 130 boats was a great way to celebrate the classes’ 60th anniversary in 2017.

Former World No 1. Bo Petersen drops to seventh after skipping the Worlds and most other early events this season. His third place at the Europeans keeps him inside the top 10.

The OK Dinghy season now moves towards a string of National titles, in Germany, Denmark, Britain and Poland, which will all be included in the next release, before the down under season gets underway.