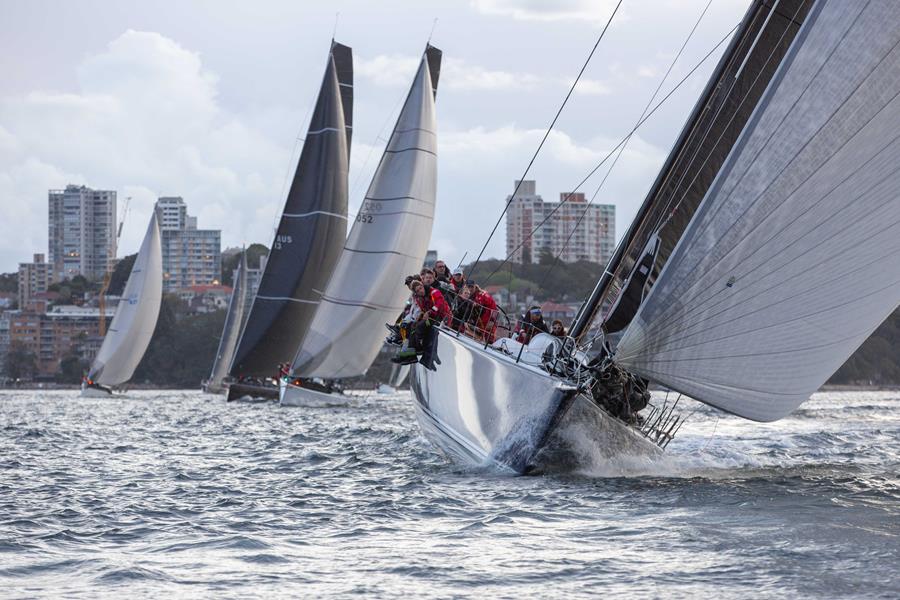 A run down Sydney Harbour in 8-12 knot sou’ easter for the 36 yachts taking part in the 215 nautical mile Newcastle Bass Island Race on Friday night, and it was on from the start as the bigger boats fought to be first out of Sydney Heads before turning left for Newcastle.

On early Saturday Chinese Whisper (David Griffith/Rupert Henry) was the lead boat and still 127 miles from the finish line at 7.30am. Navigating is Adrienne Cahalan with triple Olympian, Karyn Gojnich among the elite crew.

She was followed by Ichi Ban, Celestial and Quentin Stewart’s Infiniti 46r, Maverick. On board Maverick are the likes Kiwi whizz Stu Bannatyne, along with Aussie Olympic 49er campaigner brothers David and Lachy Gilmour. Former 29er world champion, Steven Thomas, is in the skipper role.

No Limit has retired with structural damage and Warwick Sherman’s Snowdome Occasional Coarse Language Too with rigging damage.

After sailing north and rounding the Newcastle mark off Stockton Beach, the yachts turn south making for Bass Island, some 100 nautical miles south off Port Kembla on the NSW south coast, before sailing the final 50 miles back to the Sydney Harbour finish line.