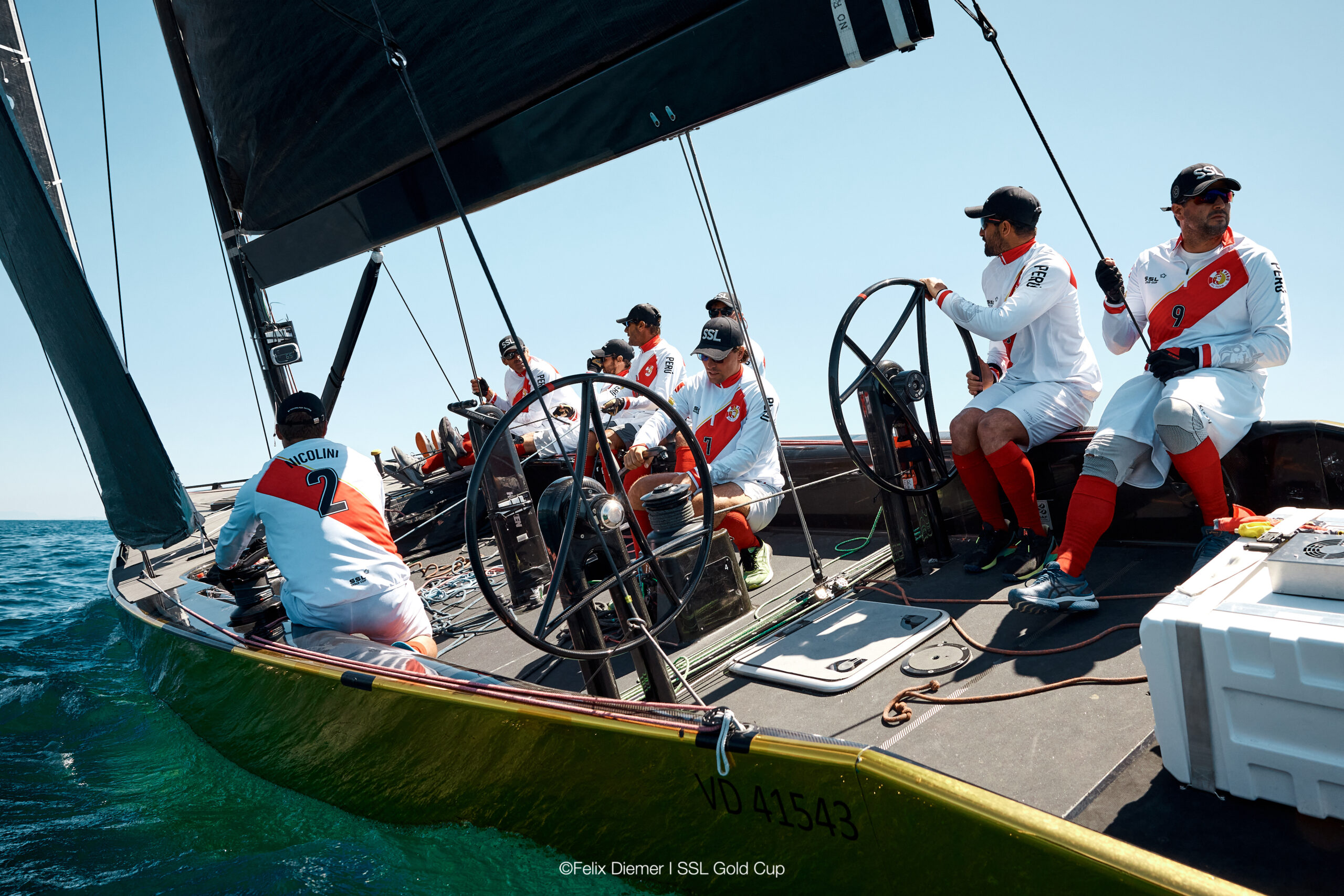 TEam Peru in the groove

Race 4: The Navigators turn tables
SSL Team Portugal clinched a crucial victory to keep their qualification hopes alive, but it was not all plain sailing.

For the ‘navigators’, disaster almost struck at the halfway point when they dropped their spinnaker in the water. But with the wind pressure favouring their side of the course in Leg 3, they overtook the fleet to take their first win.

Alican Kaynar’s Young Turks were the other major beneficiaries of the split conditions, following SSL Team Portugal over to the right side and securing a vital 3 points in 2nd place.
Leading after an impressive first half to the race, SSL Team Bulgaria lost a lot of ground in the decisive second upwind leg.

Dominant yesterday, for SSL Team Czech Republic there was only disappointment. Lucky to escape a penalty when they narrowly avoided jumping the start, they trailed the fleet for the whole of the race.

For the second race in a row, SSL Team Bulgaria led from the off, taking a commanding lead by the halfway mark. Unlike the previous race, this time they kept their composure to close out the victory.

Having started the day bottom of the table, SSL Team Portugal were clearly enjoying the lighter winds on Day 3. While they could not match the impressive Bulgarians, Joao Rodrigues’s team looked comfortable throughout, capping a fine comeback day with 2nd place.

Golden Day denouement
One day, one last race remains. Four teams separated by just two points. Who will make the most of tomorrow’s Golden Day double points to book their place in Bahrain later this year? Don’t miss the final denouement unfolding live on YouTube tomorrow.