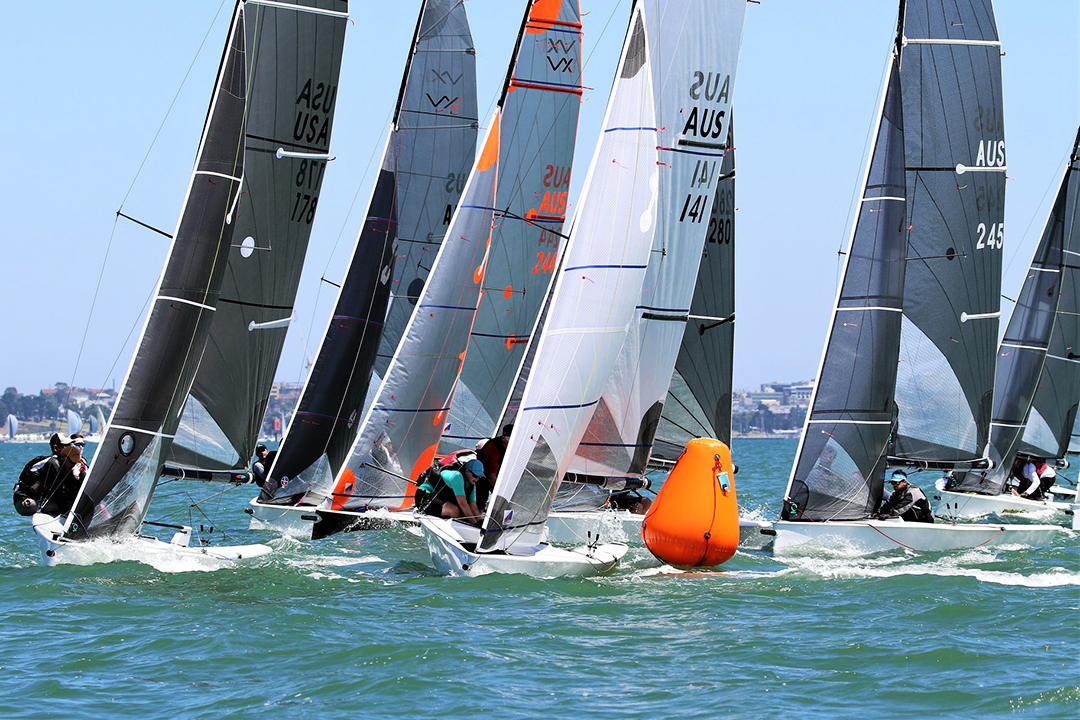 By popular demand, the Australian Sports Boat Association (ASBA) is returning to Sail Port Stephens for an unprecedented third consecutive year to stage its 2019 national titles. And joining them for the first time is the VX One class for its NSW championship.

Plans to run the ASBA nationals at Geelong’s Festival of Sails fell short in fleet size, however a newly elected committee quickly opted to return to Port Stephens from 12-14 April, based on past successes.

With feedback being exceptionally positive, and the venue central to both Queensland and Victoria, they’re confident of 10 to 15 starters.

“I’m yet to sail my own boat there but, from everything I’ve heard, it’s an absolute paradise and a great place to sail,” Queensland-based Association Secretary Jamie Berndt said. “I’m really looking forward to doing some passage racing as well as the windward-leewards, so we can settle in on the longer spinnaker runs.”

New ASBA president Paul Hayes is also aiming to round up some fellow Victorians to mix it with the NSW contingent of J70s, Melges 24s, Thompsons and others.

Boats to watch include the Egan 7 Crank of Andrew Wiklund from Royal Queensland Yacht Squadron and Berndt’s Shaw 650, which is coming off a win in the Surf to City race and a second placing at Airlie Race Week.

That said, Andrew York is again the man to beat in SMS as he aims for a third crown aboard Reo Speedwagon. It’s the final hurrah for the modified VX1 in York’s hands, as a new Reo will be launched two weeks later.

Still, the Sydney sailor is confident there’s another win in the tank, even in a development class like the sports boats.

“I beat a bunch of boats at Geelong, so I think we’ll have to start favourite,” he said. “We rate about the same as a boat of 6.5 metres but are a knot quicker upwind.”

The boat was optimised to SMS using a philosophy of light displacement, form stability and smallish rig. Crew weight in sports boat trim is around 265 kilos, allowing the hull to plane early and accelerate in gusts.

York also feels at home at Port Stephens: “I think it’s a terrific venue. It feels like you’re on holidays as soon as you arrive,” he added.

Having competed with ASBA for a number of years, coming to Sail Port Stephens for its own one-design title is a rite of passage and portend of bigger things to come for the VX One.

The recent nationals attracted 27 entries, and this time they’re conservatively estimating a dozen or so. Four boats are based in NSW, which means a few hardy interstaters will be hitting the road.

“We got lots of attention at Geelong and that’s exactly what we’re hoping to get again,” spokesman Andrew Divola said. “We want to build the class in NSW and make the State title a regular fixture at Sail Port Stephens.

Divola became hooked after skippering a boat for new owner. His own background includes 18-Footers, Windsurfers and more recently 16-Foot skiffs, serving as club coach at Manly in Sydney.

“I tell people, ‘when you retire from skiffs or any high-performance dinghy, this is the class to get into’. They’re a little more sedate but you still get some good rides and bang-for-buck racing.

“It’s a turn-key package that includes a set of sails and carbon rig for just 40 grand and, being one-design, it’s a true test of the sailor’s ability and not their bank balance.”

The VX One’s all-up weight of 200-kilograms is only a fraction heavier than modern 18-Foot skiffs but they’ll generally right themselves thanks to the bulb keel and have a chute to douse the asymmetric kite. The current speed record in Australia is said to be 25 knots.

Both fleets will call Soldiers Point home during Sail Port Stephens from 12-14 April as it’s handy to a three-lane boat ramp and Port Stephens Yacht Club. ASBA and VX One skippers can enter at https://www.topyacht.com.au/db/kb/1054 and download the Notice of Race at http://www.sailportstephens.com.au/racing/notice-of-race/.

Sail Port Stephens is proudly supported by the NSW Government via its tourism and major events agency Destination NSW, along with sponsors including Port Stephens Council, Pantaenius Insurance, Garmin and Bannisters Port Stephens.