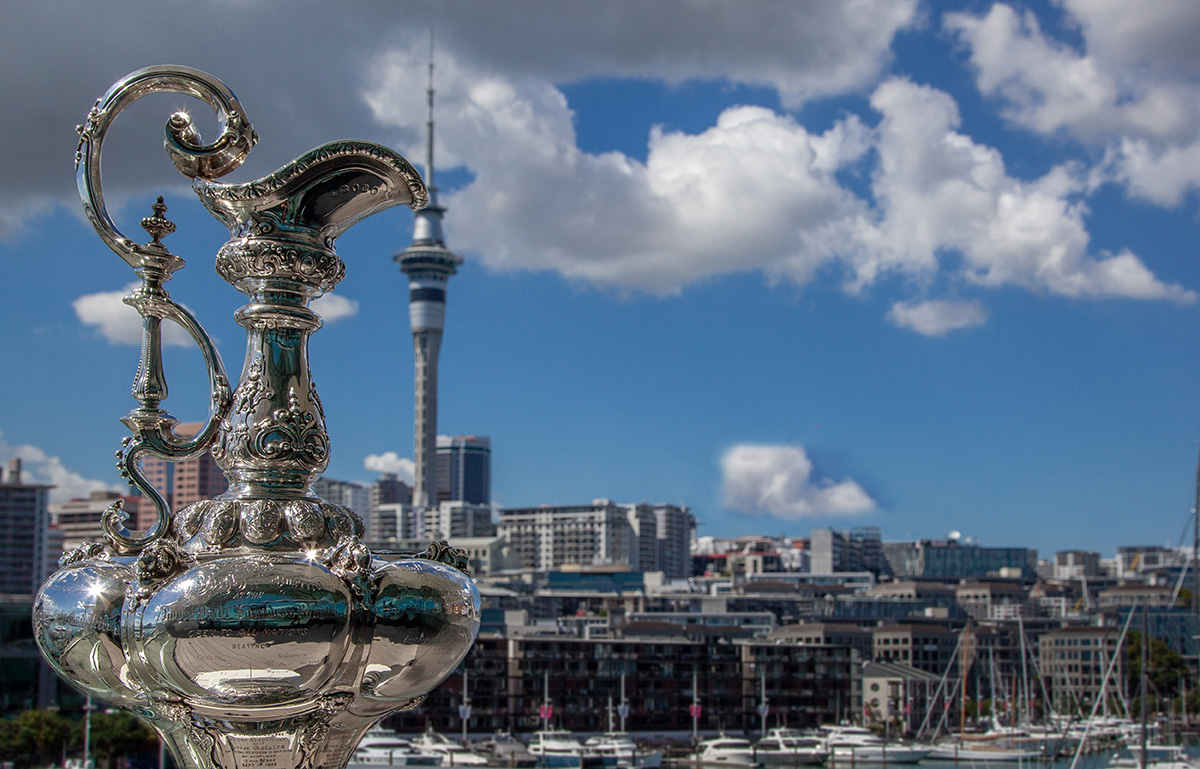 The plans for the 36th America's Cup presented by Prada are progressing, with clearer guidelines now set for the future.

Following on from meetings held in Auckland last week between the Defender and Challenger of Record, an agreement has been reached to resolve a series of issues in the best interest of the event.

Patrizio Bertelli, CEO of the Prada Group and Chairman of the Challenger of Record met with the Defender, Emirates Team New Zealand, in Auckland and an agreement was reached to resolve a number of pending issues, some of which were already before the Arbitration Panel.

Together they have agreed all current outstanding issues including a mutually agreed settlement to the America’s Cup Arbitration case filed on the 12th of February 2019 regarding the dispute on the validity of late entries. Under the settlement agreement an amendment to the Protocol allowing the deferred payment of the late entry fee has been agreed and the validity of the three late entry challenges accepted.

The settlement therefore clears the way for the Defender and Challenger of Record to continue to work progressively on planning the 36th America’s Cup presented by Prada as well as all associated events between now and the end of the event in March 2021.

“We welcomed Mr. Bertelli and his team to Auckland and appreciated his positive engagement to the event. We share an overarching desire for this event in 2021, as well as all lead up events, to be remembered as the best America’s Cup ever,” said Emirates Team New Zealand CEO, Grant Dalton.

“It is no secret there have been some outstanding issues that needed to be resolved, but the fact that Mr. Bertelli took the time to personally come down to Auckland is testament of the mutual respect between us, which bodes well for the event in general. The path is therefore now clear for the late entries to continue building their respective campaigns to try to participate and the Defender and Challenger of Record will give whatever support they can.”

Mr Bertelli and Grant Dalton also met with the Hon David Parker and Mayor of Auckland, Phil Goff to discuss the plans for the event and presented Mr. Bertelli’s vision for the America’s Cup village which were well received, details of which will be released in due course.

“It was an honour and a pleasure to meet the Hon David Parker MP and Mayor Goff, to share the Challenger of Record’s vision for the Event Village of 36th America's Cup. This time spent in Auckland was very important for me to understand how to best integrate our event with the New Zealand culture and with its unique waterfront. It sends a strong signal of friendship and cooperation for the months to come,” said Patrizio Bertelli.

Download Amendment 03 to the Protocol of the 36th America's Cup