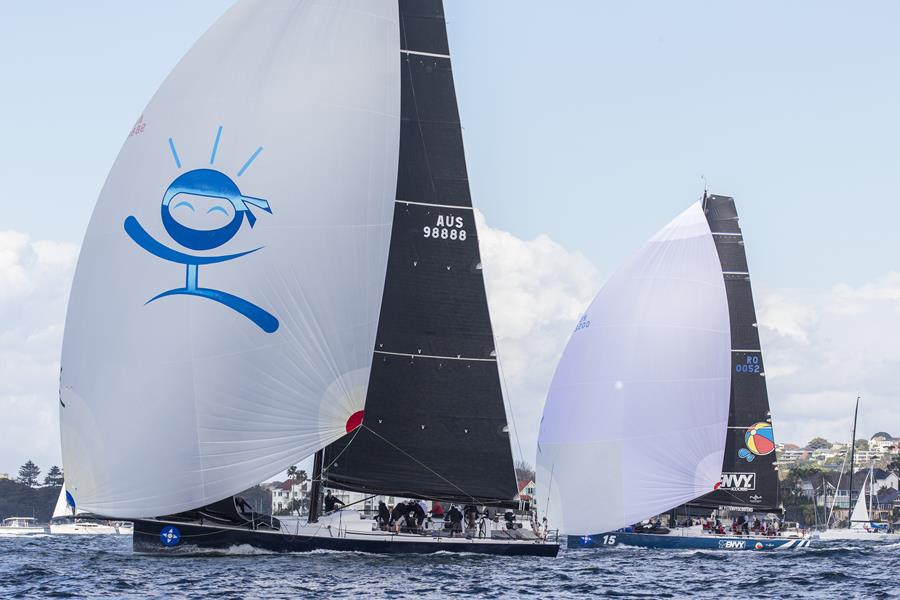 While the smaller Wild Oats X, a RP66, led, the rest of the fleet followed in her wake as the wind swung around to the south-east, the yachts dropping their kites on approach to the Heads, before turning left for Southport and re-hoisting.

Chinese Whisper and No Limit raced neck-and-neck down the Harbour before Chinese Whisper. Matt Allen’s TP52, Ichi Ban, still using her number 2 rig following her dismasting in the Brisbane Gladstone race, was also up there.

Ichi Ban gybed away from the fleet halfway down the Harbour, allowing the other T52s to sail through her. Envy Scooters led the TP52s, closely followed by Matt Donald/Chris Townsend’s Gweilo.

At the final race briefing this morning, the Bureau of Meteorology confirmed that the light south-to-south-westerly winds will be dominant for the next two-and-a-half days. It is expected to slowly increase to 15 knots as the front-runners approach the Hunter region.